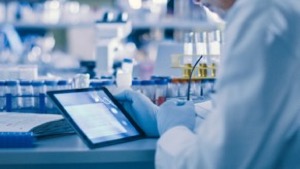 The National Institute of Health (NIH) conducted a study called the Farming and Movement Evaluation (FAME), which investigated claims that exposure to paraquat was associated with a heightened risk of developing Parkinson’s disease. Paraquat is a popular herbicide that is widely used on commercial farms throughout the United States. Data from the Farming and Movement Evaluation uncovered that those exposed to paraquat were roughly 2.5 times more likely to suffer from Parkinson’s. Other studies have shown that contact with paraquat increased young adults’ risk of developing Parkinson’s by as much as 600%.

According to the United States Census Bureau’s latest projections, by 2030, approximately 1,238,000 Americans will be suffering from Parkinson’s. Second to Alzheimer’s disease, Parkinson’s is the country’s largest progressive degeneration disorder. The neurodegenerative disease causes a significant deterioration of dopaminergic neurons in the brain. Typical symptoms of Parkinson’s include tremors in the arms and legs, declining coordination and balance, stiffness of muscles of the limbs and body, loss of automatic movements, slow movement, difficulty talking, and trouble swallowing.

If you, or a family member, have suffered from chronic health problems, such as Parkinson’s, after coming in contact with paraquat, it is crucial to contact the Dietrich Law Firm P.C. Our elite attorneys believe that nothing would be worse than allowing careless companies to get away with destroying the lives of innocent victims. Jed Dietrich, Esq., highly praised as an Attorney and Practice Magazine’s Top 10 Personal Injury Attorney, and his top rated team of toxic tort attorneys are passionately devoted to fighting for the legal rights of paraquat exposure victims. For more than 20 years, Jed Dietrich, Esq. has exclusively litigated serious personal injury cases, including many lawsuits against negligent herbicide manufacturers. Retaining the best possible personal injury lawyer in Buffalo, New York, will force the responsible paraquat manufacturer to take your case seriously. The Dietrich Law Firm P.C.’s seasoned team provides free, no-obligation case evaluations. Our battle-tested attorneys are available 24 hours a day, 7 days a week, by dialing 716-839-3939 or by completing the online consultation form. There has never been a better time for us to review the details of your case. 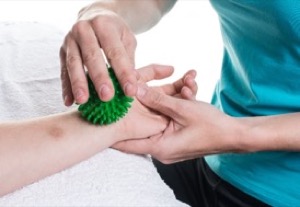 Unfortunately, even with all the advancements in modern-day medicine, no cure for Parkinson’s disease exists. Further, there is no standard or one size fits all approach for treating this neurodegenerative disease. Everyone with Parkinson’s must be individually evaluated to determine their most effective course of treatment. Treatment is highly contingent on the patient’s degree of functional impairment, level of cognitive impairment, ability to tolerate antiparkinsonian medications, and the attending physician.

Both prescription medications and surgical therapies also depend on various factors, such as the patient’s age, preexisting health conditions, and tolerance for specific procedures. Since a majority of symptoms related to Parkinson’s are caused by a deficiency of dopamine in the brain, many medications are designed to replenish or mimic the patient’s dopamine. This class of drugs, called dopaminergic medications, generally help decrease muscle rigidity, reduce tremors, and improve speed and coordination of movements. Other common remedies for treating symptoms of Parkinson’s include:

DID YOU, OR A SOMEONE YOU CARE ABOUT, DEVELOP PARKINSON’S DISEASE AFTER BEING CARELESSLY EXPOSED TO PARAQUAT IN BUFFALO, NIAGARA FALLS, ROCHESTER, OR OTHER PARTS OF NEW YORK STATE?

PLEASE CONTACT JED DIETRICH, ESQ. AND HIS OUTSTANDING AND HIGHLY EXPERIENCED TEAM OF BUFFALO, NEW YORK PARAQUAT PARKINSON’S DISEASE ATTORNEYS AT 716-839-3939 NOW TO OBTAIN THE REPRESENTATION THAT YOU DESERVE!

Contingent on the severity of the Parkinson’s and overall medical profile, the patient’s doctor may recommend surgery as a viable treatment option. Several types of surgical procedures are aimed at improving the tremors and rigidity that frequently accompany the disease. Three types of surgeries commonly performed on patients with acute Parkinson’s include:

It is imperative to remember that surgery may relieve some symptoms of Parkinson’s but will not stop the disease’s progression or cure it.

Hundreds of claims have already been filed by those who developed Parkinson’s after being exposed to paraquat. Victims allege that manufacturers of paraquat knew about the neurological dangers associated with their products. Our veteran team of lawyers highly recommend that you consult with us about your possible claim as soon as possible. Insurance companies and careless companies have paid Jed Dietrich, Esq., at least $1,000,000.00 or more 38 times to compensate his clients. The Dietrich Law Firm’s impeccable results can be attributed to our vast legal expertise and elite reputation. You have absolutely nothing to lose by retaining Western New York’s finest personal injury law firm. Our outstanding team will take your case on a contingency fee basis, meaning you will never pay any up-front fees for our world-class legal services. Jed Dietrich, Esq. would be honored to discuss your paraquat case in person. Our battle-tested attorneys are available 24 hours per day and 7 days per week at 716-839-3939 or by completing the online consultation form.