Contact Jed Dietrich, Esq., Distinguished as a New York Super Lawyer, and His Team of Aggressive, Tenacious, and Hardworking Attorneys at the Dietrich Law Firm P.C., Recognized as an American Institute of Personal Injury Attorneys 10 Best Personal Injury Law Firm, if You Have Been Seriously Injured in an Accident in Buffalo, New York; Niagara Falls, New York; Rochester, New York or Throughout New York State. 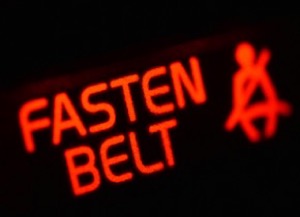 Sometimes personal injury cases are not as straightforward as most people would like to believe. In many instances, one party may not be solely responsible for the accident. More than one party can share a portion of the blame. This can leave accident victims wondering if they can still recover monetary compensation for their damages. Under New York law, if you have been harmed in an accident, even if you were partially at fault, you may still be entitled to recover damages. The legal doctrine of comparative negligence allows juries to award victims compensation for their losses but decrease it by the percentage that they were at fault. Although New York’s comparative negligence law makes recovering damages easier, it can also complicate personal injury cases. Insurance companies and defendants can claim that the victim’s negligence was a contributing factor to their injury or accident, which can significantly impact the amount of recoverable compensation.

Even if you think that you were to blame for your accident or injury, an experienced personal injury attorney may be able to recover at least part of your damages. That is why it is crucial to consult with Jed Dietrich, Esq., recognized as an Attorney and Practice Magazine’s Top 10 Personal Injury Attorney, if you have been involved in an accident. Our battle-tested lawyers will implement the most effective legal strategies to counter comparative fault claims, improve your probability of receiving the maximum compensation for all injuries suffered, and guarantee that justice prevails. Victims of personal injury accidents may be forced to deal with costly hospital bills, lost wages, pain and suffering, loss of consortium, and decreased quality of life. Pursuing a personal injury claim against the responsible party may be one of the most important things you do.

Just because someone is a lawyer does not mean that they are qualified to handle your case. Victims need the best personal injury attorney in Western New York fighting in their corner. Since 1999, Jed Dietrich, Esq., a proud member of the Million Dollar Advocates Forum, has exclusively handled serious personal injury cases. Jed Dietrich, Esq. has battled to obtain over $175 Million in verdicts and settlements for victims who were injured in Buffalo, New York, and beyond. While no amount of money can erase the harm caused by your injuries, compensation can help lessen your financial burdens and pay for your damages. Our honorable commitment to exceeding your expectations and delivering an exceptional outcome is what sets us apart from the competition. The Dietrich Law Firm P.C.’s seasoned team offers complimentary lawsuit evaluations and consultations. We would be honored to speak with you about your case. Our skilled team is available 24 hours a day, 7 days a week, at 716-839-3939, or by filling out the online consultation form. There is never a fee unless we WIN for you! 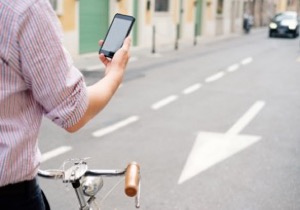 If you file a personal injury lawsuit against someone else, they may claim that you were partially responsible for your injuries. After being seriously injured due to someone else’s negligence, it can be difficult to imagine that you did anything to contribute to the accident. Nevertheless, sometimes courts determine victims have some level of fault. Often, in ways, they would never even consider. Some situations where accident victims could be found at fault include:

The defendant has the burden of showing that the plaintiff was at least partially at fault. In the above cases, the plaintiff’s damages could be reduced by the percentage they determined to be at fault. It is worth noting that even though a victim’s conduct was wrongful, it does not mean that he or she automatically contributed to the accident.

WERE YOU, OR LOVED ONE, SERIOUSLY INJURED IN AN ACCIDENT CAUSED BY ANOTHER PERSON’S NEGLIGENCE IN BUFFALO, NIAGARA FALLS, ROCHESTER OR OTHER PARTS OF NEW YORK STATE?

CALL JED DIETRICH, ESQ. AND HIS TOP RATED AND HIGHLY EXPERIENCED TEAM OF BUFFALO, NEW YORK PERSONAL INJURY ACCIDENT LAWYERS AT 716-839-3939 NOW TO OBTAIN THE HELP THAT YOU NEED!

How is Compensation Determined in a Comparative Fault Case?

Generally, insurance companies and defendants will exert every possible means to decrease their liability and save money. While extensive case law provides guidelines to the courts, each judge or jury must apply the facts of the case to determine how much fault should be attributed to the parties. The difference in a fault determination of only a few percentage points could add or subtract thousands of dollars to a victim’s damage award. Thus, it is crucial to have an experienced personal injury lawyer who understands all of the nuances of comparative fault and has developed effective strategies for obtaining the maximum compensation in these complex cases.

In New York State, plaintiffs are not prohibited from recovering compensation in personal injury cases even if they are responsible to some degree. The amount a plaintiff recovers will be reduced in proportion to the extent they are at fault. For example, a plaintiff who is found to be 49 percent to blame for causing an accident can still recover compensation from a defendant who was 51 percent at fault, although the damages recovered would be reduced by 49 percent. If we assume that the damages were assessed at $100,000, it means that the plaintiff would recover $51,000.

Jed Dietrich, Esq. and his seasoned team of personal injury lawyers in Buffalo, New York, have a proven track record of obtaining justice for accident victims. After suffering a severe injury, your number one focus should be on recovery. Our veteran team is here to assist with everything else. The Dietrich Law Firm P.C.’s highly experienced team possesses the skills and knowledge necessary to diligently investigate your accident and make certain that you are in a position to obtain the highest possible recovery for your damages. Call Jed Dietrich, Esq., recognized as a National Trial Lawyers Top 100, and his top rated team of attorneys today at 716-839-3939 so that we can help you! We are available 24 hours per day and 7 days per week.