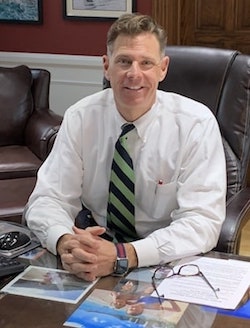 Joseph E. (Jed) Dietrich, III, Esq., the President of the Dietrich Law Firm P.C., has been practicing serious personal injury litigation in Buffalo, New York for over 20 years. Mr. Dietrich has tried in excess of 100 cases to verdict.

On more than 30 occasions insurance companies have paid Jed Dietrich $1 Million, or more, to resolve personal injury claims. Jed Dietrich has collected in excess of $175 Million on behalf of his clients since 1999.

Mr. Dietrich is known to be:

Mr. Dietrich is Known to be Extremely Competitive

Mr. Dietrich is known as an “A” type personality. He is highly energetic and very competitive. He uses that energy and competitiveness to attempt to obtain maximum compensation for each of his clients.

The Difference Between the Dietrich Law Firm P.C and Other Law Firms

Jed Dietrich established the Dietrich Law Firm P.C. in 2005 to exclusively represent those seriously injured through the negligence of others.

The Mission Statement of the Dietrich Law Firm P.C. is:

To Provide the Highest Level of Personal Injury Service to Every Client.

There are many other lawyers and law firms that practice personal injury law in Buffalo, New York; however, the Dietrich Law Firm P.C. is known to practice in the Dietrich way which is:

On a monthly basis, Mr. Dietrich conducts office-wide meetings to focus on the most important aspects of serious personal injury litigation in Buffalo, New York.

In these meetings Mr. Dietrich highlights:

Mr. Dietrich, as a result of his competitive nature, is happy to proceed to trial should the insurance companies not provide a fair offer to settle a client’s claim.

Mr. Dietrich, and his associate lawyers, provide their cell phone numbers to each and every client. Mr. Dietrich believes that this fosters close communication and a personal relationship between the clients and the attorneys of the Dietrich Law Firm P.C.

Mr. Dietrich has been honored with membership in the following organizations:

Mr. Dietrich has also led his firm to be recognized with a:

Mr. Dietrich is admitted to practice law in the states of New York, Pennsylvania and Utah.

Mr. Dietrich has been a legal presenter and a guest lecturer for:

Mr. Dietrich has also been a frequent legal commentator on the AM Buffalo Television Show, a local television program in Buffalo, New York.

Mr. Dietrich is a member of the following legal organizations:

Mr. Dietrich started his legal career immediately out of law school with the Erie County District Attorney’s office as an Assistant District Attorney, prosecuting matters in the towns of Hamburg, Cheektowaga, Tonawanda, Collins, Kenmore and Sardinia.

Mr. Dietrich obtained guilty verdicts in each and every case that he tried in the Cattaraugus County District Attorney’s Office at both the felony and the misdemeanor levels.

Mr. Dietrich took this extensive courtroom experience from the District Attorney’s Offices into private practice in 1999. He has been practicing law representing those seriously injured by the negligence of others for over two decades.

Mr. Dietrich enjoys the competitiveness of a legal argument and he was known to be a natural “arguer” from a very young age.

Mr. Dietrich attended and graduated from the State University of New York at Buffalo School of Law in 1995.

Mr. Dietrich is a 16 time National Champion in the sport of rowing.

At Temple University Mr. Dietrich was on a rowing scholarship and he won the Dad Vail National Rowing Regatta in the Varsity Heavy 8 three years in a row, namely 1989, 1990 and 1991.

After his undergraduate studies, but before attending law school, Mr. Dietrich was named the Canadian sculler of the year in 1992, having won the top 3 Heavyweight Single events at the Royal Canadian Henley Regatta in 1992. Mr. Dietrich set the course record on two occasions in 1992 at the Martindale pond rowing venue in St. Catherine’s, Ontario, Canada. That same year, Mr. Dietrich placed 12th in the United States Olympic Trials in the Heavy Single scull. The top 8 individuals were selected to represent the United States in the Olympic Games in Barcelona, Spain in 1992. 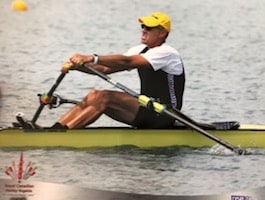 Mr. Dietrich is also a highly competitive Masters Swimmer having broken the 1-minute mark in the 100 Yard Freestyle at age 45.

In 2017, Mr. Dietrich returned to competitive rowing, after a 25-year hiatus. In 2018 he won the Royal Canadian Henley Masters Regatta in the Masters single event for 45 to 50-year-old competitors.

Mr. Dietrich’s personal philosophy is to aggressively and tenaciously conquer every objective that he attempts with hard work and discipline.

Mr. Dietrich is a native of Buffalo, New York having been born at the Children’s Hospital of Buffalo in 1969. Mr. Dietrich resides in Western New York with his wife Colleen Dietrich, Esq. who is also a member of the firm and his three children.

American Association for Justice
Member Since: 2000

Marquis Who’s Who in American Law
Member Since: 2007

Better Business Certified A+
Member Since: 2007

In 2007, a 37-year-old woman was swimming in a public pool in the City of Buffalo when she suffered a seizure and a near-drowning occurred.

The lifeguards at the pool, who were municipal employees, were found to be negligent. As a result of this case, I have had occasion to become familiar and friendly with the preeminent expert on drowning cases in the world, Jerome Modell, M.D., D.S.C. (Hon.). Dr. Modell has written the seminal text on drowning in the world; The Pathophysiology and Treatment of Drowning and Near-Drowning. I am uniquely qualified to handle drowning cases.

I am also personally familiar with and have worked with Jeffrey Ellis who is the preeminent trainer of lifeguards in the world. Mr. Ellis owns Jeff Ellis & Associates, Inc. I worked closely with Mr. Ellis on our client's case to define the duty, breach of that duty by the lifeguards in this incident and the damages, which resulted in a $7,000,000 settlement.

Attached herewith is the New York Verdict Search Report of this case.

In November of 2004, a 58-year-old man was a pedestrian who was struck by a truck while attempting to assist another motorist on a roadway. The man, who previously was an avid marathon runner, suffered a severe injury to his lower extremity. This required several surgeries.

The 58-year-old man had run the Boston Marathon on two occasions prior to this injury, and further ran every day for 28 years prior to the accident. This injury precluded him from ever running again as competitively as he did before.

In preparation for trial, I met with my client's treating surgeons and prepared the case for mediation which ultimately resulted in a $2,200,000 settlement.

I have represented multiple plaintiffs who have sustained brain injuries and spinal injuries culminating in many multi-million-dollar settlements as a result of automobile injury cases, employment-related injuries and drowning negligence.