Were You Hit by a Car, SUV or Truck While Walking? We are Top Rated Lawyers Who Focus on Getting the Best Result for People Who Were Injured by Cars, SUVs or Trucks 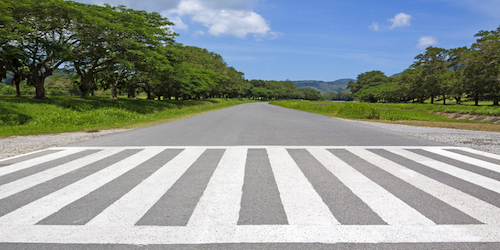 This case was against a negligent bus driver who struck a 48-year-old man in a crosswalk, in Hamburg, New York. The bus driver’s company was also a defendant under the doctrine of Respondeat Superior.

Respondeat Superior is the New York State Law that says that employers are responsible for the negligent actions of their employees. Jed Dietrich, Esq. and the top rated lawyers at the Dietrich Law Firm P.C. have significant and vast experience handling personal injury cases against drivers who hit people who were walking.

Many drivers of cars, SUVs and trucks injure pedestrians in the City of Buffalo, New York.

In 2017, there were 474 car accidents involving Erie County pedestrians.

13 of those accidents resulted in a fatality.

If you were injured while walking because of a negligent driver, call our highly rated Buffalo, New York pedestrian accident lawyers now at 716-839-3939 for a free consultation. We will battle to obtain the best result for your personal injury. We will make sure all of the applicable paperwork is submitted on time so that you may focus on what is important; your recovery.

Age is also a risk factor for injuries to walkers.

13% of all car accidents involving a walker in 2015 involved an adult over the age of 65. Older individuals have a tendency to walk slower than most pedestrians. They also use walkers, canes and other assistive devices.

Young children play in our streets. This puts kids in danger. Many children are shorter than the windows in your car, SUV or truck. This can lead to a dangerous accident.

It is important to check around the exterior of your vehicle prior to backing up.

Tragically, the Buffalo News has reported many deaths as a result of drivers not checking behind their cars before backing out of driveways.

People Who Walk At Night Are In Danger

It is more difficult to see people who walk at night. Night vision problems may be caused by:

More than 24.4 million Americans 40-years-old or older have cataracts. A cataract is a cloudy lens in your eye. It can make objects appear blurry or less colorful. Cataracts make it very difficult to see while driving at night. They are typically caused by aging, meaning older drivers are more likely to be affected.

Fuchs’ dystrophy is a disease of the cornea of the eye which results in fluid buildup in the eye. It can make objects cloudy and can cause blisters in the cornea.

Nystagmus is a disease in which your eyes move uncontrollably from side-to-side, up-and-down or in a circle. Often, it is the result of a serious medical condition or drug and alcohol use. The constant movement of the eye can result in blurry vision, which is significantly worse at night.

Retinis pigmentosa is a serious medical condition in which the retina loses its ability to respond correctly to light. It is typically the result of genetics. As this condition progresses, you start to lose night vision and the time it takes for your eyes to adjust to darkness increases drastically.

All of the aforementioned medical conditions can result in serious injuries. When pedestrians are walking at night, they are at an increased risk of not being seen by a driver who has these night vision problems.

It is imperative for drivers on the road to recognize any slight vision problems and promptly seek medical assistance.

Still, too often drivers attribute vision problems with tiredness and fail to seek the proper treatment.

Jed Dietrich, Esq. and his top rated team of lawyers and paralegals at the Dietrich Law Firm P.C. will thoroughly investigate all of the medical records of a negligent driver to determine if any of the medical conditions described above may have contributed to your accident.

It Is Dangerous To Walk On Niagara Falls Boulevard

Our Buffalo, New York personal injury attorneys are dedicated to providing superior personal injury representation for pedestrian injuries and wrongful death accidents. We are available for a free consultation at 716-839-3939, 24 hours a day and 7 days a week. There is never a fee until we WIN for you.

If you walk near cars, SUVs and trucks, remember to:

An informational video published by the New York State Department of Health regarding safety practices for pedestrians who walk at night can be found here.

Our team of top rated personal injury accident lawyers, who focus on representing those who are hit by a car while walking, encourage you to be safe when sharing the road.

In the unfortunate event that you were injured as a result of a driver’s negligence, we will tenaciously fight for your lost wages, medical bills and pain and suffering. Our excellent results show that we will battle to obtain the best possible result for your personal injury case.

Who Pays for My Medical Bills and Lost Wages?

New York State is a No-Fault state. This means that the No-Fault insurance policy for the owner of the car, SUV or truck that hit you will be responsible for paying your medical bills and lost wages.

Do I Still Have a Claim if My Accident was a Hit and Run?

If the driver who caused your accident left the scene, you may still have a case. It is important that you give all of the information that you have regarding the vehicle or driver that hit you directly to the police so that they can attempt to locate the driver.

A hit and run driver may face criminal charges for fleeing the scene of an injury accident. Our attorneys will quickly and thoroughly investigate hit and run pedestrian injury cases for you.

I was Hit Outside of the Crosswalk. Do I Still Have a Case?

Even if you were improperly crossing the street at the time of your accident, you may still have a case. Drivers have a general duty to yield to pedestrians. Call us now to find out more.

Our knowledgeable and highly rated attorneys will review your case for free and fight to get you maximum compensation for your injuries. We are available 24 hours per day, 7 days per week and there is never a fee until we WIN for you!