Jed Dietrich, Esq. and His Team of Lawyers and Paralegals at the Dietrich Law Firm P.C. Battle to Obtain the Best Results for People Injured in Motorcycle Accidents in Western New York

According to reports by the National Highway Traffic Safety Administration, 5,286 people in the United States died in motorcycle accidents in 2016. Unfortunately, motorcycle fatalities have risen in recent years. 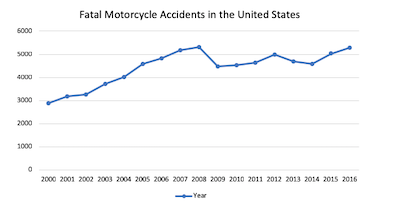 In addition, the New York State Department of Motor Vehicles reported that in 2014 over 85% of all motorcycle crashes in New York resulted in personal injuries.

If you suffered an injury in a motorcycle accident, you deserve the best personal injury lawyer in Buffalo, New York to handle your claim. Jed Dietrich, Esq., recognized as a Best Lawyer of America and New York Super Lawyer, and his top rated team of Buffalo, New York motorcycle accident lawyers have settled $175,000,000.00 on behalf of their clients. They will fight for the best possible result for YOU! 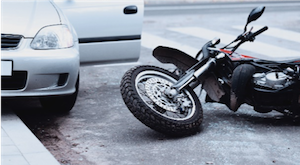 Jed Dietrich, Esq. obtained a $750,000.00 settlement for a 52-year-old man who was injured in a motorcycle accident after a vehicle failed to yield the right-of-way and crashed into him. The man suffered two right ankle fractures, two left hand fractures, peripheral vascular disease and deep venous thrombosis. He also required four complex surgeries as a result of the accident.

Jed Dietrich, Esq. fought to obtain compensation for his client by:

Jed Dietrich, Esq. and his team of trial lawyers fight hard to obtain the best results for people who were injured in motorcycle accidents in Buffalo, New York. Call the Buffalo, New York motorcycle accident lawyers of the Dietrich Law Firm P.C. immediately for your free consultation. We can be reached 24 hours a day, 7 days a week at 716-839-3939. We will come to you and there is never a fee until we WIN for you.

Motorcycle accidents are often the result of actions of a negligent motor vehicle driver. This means that the driver failed to operate their vehicle as would a reasonably prudent person would under the same or similar circumstances. Although a motor vehicle driver may quickly check his or her rear and sideview mirrors for other vehicles, motorcycles are much smaller and can be overlooked if the driver is not careful.

Negligent driving conduct that often results in motorcycle accidents include:

Were you injured after a motorcycle accident caused by someone else’s negligence? If so, Jed Dietrich, Esq. and the top rated Buffalo, New York motorcycle accident lawyers of the Dietrich Law Firm P.C. are here to help. Call us at 716-839-3939 for a free consultation.

However, motorcycles are not considered to be motor vehicles under the New York State Insurance Laws and are not offered the benefits of No-Fault insurance due to the dangerous nature of motorcycling and the high risk of injury or death following an accident. As such, the serious injury requirement does not apply.

This means that you may be eligible for compensation for any injuries that you sustain after a motorcycle accident caused by someone else’s negligence.

Contact the Dietrich Law Firm P.C.'s aggressive, tenacious and hardworking motorcycle accident lawyers at 716-839-3939 immediately for a free consultation. We are ready to help you. 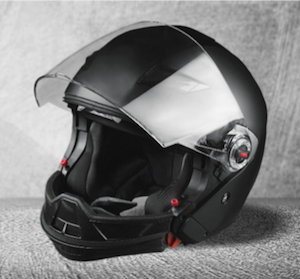 The New York State Department of Motor Vehicles recommends that motorcyclists wear an approved helmet, face or eye protection and protective clothing to better their chances of avoiding serious injury in the event of a crash.

New York State Vehicle and Traffic Law Section 381 requires that all motorcyclists and passengers must wear a Department of Transportation (DOT)-approved helmet. This “universal helmet law” was enacted to increase the use of helmets amongst motorcyclists because of its effectiveness at preventing head and neck injuries.

The failure to wear a helmet in New York could result in a traffic ticket and may also have negative consequences on an individual’s ability to recover compensation for personal injuries sustained as a result of a motorcycle accident.

For example, take the scenario of a motorcyclist who was hit by a car while he was not wearing a helmet and suffered a head injury as a result. If a jury awarded the motorcyclist a $100,000.00 verdict, but also found him to be 40% at fault for his injuries due to his failure to wear a helmet, he would only receive 60% of the award, $60,000.00, as compensation.

If you, or someone you love, were injured in a motorcycle accident, contact the Dietrich Law Firm P.C. TODAY at 716-839-3939 so that we can schedule your free consultation. Every day, Jed Dietrich, Esq. and his team of top rated Buffalo, New York motorcycle accident lawyers always pursue the best result possible for their injured clients. Let us help you.

Jed was very responsible and expeditent in handling a motorcycle accident that I was involved in. Neither my insurance company not the insurance company of the other individual would work with me to replace the damage to my property or medical expenses. Jed and his team worked to obtain an equitable solution in a very reasonable time frame.

Client Reviews
★★★★★
I am a medical doctor and have worked with many of the best lawyers in Buffalo and I can say without question that Jed Dietrich is the only lawyer I would trust with my injury case in Buffalo New York. B.O.
★★★★★
Dogged, Determined, and Dead-set on getting you the Maximum settlement for your injuries! T.F.
★★★★★
No one will work harder, smarter or better; I have retained Jed and he obtained the best result for my case. D.P.
★★★★★
The definition of an "A" type personality-exactly who I would want to represent me in a serious personal injury case. E.S.
★★★★★
Jed is a Master in the courtroom without an equal. S.C.
View More
Submit a Law Firm Client Review