Jed Dietrich, Esq. and His Elite Team of Lawyers and Paralegals at the Dietrich Law Firm P.C. Fight to Obtain the Best Result for People Injured in Hit-and-Run Motorcycle Accidents in Buffalo, New York. 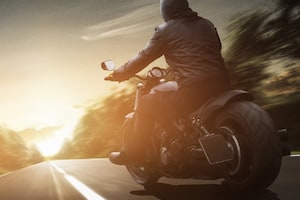 Motorcycles are often difficult for drivers of other vehicles to notice. As a result, motorcyclists are involved in a disproportionate number of accidents and are greatly overrepresented in traffic deaths.

Unfortunately, not every driver that collides into a rider will stop to offer help. Hit-and-run crashes are terrible whenever they occur. Generally, hit-and-run drivers are scared of facing the possible penalties of the accident and injuries they caused. These drivers are insensitive enough to flee the scene of an accident, often leaving motorcyclists seriously injured or even dead, instead of stopping to, not only follow the law, but also to do the right thing.

According to a recent study conducted by the AAA Foundation for Traffic Safety, fatalities resulting from hit-and-run crashes throughout the United States are at an all-time high. In 2016, 2,049 people lost their lives after being involved in hit-and-run accidents, which is a 62% increase from 2009. Moreover, 2016 was the deadliest year since the National Highway Traffic Safety Administration (NHTSA) first began compiling statistics in 1975. Tragic stories of hit-and-run motorcycle accidents are heartbreaking and are becoming more prevalent in Buffalo, New York and throughout New York State. These incidents inspire Jed Dietrich, Esq. to strive to provide the highest level of personal injury service to the people of Western New York each and every day to get them the highest possible compensation for their injuries.

Since 1999, Jed Dietrich, Esq. has battled to obtain over $175 Million in verdicts and settlements for people who were injured because of someone else's negligence in Buffalo, New York and beyond. The Dietrich Law Firm P.C.’s team of highly experienced and top rated Buffalo, New York hit-and-run motorcycle accident attorneys will strive to obtain the best result possible for motorcycle accident victims. Our admirable dedication to go above and beyond for our clients and produce exceptional results is one of the many aspects that sets us apart from the competition. Contact us today at 716-839-3939 for your free consultation.

A majority of motorcycle crashes are caused by the negligence or recklessness of other drivers, and hit-and-run accidents are no different. Other vehicles frequently show little regard for motorcyclists and veer into their lanes. Some of the most common causes of hit-and-run motorcycle accidents include the following:

If you were injured in a hit-and-run motorcycle accident caused by someone else’s negligence or recklessness, call highly experienced, aggressive, tenacious and hardworking Buffalo, New York hit-and-run motorcycle accident injury lawyer, Jed Dietrich, Esq., for the help that you need! The Dietrich Law Firm P.C., recognized as a Best Law Firm of America, is available 24 hours per day and 7 days per week at 716-839-3939 to help you. Call us today!

What To Do After A Hit-And-Run Motorcycle Crash

When another driver leaves the scene of a motorcycle accident, the first priority of the motorcyclist, or anyone else that may be injured, should be to seek emergency medical assistance. If you are able to, call 911 immediately and tell the operator you were involved in a hit-and-run accident.

Committing a hit-and-run is a serious crime and fleeing drivers can be a hazard to everyone around them. Often, the police will be able to locate the fleeing driver after interviewing witnesses and watching video surveillance. While the police are performing their duties and collecting evidence, it is always helpful if you can provide additional information. The following may be able to assist police officers with their investigation and strengthen your personal injury claim:

WERE YOU INJURED IN A HIT-AND-RUN MOTORCYCLE ACCIDENT CAUSED BY A NEGLIGENT DRIVER IN BUFFALO, NIAGARA FALLS, ROCHESTER OR OTHER PARTS OF NEW YORK STATE?

CALL JED DIETRICH, ESQ. AND HIS TOP RATED AND HIGHLY EXPERIENCED TEAM OF MOTORCYCLE ACCIDENT INJURY LAWYERS IN BUFFALO, NEW YORK AT 716-839-3939 NOW TO OBTAIN THE HELP THAT YOU NEED!

If you, or a loved one, were involved in a hit-and-run motorcycle accident, you are probably wondering what options may be available. Most hit-and-run motorcycle victims cannot possibly afford to pay for their medical expenses and other damages. In a majority of other hit-and-run accidents, victims can depend on personal injury protection (PIP) insurance. Unfortunately, in the State of New York motorcyclists are not covered by PIP. 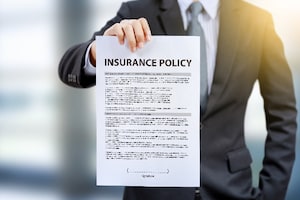 If you, or a loved one, were injured in a hit-and-run motorcycle accident, you want an experienced Buffalo, New York personal injury lawyer like Jed Dietrich, Esq. on your side. Attempting to handle a personal injury claim on your own can be overwhelming and failure to act fast might result in the denial of your claim. There are strict time constraints applicable to personal injury claims, so contact Jed Dietrich, Esq. and his team of top rated hit-and-run motorcycle accident lawyers in Buffalo, New York today to obtain the help that you need. Our team is available 24 hours per day and 7 days per week at 716-839-3939 or by filling out the online consultation form.