Jed Dietrich, Esq. and His Team of Aggressive, Tenacious and Hardworking Drug Use Car Accident Injury Lawyers Will Fight to Obtain the Best Result Possible After Your Accident Caused by a Driver Under the Influence of Drugs. 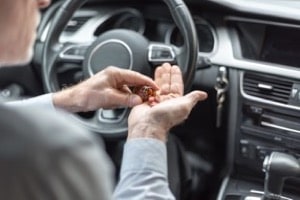 In New York State, driving is a privilege and with privilege comes responsibility.

Each time a New York State driver starts their engine, the driver takes on a major responsibility. This responsibility involves knowing the rules of the road, practicing responsible driving behaviors, preventing car accidents and ensuring the safety of other users of the road.

Not too long ago, wearing a seatbelt was considered the major safe driving issue. More prevalent dangers on the road today include texting while driving, distracted driving, drunk driving and drugged driving.

If you, or a loved one, were injured by a driver that was under the influence of drugs at the time of the accident, you want the best personal injury attorney in Buffalo, New York to pursue the compensation that you deserve. Jed Dietrich, Esq. and his top rated team of Buffalo, New York drug use car accident injury lawyers have settled $175,000,000.00 on behalf of their clients. We will battle to obtain the best possible result for YOU! Contact us today at 716-839-3939. We are available 24 hours per day and 7 days per week, and there is never a fee unless we WIN for you!

Section 1192(4) of the New York Vehicle and Traffic Law states:

“No personal shall operate a motor vehicle while the person’s ability to operate such motor vehicle is impaired by the use of a drug.”

Additionally, Section 1192(4)(a) of the New York Vehicle and Traffic Law states:

“No person shall operate a motor vehicle while the person’s ability to operate such motor vehicle is impaired by the combined influence of drugs or of alcohol and any drug or drugs.”

New York Vehicle and Traffic Law Section 1192 makes it clear that the sole or combined use of drugs and/or alcohol while operating a motor vehicle is illegal. Drugs are controlled substances and the schedules are listed in Section 3306 of the New York Public Health Law. The law contains a detailed list of drugs, including:

The use of drugs can impact a person’s motor coordination and ability to concentrate, which can greatly impact their ability to maintain control of their vehicle. If you suffered a personal injury as the result of a drug use car accident in Buffalo, New York; Rochester, New York; Niagara Falls, New York; throughout New York State or beyond, you want the best personal injury lawyer to fight for the compensation that you deserve. Jed Dietrich, Esq. and his team of highly experienced, seasoned and trustworthy attorneys and paralegals will fight for you! Contact us today at 716-839-3939.

The Connection Between Drug Use And Car Accidents

Drug use is now a primary cause of car accidents. In 2017, a shocking 12.8 million people drove under the influence of drugs, according to the Results from the National Survey on Drug Use and Health.

Drugs and driving simply do not mix. Using drugs and getting behind the wheel puts lives in danger, risking life-changing and long-term injuries, or even death, to yourself or other users of the road.

If you, or a loved one, were injured in a car, truck or SUV accident because someone else was driving while impaired by drugs, you want the best personal injury attorney in Buffalo, New York. Jed Dietrich, Esq., a highly experienced, aggressive, tenacious and hardworking Best Lawyer of America, has proudly led the Dietrich Law Firm P.C. to be a Best Law Firm of America. Our team of accomplished and seasoned Buffalo, New York drug use car accident injury lawyers will fight for the best result and the compensation that you deserve if you were injured because of someone else’s negligence. Call 716-839-3939 today for your free consultation.

How Do The Police Know If Someone Is Driving While Under The Influence Of Drugs? 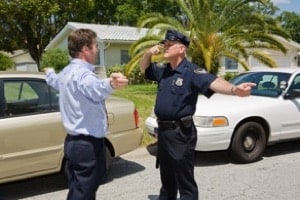 New York State prevents drug use car accidents through the use of Drug Recognition Experts (DREs). These are highly trained police officers who have completed a drug evaluation and classification program to gain national certification. DREs are qualified to identify those who are driving while impaired by drugs.

New York state has 303 drug recognition experts and there will be more to come. The experts identify drugged drivers by using a 12-step evaluation consisting of tests, and even standardized field sobriety tests, to determine whether someone is driving while impaired. The evaluation includes:

A patrol officer indicated in a Buffalo News article:

“You can tell the category of drug used, whether it’s a depressant, stimulant, hallucinogen, or cannabis. Specifically, impaired perception of time and distance, such as stopping too short or way beyond a stop sign or not being able to judge what 30 seconds is, could be an indicator of cannabis use.”

Drug recognition experts are desperately needed to keep New York State’s roads safe and to prevent drug use car accidents. According to the Institute for Traffic Safety and Management and Research (ITSMR), in New York State, the number of fatal car accidents involving a drug-impaired driver increased by more than 11 percent between 2013 and 2017.

WERE YOU INJURED IN A DRUG USE CAR ACCIDENT IN BUFFALO, NIAGARA FALLS, ROCHESTER OR OTHER PARTS OF NEW YORK STATE?

How To Prevent Drug Use Car Accidents

Everyone must do their part to make sure our roads remain safe. Because drugged driving is preventable, below are a few ways to avoid drug use car accidents:

What To Do If You Were Injured By A Drugged Driver

Every day people suffer from serious, life altering injuries or death because of drug use car accidents.

Although a driver that is found to be under the influence of drugs may be arrested, charged and convicted of the crime, the driver’s conviction does not help you when your medical bills pile up from the injuries you suffered. The injuries a drugged driver caused you can result in you missing time from work or being unable to perform your normal, everyday routine.

TO DEMAND JUSTICE, HOLD THE DRUGGED DRIVER ACCOUNTABLE AND RECEIVE THE FINANCIAL COMPENSATION THAT YOU DESERVE, CONTACT A BEST LAWYER OF AMERICA AND NEW YORK SUPER LAWYER, JED DIETRICH, ESQ., TODAY AT 716-839-3939.

The Dietrich Law Firm P.C.’s top rated and elite team of Buffalo, New York drug use car accident injury lawyers can file a personal injury claim on your behalf or a claim for the wrongful death of a loved one, in order to get you the maximum compensation that you deserve. Contact us today for your free consultation so that our compassionate and dedicated team can start fighting for your rights.