Top rated and highly experienced attorney Jed Dietrich, Esq. has recovered more than $175 million for his clients, which includes multi-million dollar settlements and verdicts in car accident cases. The legal team led by Jed Dietrich, Esq. is committed to pursuing your personal injury case and fighting aggressively for the best possible result after your injury.

Lane change is a frequent cause of serious car accidents in New York. In 2016, nearly 3,900 people were killed in car and motorcycle crashes in the United States that occurred because of a driver’s failure to remain in the proper lane. Failure to stay in a driver’s lane was the third leading known contributor to fatal crashes. 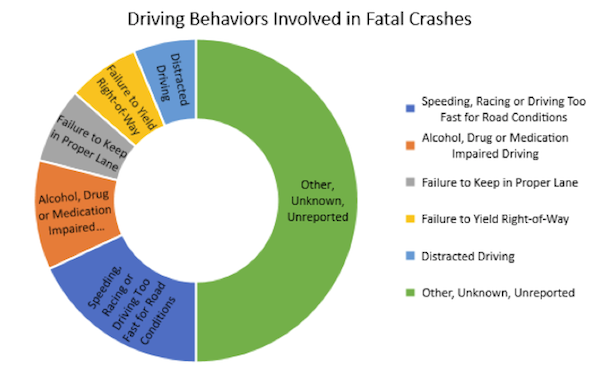 If you, or someone you love, were injured by a driver who failed to stay in their lane, you want a top rated, Best Lawyer of America, to fight for the compensation that you deserve. Contact Jed Dietrich, Esq. and his team of aggressive, tenacious and hardworking Buffalo, New York car accident lawyers today at 716-839-3939. The Dietrich Law Firm P.C., a Best Law Firm of America, strives to provide the highest level of personal injury service to the people of Buffalo, New York; Rochester, New York; Niagara Falls, New York and beyond. Call us today for your free consultation.

New York State Vehicle and Traffic Law Section 1128 defines the rules for safe lane changing in New York state. It says that where a roadway has at least two clearly marked lanes, drivers should stay within their lane of traffic and not move from the lane without first ensuring that movement from the lane can be made safely.

Failure to determine whether it is safe to make a lane change, which results in an accident with a car already in the lane, will be considered negligence.

Car and truck drivers in Buffalo, New York and beyond can be held negligent while making a lane change for the following reasons, among others:

One of the common reasons for unsafe lane changing is a driver’s failure to check their blind spots prior to switching lanes. A blind spot refers to a section of the road that is not visible to a motorist in the rear-view mirrors. The existence of a blind spot can make another vehicle or motorcyclist on the road invisible to an inattentive driver.

It is a driver’s responsibility to recognize the existence of a blind spot and to check the lane they wish to change into to ensure it is safe to do so. This can be done by looking over their shoulder (and not merely using the rear-view mirror).

Call top rated, highly experienced and elite Buffalo, New York personal injury lawyer Jed Dietrich, Esq. if you, or a loved one, have been injured in a lane change car or truck accident in Buffalo, New York; Niagara Falls, New York; Rochester, New York or throughout New York State. If a driver failed to check their blind spots and crashed into your vehicle, they may be liable for the injuries that you suffered. The aggressive, tenacious and hardworking legal team at the Dietrich Law Firm P.C. will fight tenaciously to ensure that you receive the compensation that you deserve for your medical bills, lost wages and pain and suffering.

WERE YOU INJURED BY A DRIVER WHO FAILED TO CHECK THEIR BLIND SPOT BEFORE MERGING INTO YOUR LANE IN BUFFALO, NIAGARA FALLS, ROCHESTER OR OTHER PARTS OF NEW YORK STATE? 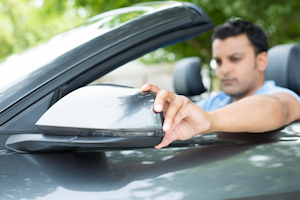 This is the general rule because the driver who changes lanes has a duty to ensure that they can do so safely before merging into other lanes.

Therefore, whether the car in question is exiting from the roadway, entering the roadway or simply moving along the roadway, it can be safely said that the merging car’s driver will typically be considered to be at fault.

During a crash investigation, an inquiry will be made as to whether a merging driver correctly used their turn signal or not. A driver’s failure to signal before lane changing is a traffic violation in New York and results in the driver losing points on their driver’s license.

In lane change accidents, it is also possible for both motorists to share a part of the responsibility for the accident under these conditions:

If you were injured in a lane changing car accident in Buffalo, New York because of another driver’s fault, Jed Dietrich, Esq. and his experienced and dedicated team of Buffalo, New York car accident attorneys will aggressively represent you to fully protect your legal rights. Contact us today at 716-839-3939 for your free consultation. We are available 24 hours per day and 7 days per week, and there is never a fee unless we WIN for you!

If a driver makes an unsafe lane change in New York State, they can be liable to another driver for the injuries and property damage that they cause. In addition, the driver may face penalties, such as:

WERE YOU INJURED BY A DRIVER WHO FAILED TO CHECK THEIR BLIND SPOT BEFORE MERGING INTO YOUR LANE IN BUFFALO, NIAGARA FALLS, ROCHESTER OR OTHER PARTS OF NEW YORK STATE?