A head-on collision, or a crash when two cars going in opposite directions collide, can result in serious injuries. Due to the high speeds of the vehicles, head-on collisions are often the most dangerous type of crash. Furthermore, the large amount of force each driver sustains contributes to the severity of head-on collisions. According to the New York State Department of Health, motor vehicle traffic crashes are the “leading cause of injury related death for New York State residents.”

When you are involved in a head-on collision, it is imperative to contact a Best Law Firm of America, The Dietrich Law Firm P.C. in Buffalo, New York, as soon as possible. We strive to provide the highest level of personal injury representation.

Jed Dietrich, Esq., who has been identified as a superb Best Lawyer of America, has fought relentlessly for clients injured in head-on collisions. 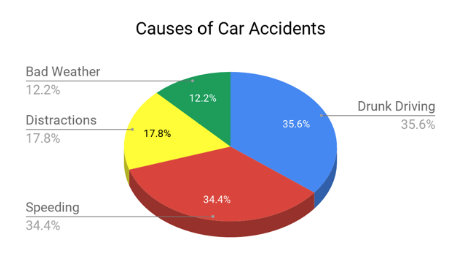 Several circumstances may contribute to a head-on collision. For example,

What Constitutes A Head-On Collision?

A head-on car crash often takes place when a driver maneuvers a vehicle across a centerline unintentionally and collides with an oncoming vehicle, a vehicle coming from the opposite direction.

It is vital for every person who was involved in a head-on collision to consult with a Best Lawyer of America in Buffalo, New York, Jed Dietrich, Esq. and his top rated team at the Dietrich Law Firm P.C., as quickly as possible.

We can be reached at (716) 839-3939. We will provide you with all the information needed concerning the payment of your lost wages, payment of your medical bills and compensation for your pain and suffering.

What Types Of Injuries Are Sustained In Head-On Car, SUV And Truck Collisions? 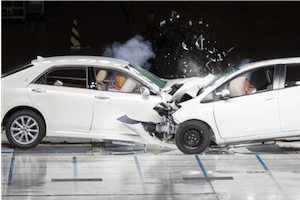 The New York Department of Health reports that there were on average “12,093 hospitalizations each year due to motor vehicle traffic-related injuries,” between the years 2012 and 2014 in New York State. Furthermore, unintentional motor vehicle traffic-related injuries resulted in an average of “136,913 emergency department (ED) visits each year.” Head-on collisions are often the most dangerous type of car crash and commonly result in serious injuries.

Jed Dietrich, Esq. and his elite, top rated team of Buffalo, New York car crash lawyers will fight on your behalf to attempt to obtain the maximum compensation for serious injuries sustained as a result of head-on collisions. The following injuries are common after a head-on car, SUV or truck crash:

Jed Dietrich, Esq. has successfully represented an individual who was driving his car when he was struck by a tractor-trailer in a head-on collision. The plaintiff suffered significant injuries to his cervical spine in the form of herniated discs, which required a fusion surgery. The plaintiff also suffered significant injuries to his shoulder which also required an arthroscopic surgery.

If you are injured in a head-on car crash, your lost wages and medical bills will be paid by the New York State No-Fault insurance company of the vehicle that insures the vehicle you were in. We recognize that when you are injured and unable to work because of someone else’s negligence, your life is significantly negatively impacted. We will help you make a wage claim to reimburse you quickly for your lost wages.

Unlike other law firms, we will take the initiative to:

Many other Buffalo, New York personal injury law firms will NOT assist you in filing a lost wage claim with your No-Fault insurance carrier. We will! Our team of aggressive, tenacious and hardworking personal injury lawyers and paralegals treat our clients the way that we want to be treated. That means we will battle to make sure that your lost wages are being paid by No-Fault in a timely manner.

If you were in a head-on collision because of the negligence of someone else, call Jed Dietrich, Esq. and his top rated team of Buffalo, New York head-on accident lawyers.

We strive to be known as the best personal injury lawyers in Buffalo, New York!