Jed Dietrich, Esq. and his team of aggressive, tenacious and hardworking superior lawyers and paralegals will fight to obtain the best compensation for people with injuries sustained on the New York State Thruway.

When you are involved in a thruway car, SUV or truck accident, you deserve the best top rated thruway accident lawyers at The Dietrich Law Firm P.C. to help you. Jed Dietrich, Esq. and his team of elite Buffalo, New York car accident lawyers have fought to obtain over $175 Million in settlements on behalf of their clients. We are always available 24 hours a day, 7 days per week. We want to help you! Call us at (716) 839-3939.

Were You, Or A Loved One, Hurt In A Thruway Accident?

Car, SUV and truck crashes on the New York State Thruway are more deadly than other types of collisions due to:

Jed Dietrich, Esq. and his team of elite trial lawyers fight hard to obtain the best results for people who are seriously injured in automobile accidents on a New York State thruway. Call the Buffalo, New York thruway accident lawyers of the Dietrich Law Firm P.C. immediately for your free consultation. We can be reached 24 hours a day, 7 days a week at (716) 839-3939. We will come to you and there is never a fee until we WIN for you!

Our Team Fights On Your Behalf For Various Thruway Car Accidents

The New York State system of controlled-access highways connects the major cities in New York State, such as Buffalo, Niagara Falls, Hamburg, Cheektowaga, Tonawanda, Amherst, New York City, Rochester, Utica and Syracuse. The New York State Thruway Authority is in charge of the maintenance and upkeep of what they boast as the longest toll road in the United States, which spans 641 miles.

The New York State Thruway Authority is tasked with keeping the roads safe. However, road construction that is continuously ongoing contributes to car accidents and fatalities. Poor road design and weather conditions also cause motor vehicle accidents on the Thruway.

Car, SUV and truck crashes can result in deaths, hospitalizations and emergency department treatment, according to the New York State Department of Health. 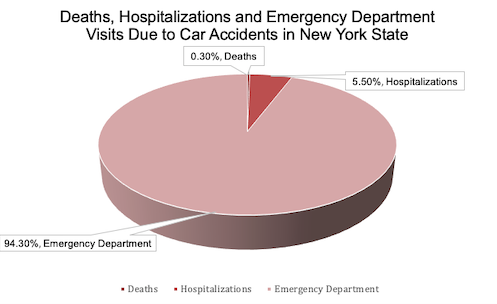 Jed Dietrich, Esq. and his superb, top rated team of Buffalo, New York car accident lawyers have fought aggressively for people injured in car crashes, automobile accidents and truck collisions that have taken place on the I-90, I-290 and the I-190 in Buffalo, New York and on the New York State Thruway.

Jed Dietrich, Esq. represented a 63-year-old laborer who was struck while he was walking on the shoulder of the I-90 when he was attempting to assist another motorist. 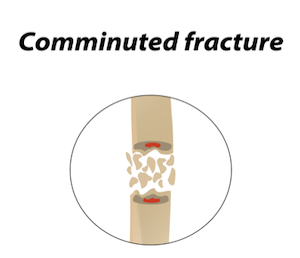 The accident and injuries sustained occurred on the I-190 in Buffalo, New York near the Church Street exit. The plaintiff was hit by a Modern Disposal garbage truck. As a result, the plaintiff suffered multiple comminuted fractures, which are breaks or splinters of a bone into several fragments. These comminuted fractures can also cause injury to the skin above. This injury was so severe that the plaintiff’s doctor considered amputation of his lower extremity.

Jed Dietrich, Esq. and his team of best, superior and top rated car accident lawyers conducted seven pretrial conferences with the judge and his staff in the New York State Supreme Court of Buffalo, New York in an effort to resolve the case.

In addition, Jed Dietrich, Esq. met with a court representative of the Alternative Dispute Resolution (ADR) Program of Buffalo, New York in an effort to resolve the claim.

The case was further mediated with a nationally known attorney.

Shortly before the case went to trial, Jed Dietrich, Esq. and his top rated team successfully settled the action for $2,250,000.

Importantly, Jed Dietrich, Esq. had every expert, exhibit and document ready for trial just before the case settled.

Jed Dietrich, Esq. had the following experts prepared to testify at trial:

Neurologists are medical doctors that specialize in the nervous system and can address problems with the brain and spinal cord. Serious automobile accidents can result in traumatic brain injuries and spinal cord damages that need to be examined by neurologists.

Chiropractors focus on the treatment of neuromuscular disorders and adjusting the spine to reduce pain and suffering caused by car collisions. Importantly, chiropractors can aid a client after being injured in a thruway accident.

Vocational rehabilitation experts examine people to access a person’s capacity to work. They can also determine the types of employment an injured or otherwise disabled person would be able to perform. If you are injured in a car, SUV or truck accident in Buffalo, New York you may be disabled and therefore may require a vocational rehabilitation expert to examine you.

An economist uses the vocational rehabilitation report to calculate a person’s lost earning capacity using the Consumer Price Index and the appropriate wages in Buffalo, New York. Jed Dietrich, Esq. and his team of top rated thruway car accident lawyers use economists to contribute accurate information to the trial on the client’s behalf. An economist can calculate a person’s past, present and future monetary damages to assess lost wage amounts and medical expense costs.

Jed Dietrich, Esq. fought to settle this case for $2,025,000 dollars in 2007. The plaintiff obtained an annuity, also known as a financial product that pays out a fixed supply of payments to an individual, in this case, the plaintiff. The client’s annuity was ultimately structured to allow him to obtain $3,115 dollars per month for life to replace his income as a result of his injury from the car accident.

Car, SUV and truck accidents on the thruways of Western New York, such as the I-90, I-190 and the I-290 (Youngman Expressway), can be catastrophic. You want the best lawyer for your injuries. Jed Dietrich, Esq., a Best Lawyer of America, will fight for you! Call Jed Dietrich, Esq. and his elite and superb team of lawyers at (716) 839-3939 today.