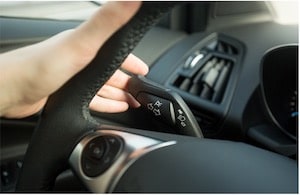 Proper use of turn signals is a fundamental traffic rule that motorists are taught before obtaining their licenses. Blinkers are necessary to indicate to other drivers, motorcyclists, and pedestrians your intended course of action. Nevertheless, drivers neglecting this simple duty cause millions of preventable car crashes throughout the country. Over 70% of drivers from 18 to 24 years old admitted that they did not consistently use their blinkers. When drivers fail to use blinkers before turning or changing lanes, other motorists may not have enough time to react, slow down, or maneuver as needed. For instance, if a driver does not signal before attempting to turn at an intersection, oncoming cars could crash into the vehicle. Alternatively, other drivers may be forced to swerve into other cars to avoid an accident.

Proper signaling can mean the difference between reaching your destination safely and being involved in a catastrophic accident. If you, or a loved one, were unfortunate enough to get into a collision because another driver failed to signal, it is important to contact a highly experienced personal injury attorney. After suffering devastating injuries or worse, it can be extremely difficult for victims to fully recover and get back on their feet. Victims may be forced to struggle with their painful and debilitating injuries while earning just enough to pay their medical bills. Jed Dietrich, Esq. and his team of elite personal injury attorneys have seen the dreadful consequences that the injuries suffered by car accident victims can have on them, and ultimately their loved ones. Pursuing a personal injury lawsuit against the responsible motorists may be one of the most important things you ever do.

Since 1999, Jed Dietrich, Esq., a distinguished member of the Million Dollar Advocates Forum, has exclusively handled serious personal injury cases. Jed Dietrich, Esq. has battled to obtain over $175 Million in verdicts and settlements for victims who were injured in Buffalo, New York, and beyond. While no amount of money can erase the pain and suffering caused by your car crash, compensation can significantly lessen your financial burdens and compensate you for your injuries. The Dietrich Law Firm P.C.’s seasoned team offers complimentary lawsuit evaluations and consultations. We would be honored to speak with you about your car crash case. Our compassionate team is available 24 hours a day, 7 days a week, at (716) 839-3939, or by filling out the online consultation form.

When to Use Your Blinkers 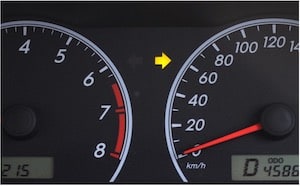 Some drivers do not think it is a big deal if they neglect to use their blinkers from time to time. However, in reality, failing to signal causes even more car crashes than distracted driving. A report from the Society of Automotive Engineers (SAE) revealed that every year, approximately 2 million car collisions were caused by failure to use blinkers. While blinkers may not be high-tech, they help avoid accidents and save lives. When you are driving, it is important to make signaling a priority. Besides using turn signals before turning or changing lanes, other situations that also warrant blinker use include:

WERE YOU, OR A LOVED ONE, INJURED IN A CAR ACCIDENT CAUSED BY ANOTHER’S FAILURE TO USE A TURN SIGNAL IN BUFFALO, NIAGARA FALLS, ROCHESTER, OR OTHER PARTS OF NEW YORK STATE?

CALL JED DIETRICH, ESQ. AND HIS TOP RATED AND HIGHLY EXPERIENCED TEAM OF BUFFALO, NEW YORK CAR COLLISION INJURY ATTORNEYS AT (716) 839-3939 NOW TO OBTAIN THE HELP THAT YOU NEED!

Liability for Your Failure to Signal Car Crash

Many car crashes could easily be avoided if motorists simply drove more cautiously and used their blinkers. Drivers may fail to use their turn signals for a variety of reasons, such as laziness, distraction, carelessness, or improper training. Car accident victims usually rely on the legal theory of negligence to hold the other motorist accountable. The Dietrich Law Firm P.C. will establish liability for your accident by demonstrating the following:

Additionally, New York State Law requires continuous signal use throughout the last 100 feet before turning. When drivers violate the law and cause accidents, they can be considered negligent.

Our elite team at the Dietrich Law Firm P.C., proudly distinguished by Expertise LLC as Best Car Accident Lawyers in Buffalo, New York, understands how to properly and aggressively pursue your car crash case. Practicing law the Dietrich way, we are determined, disciplined, and dedicated to providing the highest level of personal injury service to the people of Western New York and beyond. When you call the Dietrich Law Firm P.C., our seasoned attorneys will explore all of the nuances surrounding your claim to ensure that you obtain the maximum compensation for your injuries, which may include all past and future medical costs, lost wages from missed work, diminished future earning capacity, permanent disabilities suffered, pain and suffering (both physical and mental), loss of consortium, and property damage. Call Jed Dietrich, Esq., recognized as an Attorney and Practice Magazine’s Top 10 Personal Injury Attorney, and his top rated team of car accident injury lawyers today at (716) 839-3939 so that we can help you!