Jed Dietrich, Esq., Recognized as a New York Super Lawyer and His Team at the Dietrich Law Firm P.C. Will Fight to Obtain the Best Result for Your Buffalo, New York Blacked-Out Driver Car Accident Case. 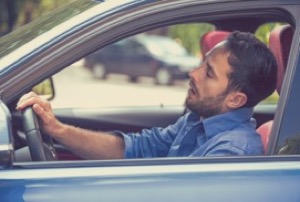 Getting behind the wheel of a car comes with risks. Car accidents happen every day and can result from many different causes. In some cases, an accident results from a driver blacking out. When this happens, the driver may not have intended to operate their vehicle dangerously, but the consequences of the accident can be devastating just the same. Like any car accident, an accident involving a blacked-out driver can cause serious personal injuries or death.

How Does a Driver Blackout?

The term ‘blackout’ can be used to describe multiple scenarios for a driver. These scenarios may include the driver briefly passing out, fainting, or losing consciousness completely. In some cases, a blackout may involve a driver remaining alert, however, unable to remember a considerable portion of their commute. In any of these situations, the driver’s ability to safely operate a motor vehicle is drastically hindered. Even for a moment, loss of consciousness and impaired faculties can turn a driver of a car into a dangerous and deadly force on the road.

Blackouts can have many different causes. Determining the cause of your blacked-out driver car accident depends, in part, on the health and behavior of the driver involved. Common causes of blackouts include:

The NIH suggests that alcohol-induced blackouts begin at a blood alcohol concentration (BAC) of 0.16, approximately twice the legal limit for driving. Alcohol is more likely to cause a blackout when combined with medications that cause drowsiness, like those taken as sleep aids or cold and flu medicines. It is important to remember that an alcohol-induced blackout is not the same as passing out or fainting behind the wheel. Often during a blackout, a drunk driver will continue to drive but will not be able to recall the drive later.

One study found that many individuals who experienced blackouts while operating motor vehicles were, in fact suffering from undiagnosed heart problems. According to the study, these drivers were able to return to driving safely once they received treatment. If you find you are experiencing fainting spells, it is important to seek medical attention. The problem is likely treatable, and you and those around you will be safer once you are able to allay the symptoms of your condition.

No matter the cause, a blackout that occurs behind the wheel is incredibly dangerous. During this time, a driver may lose control of their vehicle or have lapses in judgment, resulting in collisions with other motor vehicles or fixed objects such as telephone poles, trees, barriers, or even buildings. Driver blackout accidents can cause many different types of injuries, including, but not limited to:

If you were seriously injured in a motor vehicle accident that resulted from a driver blackout, the Dietrich Law Firm P.C. can help. Jed Dietrich, Esq., recognized as a New York Super Lawyer, and his team of hardworking blacked-out driver accident lawyers in Buffalo, New York, will investigate your case, determine liability, and fight diligently to get you the compensation you deserve. Contact the Dietrich Law Firm P.C. today at 716-839-3939. Let us begin the fight for you!

Liability in a Driver Blackout Accident

In order to understand who is at fault in a blacked-out driver accident, investigators will have to consider the cause of the blackout. In the aftermath of a driver blackout accident, the answers to the following questions will be critical in determining liability:

If the answer to any of these questions is ‘Yes,’ then the blacked-out driver might be held responsible for the car accident. Knowingly getting behind the wheel while intoxicated or impaired is illegal and incredibly dangerous. Failure to abide by the safety instructions on medications, or choosing to drive despite a dangerous, known medical condition, could all be considered forms of negligence.

Determining who is responsible for any car accident can be incredibly complex. If you were injured in a blacked-out driver car accident, let us help you. At the Dietrich Law Firm P.C., we understand that this might be a confusing and stressful time for you and your family. Our experienced team of Buffalo, New York, driver blackout accident lawyers can take some of the burden off of you. We will be happy to provide you with a FREE consultation on your case. Call us today at 716-839-3939.

If you, or a loved one, suffered serious personal injuries or death in an accident involving a blacked-out driver, you might be entitled to compensation for medical expenses, pain and suffering, lost wages due to missed work, or wrongful death. Contact the Dietrich Law Firm P.C. today! We will fight diligently and tenaciously to get you the compensation and peace of mind you deserve. Our team of top rated driver blackout accident lawyers in Buffalo, New York strives to provide the highest level of personal injury service to the people of Western New York. We will leave no stone unturned in our fight to get you the money you deserve. Contact the Dietrich Law Firm P.C. today and remember—there is never a fee until we WIN for you!

HAVE YOU SUFFERED A SERIOUS PERSONAL INJURY IN A BLACKED OUT DRIVER ACCIDENT IN BUFFALO, NIAGARA FALLS, ROCHESTER OR OTHER PARTS OF NEW YORK STATE?

Call the Dietrich Law Firm P.C. immediately at 716-839-3939 so that our aggressive, tenacious, and hardworking personal injury lawyers can fight to obtain the best result for your personal injury claim in Buffalo, New York. We are available 24 hours a day, 7 days a week, and there is never a fee until we WIN for you!