Jed Dietrich, Esq., a Highly Regarded Member of the Premier Lawyers of America and the Million Dollar Advocates Forum, and His Expert Team of Attorneys at the Dietrich Law Firm P.C., Well-Known as an American Institute of Personal Injury Attorneys 10 Best Personal Injury Law Firm, Energetically Litigate to Get Unparalleled Outcomes for Victims Injured in Center Lane Car Collisions in Buffalo, New York. 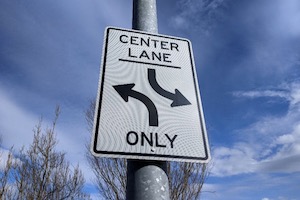 Most of our clients never thought that they would end up getting into a car accident. Unfortunately, even the safest drivers can end up becoming victims of negligent motorists. Center turn lanes have become standard on many busy streets. Center lanes are designed to facilitate left-hand turns while allowing cars to continue driving straight. Without center lanes, vehicles wanting to turn left can block other drivers behind them until there is an opening. Since both directions of traffic can drive in these lanes, center lane accidents often involve head-on collisions. These types of accidents also deal with vehicles swerving into other lanes to avoid other cars. Center lane collisions can cause serious injuries or worse, especially when a driver crosses into oncoming traffic. The other motorists in these accidents often have no time to react or slow down. When center lane crashes occur at high speeds, they can result in deadly head-on accidents.

At the Dietrich Law Firm P.C., our team has extensive experience negotiating with insurance adjusters and taking cases to court when necessary. Time is of the essence, and the importance of retaining an elite personal injury attorney to pursue your case cannot be overstressed. Jed Dietrich, Esq. and his battle-tested team, have helped countless victims and their families recover after being brutally incapacitated. The Dietrich Law Firm P.C.’s zealous litigation holds at-fault drivers accountable for their mistakes. For over 20 years, Jed Dietrich, Esq. has solely litigated serious personal injury claims and has fought to obtain over $175 Million in judgments and settlements for victims who were hurt in Buffalo, New York, and beyond. Our seasoned team provides free case assessments and consultations. We would be privileged to discuss your claim in more detail. Our concerned team is available 24 hours a day, 7 days a week, at 716-839-3939, or by completing the online consultation form. It is imperative to contact us as soon as possible.

The Most Common Reasons For Accidents In Center Lanes

Many negligent drivers misuse and abuse center turning lanes instead of waiting for openings. Drivers often turn into center lanes after exiting parking lots and use them to speed up before merging into traffic. Some other common causes of center lane crashes include: 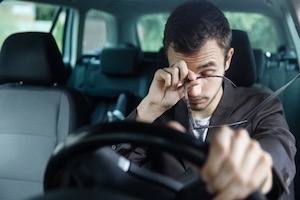 WERE YOU, OR A FAMILY MEMBER, SERIOUSLY WOUNDED IN A CENTER LANE CAR CRASH CAUSED BY ANOTHER’S NEGLIGENCE OR CARELESSNESS IN BUFFALO OR OTHER PARTS OF NEW YORK STATE?

CALL JED DIETRICH, ESQ. AND HIS TOP RATED AND BATTLE-TESTED SQUAD OF BUFFALO, NEW YORK CENTER LANE CAR ACCIDENT ATTORNEYS AT 716-839-3939 NOW TO OBTAIN THE HELP THAT YOU DESERVE!

Victims of serious center lane accidents, such as head-on collisions, often require multiple surgeries and intensive rehabilitation just to be able to walk again. Instead of being able to earn a living, they may be incapacitated for days, weeks, or much longer. Numerous factors can drastically influence the amount of money you will receive, such as your overall health before the crash, the type of injuries, essential future treatments, and the expected length of your rehabilitation. Typically, more serious injuries rate higher compensation amounts. Victims of center lane accidents may be entitled to seek compensation for the following:

Practicing law the Dietrich way, we are determined, disciplined, and dedicated to providing first-class personal injury services to all of our clients. The Dietrich Law Firm P.C., highly-praised by Expertise LLC as Best Car Accident Lawyers in Buffalo, New York, will take logical and assertive steps to progress the most effective legal strategies to prove the other driver is liable and settle your case for the highest possible compensation. Jed Dietrich, Esq., recognized as an Attorney and Practice Magazine’s Top 10 Personal Injury Attorney, has been able to secure exceptional outcomes for his clients. For instance, a $2,750,000 settlement for a 36-year-old woman who was injured in a collision with a dump truck. Call Jed Dietrich, Esq. and his seasoned team of center lane crash attorneys now at 716-839-3939 so that we can help you!