Jed Dietrich, Esq. is Recognized as a Best Lawyer of America and a New York Super Lawyer and He Will Battle to Obtain Maximum Compensation for Your Injuries If You Were Injured by a Driver Under the Influence of Marijuana.

Every day, drug use car accidents result in serious bodily injuries and even death to members of our community. With the decriminalization and increased use of drugs such as marijuana, it is anticipated that there will be an increase in drug-related car accidents in the years to come.

The Most Common Drug Found In Drug Use Car Accidents 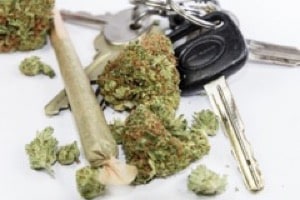 Marijuana is the most common illegal drug detected in impaired drivers, fatally injured drivers, and motor vehicle crash victims, according to the Office of Alcoholism and Substance Abuse Services’ report on drugged driving.

Simply put, marijuana is the most common drug detected in drug use car accidents because marijuana is one of the most popular drugs on the market today. Marijuana has become relatively easy to access and the use of marijuana continues to be on the rise, making it a part of the social norm throughout the United States and beyond.

Although marijuana may be commonly used among members of our community, it is not safe to combine with driving.

Governing Magazine’s map shows the status of marijuana in the United States. So far, thirty-three (33) states have passed laws legalizing marijuana in some form. In time, more states will follow.

If someone else was driving while impaired by marijuana and you were injured in a resulting accident, you want a top rated and elite personal injury attorney in Buffalo, New York to pursue the compensation that you deserve for your losses. Jed Dietrich, Esq. is recognized as a Best Lawyer of America, and he is highly experienced, aggressive, tenacious and hardworking when it comes to representing his clients' legal rights. Jed Dietrich, Esq. has proudly led the Dietrich Law Firm P.C. to be recognized as a Best Law Firm of America. The Dietrich Law Firm P.C.'s team of seasoned Buffalo, New York marijuana drug use car accident injury lawyers will fight to attempt to secure the best result and compensation that you deserve if you were injured because someone else was under the influence of marijuana. Call 716-839-3939 today for your free consultation. We are available 24 hours per day and 7 days per week.

New York State has decriminalized or loosened the criminal penalties for personal marijuana and made the drug legal for medicinal purposes under the Compassionate Care Act.

Recreational use and possession of marijuana itself is still illegal in New York State.

Since marijuana is becoming a wide-spread drug, some people believe it is acceptable to drive shortly after consuming it. They are under a misconception that the effects of marijuana versus the effects of drinking alcohol are different.

However, the New York Daily News reports that studies show driving under the influence of marijuana to increase the odds of being in a car accident by 83%.

Both alcohol and marijuana are dangerous and have a negative effect on driving. These substances put lives in danger and often result in car accidents, risking harm to not only the driver, but also to passengers and other innocent users of the road.

WERE YOU INJURED IN A CAR ACCIDENT CAUSED BY SOMEONE WHO WAS UNDER THE INFLUENCE OF MARIJUANA IN BUFFALO, NIAGARA FALLS, ROCHESTER OR OTHER PARTS OF NEW YORK STATE?

CALL JED DIETRICH, ESQ. AND HIS TOP RATED AND HIGHLY EXPERIENCED TEAM OF BUFFALO, NEW YORK MARIJUANA DRUG USE CAR ACCIDENT INJURY LAWYERS AT 716-839-3939 NOW TO OBTAIN THE HELP THAT YOU NEED!

The Compassionate Care Act (CCA) was passed in 2014 to allow patients who are suffering from certain conditions to obtain marijuana for medicinal purposes, upon certification.

Even though certain individuals are able to use marijuana for medical necessities, it is illegal to operate, navigate or be in control of any motor vehicle while under the influence of marijuana.

New York State Law provides that any amount of marijuana found in a driver’s blood establishes that the driver is under the influence.

If you were involved in an accident with a driver that was under the influence of marijuana, contact Buffalo, New York marijuana drug use car accident lawyer, Jed Dietrich, Esq., immediately at 716-839-3939 for a free consultation or complete our form online. Highly experienced attorney Jed Dietrich, Esq., a Best Lawyer of America and New York Super Lawyer, strives to provide the highest level of personal injury service to the people of Buffalo, New York; Niagara Falls, New York; Rochester, New York and beyond.

The Effect Of Marijuana Use On Driving

The consumption of marijuana impacts the functioning of the brain. Therefore, marijuana creates memory issues. The American Addiction Centers reports that marijuana temporarily prevents the brain from developing new memories and learning new things, which is a form of short-term memory.

Marijuana users believe the drug is a great way to relax. However, marijuana, like other drugs, can have a negative impact on a person’s ability to drive safely in a number of ways.

The Centers for Disease Control and Prevention report that marijuana:

Drug use car accident victims have the right to file a claim for the serious personal injuries that they sustained after a collision caused by someone else’s use of marijuana. If you were injured in a drug use car accident, you do not want to face the insurance company alone. You need an experienced and knowledgeable marijuana drug use car accident attorney in Buffalo, New York. Call 716-839-3939 for a free consultation with Jed Dietrich, Esq. and his top rated team of lawyers and paralegals at the Dietrich Law Firm P.C. We can be reached 24 hours per day and 7 days per week to discuss your drug use car accident injury.