The Dietrich Law Firm P.C.’s Clarence, New York Car Accident Attorneys Will Fight to Obtain the Best Results for You. 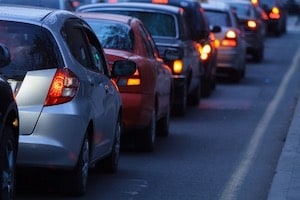 Clarence, New York, is one of the fastest growing towns in Erie County. In 2015, The New York Department of Transportation (NYDOT) began working with the Town of Clarence to incorporate incoming homes and businesses. The Clarence town officials wanted to identify the traffic impacts on residential roads, before approving new land use. The NYDOT conducted various studies to determine the problematic traffic areas in Clarence, New York. Specifically, the town focused on the potential dangers of Transit Road. Transit Road has an abundance of commercial and residential properties, parking lots, driveways, and side streets. The resulting stop-and-go traffic can cause serious rear-end collisions.

Every town has dangerous roadways, but be cautious of the areas mentioned above when traveling in Clarence, New York! If you were in a car accident in the Town of Clarence, New York, and you need representation, call us today at 716-839-3939. Our aggressive, tenacious, and hardworking attorneys will battle to obtain the compensation that you deserve. Our lawyers follow the Golden Rule and treat clients how they would like to be treated to ensure that we always provide the highest level of personal injury service.

What Should I Do After A Car Accident In Clarence, New York? 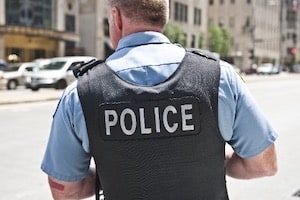 In New York State, it is required, by law, to report the accident to the police if a person was seriously injured or killed. If you were involved in a less severe accident, it is still important to call the police. The Police Accident Report will serve as a formal record of the incident. It will note the date, time, and location of the collision, and, in some cases, it will name which party is at fault. While the Town of Clarence, New York, is too small to have its own police station, it is home to a New York State Trooper station on Dobson Way. The State Troopers have been patrolling and protecting Clarence, New York residents for nearly 100 years.

Since Clarence, New York, has continued to grow and require more police officers, a new $6.8 million dollar public safety building was constructed in 2019. The building was created to serve as the town’s State Trooper barracks. The Clarence Bee reported that the barracks contain the latest technology and police equipment. The Clarence Town Supervisor is confident that the improvements will provide protection and safety to the residents of Clarence, New York.

HAVE YOU, OR A LOVED ONE, BEEN A VICTIM OF A CAR ACCIDENT IN CLARENCE, NEW YORK?

CALL JED DIETRICH, ESQ. AND HIS ELITE CLARENCE, NEW YORK CAR ACCIDENT LAWYERS AT 716-839-3939 NOW FOR THE HELP THAT YOU NEED!

Where Should I Treat Following A Clarence, New York Car Accident?

The Town of Clarence does not have its own hospital or urgent care facility. The closest emergency care facilities are:

After seeking medical treatment for the injuries sustained, it is crucial that you find the most experienced Clarence, New York car accident lawyers near you. Understanding your legal rights during a car accident lawsuit can benefit you significantly. The attorneys at the Dietrich Law Firm P.C. will help you fill out your No-Fault application and other mandatory, time-sensitive documents. It is important to have an experienced lawyer fighting for YOU during a serious personal injury claim!

Jed Dietrich, Esq. has been recognized as a Best Lawyer and Trial Litigator of the Year for many years, on account of his vast experience and successes in personal injury law. Jed Dietrich, Esq. has obtained over $175,000,000.00 in verdicts and settlements on behalf of his clients in Buffalo, New York; Niagara Falls, New York; Rochester, New York; and throughout New York State. Our attorneys will work diligently to obtain the compensation that you deserve for your injuries. If you, or a loved one, were a victim of a Clarence, New York serious car accident, we want to help you!