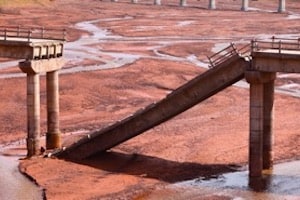 According to the American Society of Civil Engineers (ASCE), there are 614,387 bridges throughout the United States. Over 17,000 of highway bridges are in New York State alone, as reported by the New York State Department of Transportation (DOT). In 2016, more than 9% of bridges in the country were considered structurally deficient. That is, the bridges need substantial maintenance, restoration or even total replacement. On average, 188 million trips are taken over structurally deficient bridges each day.

Every day, millions of Americans depend on bridges to drive to school, work, appointments and recreational activities. Every driver is entitled to use bridges that are safely designed, correctly built and adequately maintained. Nevertheless, no matter how safe and dependable a bridge may seem, bridge collapse accidents can occur at any time. Although rare, when bridge collapse accidents do occur, large numbers of people can be injured or even killed. 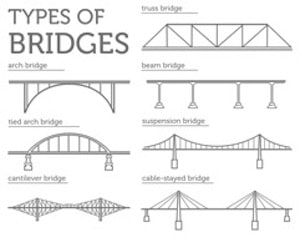 The four primary types of bridges include:

A great deal of precision goes into designing and building every bridge. If designers, engineers, contractors or subcontractors make even the slightest error, the structural integrity of the bridge could be compromised and the aftermath could be catastrophic. Not to mention, even properly engineered bridges require regular inspection and maintenance to make certain they remain safe and reliable.

If you were injured on a bridge that collapsed, contact the Dietrich Law Firm P.C. today at 716-839-3939. Our team of highly experienced and top rated Buffalo, New York bridge collapse injury lawyers will fight for the compensation that you deserve for your injuries.

The Federal Highway Administration (FHA) reports that the average age of a standard, operational bridge is 42 years. Bridges that have been used for decades must be regularly inspected, maintained and repaired to ensure they are structurally sound.

Not only are bridges aging, but they also bear more traffic than ever before. According to the U.S. Department of Transportation, bridges throughout the country endure more than 3 trillion vehicle miles, 223 billion of which are from large commercial trucks. Some bridges were never designed to accommodate the magnitude of crossings and heavy loads that they currently support.

The Federal Aid-Highway Act of 1968 established a requirement for routine inspections of bridges. Bridges are intended to have a lifespan of approximately 50 years, assuming frequent inspections and maintenance take place during that time. However, when a bridge is neglected or improperly constructed, it may fail long before its expected lifespan.

Bridge collapses and other failures are commonly caused by the following:

When bridges collapse over water, both pedestrians and motorists are in grave danger of plunging into the water below. Additionally, when a bridge is located above roads or highways, pedestrians and motorists on the bridge, as well as those traveling below, are placed in harm’s way. For example, the recent collapse of a pedestrian bridge at Florida International University. Although the bridge was closed to the public, the street below the bridge was still unrestricted. Many people below the bridge were seriously injured or killed when it collapsed.

WERE YOU INJURED BY A BRIDGE COLLAPSE IN BUFFALO, NIAGARA FALLS, ROCHESTER OR ELSEWHERE IN NEW YORK STATE?

CALL JED DIETRICH, ESQ. AND HIS TEAM OF BUFFALO, NEW YORK BRIDGE COLLAPSE ACCIDENT INJURY LAWYERS AT 716-839-3939 NOW FOR THE AGGRESSIVE AND TENACIOUS REPRESENTATION YOU DESERVE!

Who is Liable for a Bridge Collapse Accident?

Approximately 44% of the highway bridges in New York are owned by New York’s Department of Transportation, roughly 50% are owned by municipalities, and the remaining bridges belong to private companies. When a bridge collapses because of the government’s lack of oversight in inspecting, maintaining or repairing it, the responsible agency may be held liable for resulting damages. Victims are permitted to file claims against the responsible government agency in charge. Nevertheless, depending on the unique circumstances of a bridge’s failure, responsibility may fall on other parties, such as the engineer, designer, contractor, subcontractor or inspection and maintenance companies. Causes of bridge collapses are not always completely clear. Thus, determining whether the bridge was designed and built correctly is crucial to uncovering all liable parties.

Governmental entities are entitled to special protections from liability if they performed their duties in a reasonable manner. The Federal-Aid Highway Act of 1968 requires nationwide bridge inspection standards for all highway bridges. Federal law requires federal agencies to inspect bridges on public roads under their jurisdictions and report the figures to the Federal Highway Administration’s National Bridge Inventory. Each respective governmental agency within the state has the responsibility to regularly inspect, maintain and repair bridges to ensure that they are safe and comply with federal government standards. When a governmental entity knew about a defect in a bridge, yet failed to repair it in a reasonable time, that entity may be held legally responsible if the defect contributed to the bridge to collapse. However, typically it must be proven that the government agency had prior notice of any defects, unsafe or dangerous conditions.

After a serious accident like a bridge collapse, a person may suffer from life-altering injuries that require extensive medical treatment and make it impossible to return to work. Bridge collapse accidents can even result in death. Victims, or their family members, can pursue recovery for damages including hospital bills, future medical costs, pain and suffering, mental anguish, lost wages and future losses through a personal injury or wrongful death lawsuit.

The Dietrich Law Firm P.C. team is determined, disciplined and dedicated to your cause. The bridge collapse accident injury lawyers in Buffalo, New York at the Dietrich Law Firm P.C. understand how to aggressively and tenaciously pursue bridge collapse accident injury claims. We will zealously fight to obtain the best possible result for your case. The Dietrich Legal Team will zealously battle with insurance companies, cities, towns, villages, New York State and other governmental entities to attempt to obtain the best result for your Buffalo, New York personal injury claim. Contact us today at 716-839-3939.