Jed Dietrich, Esq. and His Team of Lawyers and Paralegals at the Dietrich Law Firm P.C. Fight to Obtain the Best Results for Wrongful Death Cases 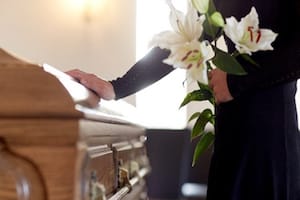 Although no amount of money can truly compensate an individual for the loss of a loved one, it can help to provide a sense of closure and ease the financial burden of burial and medical expenses placed on the decedent’s survivors.

Jed Dietrich, Esq. and his team of trial lawyers at the Dietrich Law Firm P.C. are experienced in handling wrongful death cases in Buffalo, New York. We are available 24 hours a day, 7 days a week at (716) 839-3939. We will come to you and there is never a fee until we WIN for you.

Jed Dietrich, Esq. obtained a $2,400,000.00 settlement for the family of a 49-year-old man who was struck and killed by a school bus while he was crossing the street at a crosswalk.

Jed Dietrich, Esq. fought to obtain compensation for the family of the decedent by:

You, and your loved ones, deserve the best personal injury lawyer in Buffalo, New York. Jed Dietrich, Esq. and his top rated team of Buffalo, New York wrongful death lawyers have settled $175,000,000.00 on behalf of their clients. They will battle to obtain the best possible result for YOU!

What is a Wrongful Death?

In the event of a wrongful death, the personal representative of the decedent’s estate can sometimes file a wrongful death action against those who are responsible for the death.

The wrongful death claim will seek to recover for damages suffered by the decedent and his or her heirs and beneficiaries. Often this includes:

If your loved one died as a result of someone else’s negligence or recklessness, contact Jed Dietrich, Esq. and his top rated team of Buffalo, New York wrongful death lawyers at the Dietrich Law Firm P.C. for a free consultation. We can be reached 24 hours a day, 7 days a week at (716) 839-3939. We will come to you and there is never a fee until we WIN for you.

How Can We Prove a Wrongful Death? 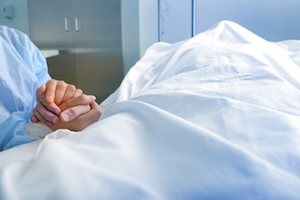 Jed Dietrich, Esq. and his skilled team of wrongful death lawyers at the Dietrich Law Firm P.C. will build a case against a wrongful death defendant by showing that the following occurred:

Each wrongful death case is unique. It is best to contact the Dietrich Law Firm P.C. NOW at (716) 839-3939 so that we can help you. Jed Dietrich, Esq. and his team of top rated wrongful death lawyers in Buffalo, New York are always fighting to obtain the best result for you.

3 Most Frequently Asked Questions After a Wrongful Death in Buffalo, New York

How Much Time do I Have to File a Wrongful Death Claim in New York?

There are strict deadlines for filing personal injury claims in New York, so it is important that you contact the Dietrich Law Firm P.C. today at (716) 839-3939 to preserve your rights.

Generally, the deadline for filing a wrongful death claim in New York is 2 years from the date of death. However, claims against municipalities have shorter time limitations, some as short as 90 days from the date of the negligence or recklessness.

Failure to bring a claim within this time may bar you from recovering compensation.

How Much is a Claim for Wrongful Death Worth?

Every case is different. However, to assess the value of a wrongful death case, lawyers, insurance companies and juries often consider the following:

What Should I Do if a Loved one Suffered a Wrongful Death?