Experienced Lawyers and Paralegals Fighting to Obtain the Best Result for People of New York State Injured in Airplane Accidents.

Our dedicated staff of Buffalo, New York airplane accident attorneys at the Dietrich Law Firm P.C. are equipped to help victims of airplane crashes recover the maximum compensation possible. If you, or a loved one, have suffered serious injury or death in an aviation accident, you want Jed Dietrich, Esq., a Best Lawyer of America, to fight for YOU. Jed Dietrich, Esq. has a stellar record of obtaining the best results for personal injury cases in Buffalo, New York; Rochester, New York and Niagara Falls, New York.

Call the Dietrich Law Firm P.C. today at 716-839-3939 and let our aggressive, tenacious and hardworking team assist you every step of the way in your personal injury case. We are available 24 hours per day and 7 days per week, and there is never a fee unless we win for YOU.

We Represent Airplane Crash Victims And Their Families

Air travel is a routine part of American life. Commercial airlines transport thousands of families on vacation, business people traveling for work and other travelers every day. There are as many as 5,000 planes in the air in the United States at a time. The airline industry is a powerful sector of the American economy. 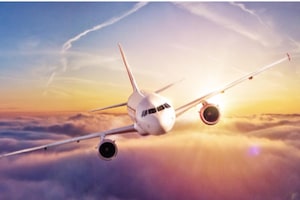 Although plane crashes are rare, they do occur and can be devastating.

The National Transportation Safety Board investigates all major airplane crashes that occur in the United States. However, victims of plane crashes and their families can also bring lawsuits to recover lost wages, medical bills and pain and suffering.

At the Dietrich Law Firm P.C., we zealously represent the victims of aviation accidents and their families. Jed Dietrich, Esq. and his top rated staff have secured over $175,000,000.00 in settlements and verdicts on behalf of their clients. We will use our extensive experience to attempt to obtain the best result for your airplane accident. Call us today for a free consultation at 716-839-3939.

Why Do Airplanes Crash?

Modern aircrafts are complex technological and engineering feats. There are a variety of reasons why planes crash, including:

Commercial airlines are employing sophisticated, cutting-edge technology in their aircrafts to make them fuel efficient and cost effective. While pilots have less of a responsibility to manually operate the aircraft than ever before, there are numerous time-sensitive decisions that have to be made in the cockpit. Some of the most common scenarios where pilot error leads to a crash are:

Pilot error is the primary cause of almost 50% of fatal plane crashes.

Commercial pilots have a heightened responsibility to ensure the safety of all passengers. Negligence in the cockpit can result in a devastating crash.

CONTACT JED DIETRICH, ESQ., A BEST LAWYER OF AMERICA, AND HIS STAFF OF SUPERB AVIATION ACCIDENT INJURY LAWYERS AT THE DIETRICH LAW FIRM P.C. IMMEDIATELY AT 716-839-3939.

WE ZEALOUSLY REPRESENT THE VICTIMS OF NEGLIGENCE IN AVIATION ACCIDENTS.

Modern aircrafts rely on automated systems, software and technology more than ever before. This makes routine maintenance and repairs crucial. These complex systems and components must be approved by the Federal Aviation Administration and inspected regularly to prevent a disastrous crash. 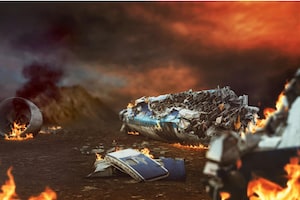 If one small part of the plane has a defect or fails, this could lead to mechanical failure. With numerous systems working at once, the pilot and flight crew must be aware of how these systems function in relation to one another.

Mechanical issues with the landing gear, fuel system and electrical system can cause serious issues and lead to deadly crashes.

If your plane crashed because of a mechanical issue, several parties may be liable. These include:

Airplane crashes are complex cases, usually involving several liable parties. You want the most aggressive, tenacious and hardworking team of top rated personal injury lawyers and paralegals in Buffalo, New York to meticulously sort through your case and identify those responsible for your injuries. Successful plane crash lawsuits require an attorney with knowledge of the airline industry. Call the highly rated and seasoned attorneys at the Dietrich Law Firm P.C. TODAY at 716-839-3939. We will fight to obtain the best result for YOU in your personal injury case after an airplane accident!

The pilot and crewmembers of a plane are constantly communicating with air traffic control and other airline employees on the ground. These officials are responsible for giving takeoff and landing instructions to pilots and monitoring planes in the air using radar technology.

Potential situations that could be deemed air traffic control negligence include:

Planes crash for a variety of reasons, but the majority of accidents are caused by human error.

If you are the victim of negligence that resulted in an airplane crash, Jed Dietrich, Esq. and his team of top rated lawyers and paralegals can sue on your behalf for lost wages, pain and suffering and expensive medical bills. Let our highly experienced firm fight to obtain the maximum compensation for YOU. There is never a fee unless our aggressive, tenacious and hardworking airplane accident lawyers in Buffalo, New York secure a settlement or verdict on your behalf. The Dietrich Law Firm P.C. is available 24 hours per day and 7 days per week. Contact us at 716-839-3939 to schedule a free consultation. There is never a fee unless we WIN for YOU.

Planes fly at high altitudes and through clouds. It is inevitable that bad weather will affect flight patterns. The pilot’s visibility while operating the plane can also be compromised. Some of the most common and treacherous weather scenarios are:

If you, or a loved one, have been hurt or killed in a plane crash, you want a highly experienced aviation firm to fight on your behalf so that you receive the best result for your personal injury case. Jed Dietrich, Esq. and his seasoned team of top rated Buffalo, New York airplane accident lawyers have successfully obtained over $175,000,000.00 in verdicts and settlements for his clients in Buffalo, New York; Rochester, New York; Niagara Falls, New York; throughout New York State and beyond. Call us immediately at 716-839-3939. You do not want to take on large airlines and insurance companies alone!