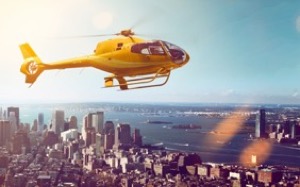 A recent helicopter crash in the state of California has received a great deal of media attention. Of the nine people who died, one was an acclaimed basketball star, Kobe Bryant. With such a high profile death, the public’s eye has been drawn towards the case, and concern for the safety of helicopter flights has once more become a topic of conversation. Unfortunately for those businesses that rely on helicopters, such as commuter travel or tourist agencies, when accidents of this kind occur, they are often fatal, as was the case with the crash in California.

Jed Dietrich, Esq. knows the often-calamitous effects of personal injury. He has represented countless clients over the years, obtaining over $175,000,000 in verdicts and settlements on behalf of his clients. If you believe that you or a loved one has been injured as a result of a helicopter accident in Buffalo, New York, do not hesitate to reach out to the Dietrich Law Firm P.C. at 716-839-3939. 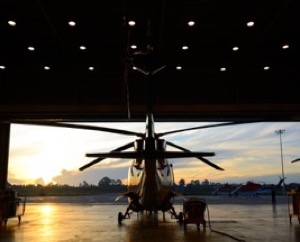 Helicopters are most commonly used for emergency medical evacuations or news coverage, but they are also employed as commuter transports and by sightseeing companies. “Over the past two decades, the U.S. helicopter fatal accident rate has been cut in half, from 1.27 fatal accidents per 100,000 flight hours to 0.63,” read a report from AviationPros.com. Accident rates for helicopter crashes have been declining over a six-year period. While fewer accidents every year is an encouraging trend, it does not mean that no accidents occur at all. If anything, the fewer the number of accidents, the greater the tragedy when one does take place.

A two-year comparison of helicopter accident statistics revealed that out of 108 helicopter-related accidents, there were 29 fatalities, with 121 accidents and 34 fatalities the subsequent year. In contrast to the above data, this shows an upward trend in deaths from helicopter crashes in the United States.

For over twenty years, Jed Dietrich, Esq. has successfully represented individuals in personal injury cases throughout the Western New York area. Today, he is recognized as a Best Lawyer of America and is fully capable of representing you in your personal injury case. To receive a free consultation, call us now at 716-839-3939.

Helicopters are required to comply with a number of safety regulations at all times. These are intended as much for passengers’ security as they are for the safety of the pilots and bystanders. The following information from the Federal Aviation Administration states that:

New York State has issued its own rules for air traffic, which all aircraft and helicopter pilots are required to obey. These include such prohibitions as not flying recklessly, maintaining safe altitudes over high traffic areas, stocking parachutes for emergency evacuation, and otherwise following all rules of air traffic.

DID YOU, OR A LOVED ONE, SUFFER INJURIES FROM A HELICOPTER CRASH IN WESTERN NEW YORK?

Determining Liability in the Event of a Crash 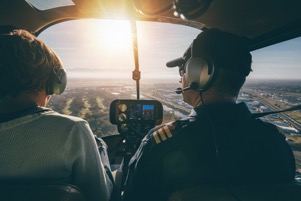 No matter how informed or prepared an individual is in advance of a helicopter trip, it is the pilot who holds the safety of his passengers in hand. It is the pilot’s responsibility to ensure flight conditions are safe for travel, especially when charged with the well-being of passengers. In the event of a crash or helicopter-related incident, culpability resides with the owner and operator of the transport. Following a crash, once any injured parties have been evacuated, the wreckage of the transportation is to be left untouched until it has been inspected by someone from the state police department or other public authority. This is a necessary step, as it will determine whether a crash was caused by pilot error, mechanical malfunction, or other outside complications, and will provide crucial evidence in legal proceedings.

Determined and disciplined, Jed Dietrich, Esq. believes that in a personal injury claim, the client’s needs should come first. At the Dietrich Law Firm P.C., our elite team of helicopter accident personal injury lawyers are highly educated and experienced, and your best resource when it comes to determining the steps to take in the event of a helicopter related incident. We can be reached twenty-four hours a day and seven days a week at 716-839-3939, and are ready to assist you in the best possible way.