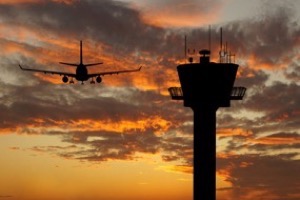 When contemplating the inherent dangers associated with aircraft transportation, it is common to overlook the critical role that air traffic controllers play. However, their job is necessary in order to ensure the safe operation of all types of aircrafts. Air traffic controllers are responsible for the take-off, landing, and regulation of traffic both on the ground and in the air. Without them, aircrafts are at a serious risk for crashes and collisions. A good example of this was the mid-air collision between a helicopter and an airplane that took place over the Hudson River in New Jersey. The crash resulted in the deaths of nine people – every individual on board the helicopter and the airplane. The National Transportation Safety Board ultimately ruled that the collision occurred due to the inattentiveness of the air traffic controller on duty at the time. When an air traffic controller fails to properly execute his or her responsibilities, catastrophic accidents occur.

Jed Dietrich, Esq. understands the calamitous effects of serious personal injuries. He has represented countless clients over the years, with over $175,000,000 in successful wins for his clients. If you believe that you or a loved one have been injured as a result of air traffic controller negligence in Buffalo, New York, do not hesitate to reach out to the Dietrich Law Firm P.C. at 716-839-3939.

The position of an air traffic controller is an extremely demanding specialization. It requires three years of in-field experience, a degree from an Air Traffic Collegiate Training Initiative program, as well as the successful completion of exams administered by the Federal Aviation Administration. Individuals in this profession carry a great deal of responsibility, as it is their job to ensure the safe take-off and landing of hundreds of aircrafts each year. The position demands attention to detail, quick thinking, and a solid grasp of the technical aspects of flight. A few of the responsibilities of air traffic controllers include:

When an air traffic controller fails to perform an aspect of their job, they put at risk every aircraft and individual that relies on their information and quick thinking to keep them safe. For over twenty years, Jed Dietrich, Esq. has successfully represented individuals in personal injury cases throughout the Western New York area. Today, he is recognized as a Best Lawyer of America and is more than capable of representing you in your personal injury case. To receive your free consultation, call us now at 716-839-3939.

A great deal of responsibility rests upon the shoulders of air traffic controllers. The National Air Traffic Controllers Association (NATCA) noted that air traffic controllers “ensure the safety of about two million aviation passengers per day.” The more stressful and demanding a position, the greater the potential for accidents to occur. If an air traffic controller makes an error or is in some way negligent, as was the case in the Hudson River crash, the odds of an accident occurring increase significantly.

An error on the part of an air traffic controller can result in what is called a “runway incursion.” This is when “an unauthorized aircraft, vehicle, or person is on a runway” and causes a situation in which a crash might occur. One notable example of this occurred when a Skywest Airlines plane landed before the runway was completely clear, forcing a Republic Airlines plane to take off quickly to prevent a collision. Because of this error, the air traffic controller responsible for the error had to recertify for his position.

Determined and disciplined, Jed Dietrich, Esq. believes that in a personal injury claim, the client’s needs should always come first. At the Dietrich Law Firm P.C., our lawyers are highly educated and experienced, and your best resource when it comes to determining the steps to take after an air traffic controller negligence accident. We can be reached twenty-four hours a day and seven days a week at 716-839-3939 and are ready to assist you.

The NATCA’s code of conduct for air traffic controllers states that the individual’s “performance and actions are a demonstration of his or her personal commitment to safety, excellence, and upholding their oath to public trust.” When an air traffic controller fails to perform their job properly, they put countless lives at risk.

According to the Federal Aviation Administration (FAA) website, the United States sees over 43,000 flights per day. With over 14,000 air traffic controllers, that amounts to roughly three individuals responsible for each flight. In a year, one person can monitor the safe passage of nearly 16,000,000 flights. Every day, hundreds of lives are entrusted to a handful of people, who are expected to perform their jobs without error.

DID YOU, OR A LOVED ONE, SUFFER INJURIES FROM AIR TRAFFIC CONTROLLER NEGLIGENCE IN BUFFALO, NEW YORK?