Jed Dietrich, Esq., Recognized as a Best of the Best Top 10 Personal Injury Attorney, Is Prepared to Represent Individuals Injured as a Result of Paragliding Accidents in Buffalo, New York. 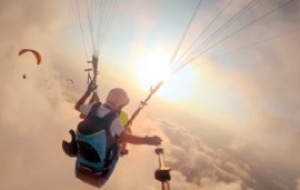 A recent study conducted by the National Institutes of Health found that for individuals involved in paragliding accidents, multiple fractures were the leading cause of fatalities. Paragliding is a popular recreational and professional sport. It captures the thrill of flying without the need for a plane jump-off point, as skydiving requires. While paragliding has statistically fewer total injuries compared with other extreme sports, it does have a higher fatality rate. In some instances, paragliding injuries are avoidable so long as proper training, safety equipment, and judgment are utilized, but it is not always possible to account for all potential hazards while in the air. Accidents can and do happen.

At the Dietrich Law Firm P.C., we understand the life-changing effects of personal injury. An accident on a paraglider can permanently alter your way of life. As such, the importance of finding the right representative for your personal injury case cannot be overstated. Our team of top rated personal injury attorneys is more than capable of representing you. Please call us today at 716-839-3939 or contact us online for your free consultation.

As with many modern-day inventions, paragliding was the result of multiple minds working to develop and improve upon subsequent designs. While the parachute itself dates back to a design by the Italian inventor Leonardo da Vinci, and possibly even before then, paragliding has its origins in the design of World War II Air Force pilot David Barish. Barish worked with NASA to develop a parachute that would allow NASA space capsules to return safely to earth. This project was abandoned in favor of a different method, but another American, Domina Jalbert, developed the Parafoil in 1964, and it was from this aerodynamic glider that paragliding was born. Paragliding took off as a sport in 1978 and has continued to rise in popularity ever since.

In design, a paraglider performs a similar function to a parachute. Unlike parachutes, however, paragliders are designed to keep a rider airborne for longer periods of time. Powered paragliding, a more recent invention, involves the use of a powered motor that eliminates the need for a high take-off, as the motor has sufficient force to propel a user off the ground and into a glide. Paragliding is different from parasailing, another recreational sport where passengers sit on a bench attached to a parachute pulled by a boat. Unlike paragliding, parasailing is far more passive and requires little skill on the part of the passengers.

Jed Dietrich, Esq., recognized as a New York Super Lawyer, is well acquainted with the often-calamitous effects of personal injury. He has represented countless clients over the years, attaining over $175,000,000 in successful wins for his personal injury clients. If you believe that you or a loved one have been injured in Buffalo, New York, do not hesitate to reach out to the Dietrich Law Firm P.C. at 716-839-3939 or by filling out the online consultation form.

A paraglider can be used whether jumping from heights of several thousand feet or from a building. The higher the starting point, the greater the risks are facing a paraglider pilot, and the more demanding the flight. Paragliding accidents are most commonly caused by the following three factors:

The Dietrich Law Firm P.C. has been operating throughout Buffalo, New York, for over a decade. In that period, it has represented countless personal injury victims. If you seek a team of dedicated, hardworking, and skilled lawyers to represent you, the Dietrich Law Firm, P.C., is your top choice. For more information on how we might best represent you, call us today at 716-839-3939 or visit us online.

In a recent four-year period, there were a total of 20 paragliding fatalities in the United States. The most common cause of paragliding fatalities was due to either injury suffered from crash landings or from accidental drownings when the equipment becomes tangled around the paraglider. The report from the World Journal of Emergency Medicine found that paragliding deaths were often the result of multiple injuries that combined to prove fatal for the individual.

Among the non-fatal injuries, individuals typically suffered minor bruises, sprains, and cuts. The more severe non-fatal injuries included broken arms, broken legs, pelvis fractures, and back injuries. The sudden impact of a landing can easily cause trauma to the body that results in these types of injuries, but it was actually more common for individuals to be injured while in the air. This could be due to sudden changes in wind, jerking the individual around in the harness, or colliding with objects such as trees or cliff faces while midair.

While many can and do choose to paraglide on their own, it is highly recommended that you do it with a companion, or at the very least with someone close by who would be able to render assistance in the event of an emergency.

DID YOU, OR A LOVED ONE, SUFFER INJURIES FROM A PARAGLIDER ACCIDENT IN BUFFALO, NEW YORK?