The Dietrich Law Firm P.C., Recognized as an American Institute of Personal Injury Attorneys 10 Best Personal Injury Law Firm, Will Fight on Behalf of Individuals Injured as a Result of Parachute Failure Accidents in Buffalo, New York and Throughout New York State. 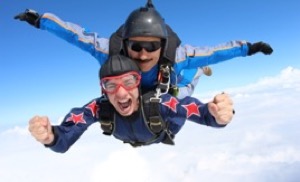 Since the 1940s, skydiving has been a popular recreational activity and extreme sport in the United States. A recent year saw over 2,000 skydiving-related injuries and a total of 13 fatalities. This, according to the United States Parachute Association, was a record low for parachuting fatalities. Statistically, the odds of being injured while skydiving is higher than suffering a fatality, but individuals contemplating skydiving should be aware of the potential dangers inherent in the sport and take necessary precautions to ensure their personal safety and the safety of others.

Jed Dietrich, Esq. knows that the safety of you and your loved ones is a top priority. It is his mission to ensure that you receive proper representation in your parachute failure accident claim and that you obtain the highest compensation possible for your injuries. Our team of Buffalo, New York personal injury attorneys at the Dietrich Law Firm P.C. are available 24 hours a day, 7 days a week, and can be reached at 716-839-3939 or online.

A Brief History of Parachutes

Today, parachutes are used by numerous institutions, from search and rescue organizations to the United States Air Force. In fact, it has been utilized for hundreds of years since aeronaut Andre-Jacques Garnerin invented the first functional parachute in 1797. Even before Garnerin, designs for parachutes were sketched and tested by individuals across the world. Leonardo da Vinci, who lived three hundred years before Garnerin, designed what was possibly the first functional parachute, although it is doubtful whether da Vinci ever tested it out himself.

In 1911, a Russian inventor from St. Petersburg by the name of Gleb Kotelnikov invented the first backpack parachute. With the coming of World War I, there was a sudden need for a safer parachute, and Kotelnikov’s design quickly found an eager market. Following World War I, two Americans worked to develop their own version of the backpack parachute, which was subsequently used throughout World War II. Today, Kotelnikov’s invention is utilized by airborne military divisions and skydivers alike.

A personal injury from a parachute failure accident can be a life-changing event. At the Dietrich Law Firm, P.C., our team of dedicated and hardworking attorneys is ready to represent you in your case today. Call our offices at 716-839-3939 or contact us online to receive a free consultation – our clients are never charged until we have obtained a win on their behalf.

Why do Parachutes Fail?

In order to safeguard against these outcomes, all skydivers are required to carry a secondary or reserve parachute to be used in the event that the first parachute fails to launch. The reserve parachute is inspected by an individual certified by the Federal Aviation Administration to ensure that it has been packed correctly. 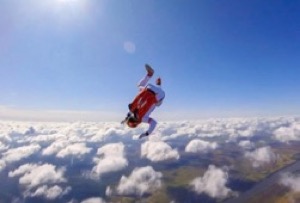 The average height of a skydiving jump is between 10,000 and 13,000 feet. A parachute should be deployed between 3,000 and 5,000 feet while there is still sufficient time to slow the descent. Fortunately, most skydiving experiences are conducted in tandem with an instructor, who controls the release of the parachute. Skydiving injuries are less prevalent than they have been in past years and typically result from human error or poorly made landings. The impact of a bad landing can lead to concussions, injuries to the back, neck, and spine, and broken or sprained limbs.

An injury that resulted from a parachute failure can be a life-altering experience. For over 20 years, Jed Dietrich, Esq. has successfully represented individuals in personal injury cases throughout the Western New York area. Today, he is regarded to be a Best Lawyer of America and is fully capable of representing you in your personal injury case. To receive your free consultation, call us now at 716-839-3939 or visit us online.

The United States Parachute Association (USPA) is a New York State based organization dedicated to the sport of skydiving. The organization’s website has resources for individuals interested in learning about skydiving, including information on safety and training, skydiving schools, and competitions across the U.S. Individuals who are interested in skydiving more than once should consider attending schools to become licensed.

Despite the risks associated with skydiving, it continues to be a popular sport across the U.S. The average age of skydivers is between 30 and 50 years old, and men are more common than women, but in truth, anyone can skydive. It requires only time and the interest to learn. The Western New York area has several opportunities for recreational skydiving, including Skydive The Falls, WNY Skydiving, and Rochester Skydivers. For more locations nearby and across the U.S., visit USPA’s website.

DID YOU, OR A LOVED ONE, SUFFER INJURIES FROM A PARACHUTE FAILURE IN BUFFALO, NEW YORK?