At the Dietrich Law Firm P.C., Our Top Rated Injury Attorneys Will Work to Obtain the Highest Possible Compensation for Individuals Who Have Been Injured as a Result of Ski or Snowboard Accidents. 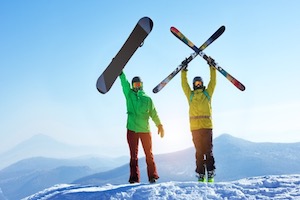 Residents of Buffalo, New York, are no strangers to snow. With an average annual snowfall of 93 inches, many find it to be the perfect place to engage in skiing and snowboarding. As with any physical activity, however, there are potential dangers associated with these two popular winter sports. Individuals can be seriously injured by falling from skis or snowboards or from crashing into objects or fellow skiers and snowboarders. Even a professionally maintained course, such as a snow park, is not without hazards.

If you, or a loved one, suffered severe injuries or worse in a skiing or snowboarding accident, you want the best personal injury lawyer in Western New York to handle your case. Jed Dietrich, Esq. and his compassionate team of ski and snowboard accident injury attorneys are committed to safeguarding the legal rights of victims. Since 1999, Jed Dietrich, Esq., a proud member of the Million Dollar Advocates Forum, has exclusively handled serious personal injury cases. Jed Dietrich, Esq. has battled to obtain over $175 Million in verdicts and settlements for victims who were injured in Buffalo, New York, and beyond. Our highly experienced attorneys have seen the adverse effects that the dreadful injuries suffered by accident victims can have on them, and ultimately their loved ones. Pursuing a personal injury claim against the responsible party may be the only way to begin to recover. To receive your free consultation, call us now at 716-839-3939 or visit us online.

History Of Skiing And Snowboarding

While today skiing is a sport cherished for its recreational and competitive qualities alike, at their inception, skis were a tool developed for survival purposes. According to an article from BBC travel, skis were used by early man to traverse difficult terrain. They continued to be used for transportation for centuries, and in the 1760s, the first skiing competitions were recorded by the Norwegian army. In 1924, the Winter Olympic Games incorporated skiing for the first time.

Forty years after skis became a part of the Olympic Games, another type of snow sport came into existence: snowboarding. The first snowboard was invented by a man named Sherman Poppen in 1965. Seeking an innovative way to have fun in the snow, Poppen joined a pair of skis into one long board that he then used to slide over the snowbanks around his house. This kicked off the popularity of the “Snurfer,” later to become the snowboard. In 1998, snowboarding joined skiing as one of the sports comprising the Winter Olympic Games.

DID YOU, OR A LOVED ONE, SUFFER INJURIES FROM A SKIING OR SNOWBOARDING ACCIDENT IN BUFFALO, NEW YORK?

Most Common Skiing And Snowboarding Injuries

The majority of snowboarding and skiing injuries result from crashes and falls. However, in some instances, injuries can result due to defective products. The presence of an inherent defect in a piece of equipment can lead to serious injury. In some cases, a product liability lawsuit can be brought against a manufacturer if they failed to advise consumers of a potential defect or omitted proper instructions. If you, or a loved one, have been injured as a result of a defective skiing or snowboarding product, the Dietrich Law Firm, P.C.’s team of dedicated and hardworking personal injury attorneys is ready to represent you in your case today. Call our offices at 716-839-3939 or contact us online to receive a free consultation. Remember, our clients are never charged until we have obtained a win on their behalf.

Resources For Skiers And Snowboarders 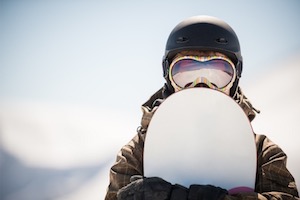 Today, with so many resources available for skiers and snowboarders, it can be challenging to know what products are safest. If you are a beginner to winter sports, Urban Outdoors’s website offers some useful tips for skiers and snowboarders. For advice about equipment, reference Insider’s list of the top recommended ski gear or Outside Online’s list of recommended snowboards. Whether you are a beginner or a seasoned winter sports veteran, residents of Buffalo, New York, live in close proximity to several snow parks that offer venues for skiing and snowboarding. Information on the five closest locations to Buffalo can be found on NewYorkUpstate.com.

We all want to keep our loved ones safe, but sometimes the unthinkable occurs. When that happens, the last thing we want is to worry about what action steps we need to take. At the Dietrich Law Firm P.C., our team of experienced Buffalo, New York skiing and snowboarding accident injury attorneys is more than capable of assisting you every step of the way. Allow us to represent you in your case – you do not have to fight alone. Call today at 716-839-3939 or visit us online to begin the process.