Jed Dietrich, Esq., Highly Praised as a Premier Lawyer of America and Distinguished Justice Advocate, and His Team of Hardnosed, Tenacious, and Painstaking Attorneys at the Dietrich Law Firm P.C. Fight to Obtain Extraordinary Outcomes for Victims Who Have Developed Chronic Diseases Because of Camp Lejeune’s Contaminated Drinking Water. 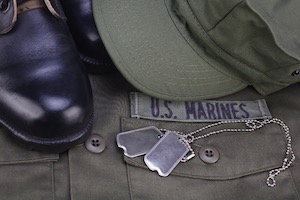 Recently passed in both the House and Senate, the Camp Lejeune Justice Act of 2022 allows those who were exposed to contaminated water at Marine Corps Base Camp Lejeune and Marine Corps Air Station (MCAS) New River in North Carolina to bring lawsuits against the government. Once the Camp Lejeune Justice Act is signed into law by President Joe Biden, a significant number of lawsuits are expected to be filed. This will likely set off a mass tort lawsuit in the United States District Court for the Eastern District of North Carolina. A mass tort is a lawsuit consisting of multiple victims that pursue claims on behalf of all those affected against a defendant in federal or state court. The Dietrich Law Firm P.C.’s elite Camp Lejeune tainted drinking water lawyers are highly qualified to take on even the most complicated cases. As a nationally recognized law firm acclaimed for handling mass torts throughout the United States, we have the expertise and vast resources to build the strongest possible cases for our clients.

Heartbreaking stories of veterans and their families developing cancer and other life-threatening illnesses after being exposed to contaminated water motivate Jed Dietrich, Esq., to provide the highest level of personal injury service to victims throughout the country. The Dietrich Law Firm P.C.’s seasoned team of personal injury lawyers has successfully represented numerous victims whose lives were torn apart due to hazardous chemicals exposure. Jed Dietrich, Esq., renowned as Best of the Best Top 10 Personal Injury Attorneys, has an extensive track record of getting results for victims and has litigated cases similar to this against states, the federal government, and some of the world’s biggest corporations.

No one knows how to aggressively litigate contaminated water claims better than the Dietrich Legal Team. We will zealously fight to obtain the best possible result for all your damages. Below, our expert team has put together some of the most frequently asked questions and responses regarding the Camp Lejeune water lawsuits. If you have any additional inquiries relating to a potential claim, please do not hesitate to contact us. You can reach us by calling 716-839-3939 or by completing the online consultation form. Our highly experienced hazardous water injury lawyers are available 24 hours per day and 7 days per week. The best part is that there is never a fee unless we WIN for you! 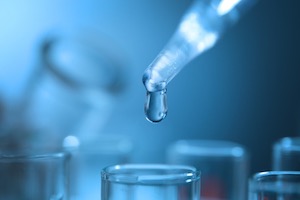 Some of the most frequently asked questions regarding water contamination at Camp Lejeune and MCAS New River include:

WERE YOU, OR A LOVED ONE, DIAGNOSED WITH CANCER OR OTHER DISEASES AFTER BEING EXPOSED TO CONTAMINATED WATER AT CAMP LEJEUNE OR MCAS NEW RIVER?

CALL JED DIETRICH, ESQ. AND HIS TOP RATED AND BATTLE-TESTED TEAM OF WESTERN NEW YORK CAMP LEJEUNE CONTAMINATED WATER ILLNESS LAWYERS AT 716-839-3939 NOW TO GET THE HELP THAT YOU NEED!

In over 20 years of practice, Jed Dietrich, Esq., acclaimed as an American Institute of Trial Lawyers Litigator of the Year, has amassed more than $175 million in court judgments and settlements for his clients. The Dietrich Law Firm P.C.’s team of highly experienced and top rated mass tort attorneys will strive to deliver the best possible result for Marines and their families impacted by the water contamination. Given the current legislative developments, the Dietrich Law Firm P.C.’s elite lawyers are currently evaluating potential claims under the Camp Lejeune Justice Act. If you, or someone close to you, believe that you have suffered harm caused by the tainted water at Camp Lejeune or MCAS New River, please consider consulting with a battle-tested personal injury attorney known for handling mass tort cases throughout the county. Our devotion to exceeding your expectations and obtaining the highest compensation is what sets us apart from other law firms. Please call us today at 716-839-3939 or by filling out our online consultation form to find out more about how we can help you!