The Consequences of Camp Lejeune's Contaminated Water on Marine Families 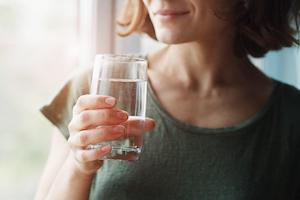 Water is one of the most precious resources on the planet. The average human body is roughly 50 to 70% water. As such, a person cannot live without water for more than 3 days. But what happens when the water you have been drinking is contaminated with toxic chemicals? To answer this question, we will examine one of the biggest water contamination scandals in the history of the United States. In 34 years, an estimated 1.1 million Marines, military contractors, and their families living and working at Camp Lejeune and Marine Corps Air Station (MCAS) New River were exposed to toxic water. Hazardous substances, such as benzene, vinyl chloride, trichloroethylene (TCE), tetrachloroethylene (PCE), and other volatile organic compounds (VOCs), can cause victims to develop devastating and even fatal illnesses. The levels of some of the chemicals found in base water supplies exceeded 2000 times the Environmental Protection Agency’s (EPA’s) recommended safety limits.

The chemicals in the water also substantially impacted pregnant women and their children. Many innocent babies died as a consequence of their mothers being recklessly exposed to tainted water during their pregnancies. Unfortunately, because they are still developing, infants are particularly vulnerable to the effects of hazardous compounds. When expecting mothers and children drank contaminated water on-base, they faced a much higher potential of suffering long-lasting damage. The Centers for Disease Control and Prevention (CDC) conducted a study that analyzed nearly 12,600 children born at Camp Lejeune between 1968 and 1985. The results confirmed a considerable link between the contaminated water and a heightened risk of severe birth defects and childhood cancers. The Dietrich Law Firm P.C.’s compassionate team considers the losses incurred by Marines’ spouses and children to be one of the biggest tragedies to surface from Camp Lejeune’s water contamination.

Jed Dietrich, Esq., a prominent member of the Premier Lawyers of America, has helped thousands of injured victims and their loved ones by providing the finest possible legal representation. In just over 23 years of practice, Jed Dietrich, Esq. has successfully demanded over $175 million in judgments and settlements to compensate his clients for their injuries and illnesses. The Dietrich Law Firm P.C.’s battle-tested team is extremely proud of its national reputation for obtaining 7 and even 8-figure compensation amounts. Our highly experienced toxic tort attorneys never want our clients to have to worry about being able to afford their hospital bills and other medical expenses. Jed Dietrich, Esq.’s biggest reward is hearing his clients proudly boast about the superior personal injury representation that the Dietrich Law Firm P.C. provided to them. We would be honored to discuss the particulars of your Camp Lejeune water contamination exposure claim as soon as possible. Please contact our best of the best team today for your free, no-obligation consultation and case assessment. We are available twenty-four-seven by calling us (716) 839-3939 or completing our online consultation form. 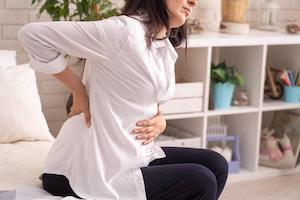 Expecting mothers have a heightened susceptibility to contaminants because the hormones that are released throughout pregnancy affect the elimination of some chemicals and the functioning of certain organs. Investigations found a strong correlation between exposure to the tainted water at Camp Lejeune during pregnancy and adverse birth outcomes and birth defects. Some of the harm suffered specifically by the wives and children of service members include:

DID YOU, OR YOUR CHILD, SUFFER FROM A NEUROLOGICAL DISORDER OR BIRTH DEFECT AFTER BEING EXPOSED TO CONTAMINATED WATER AT CAMP LEJEUNE OR MCAS NEW RIVER?

Compensation for the Spouses and Children of Marines

The Dietrich Law Firm P.C.’s leading attorneys recognize that many of the fetuses and children that were exposed to water full of industrial chemicals have spent their whole lives suffering from the devastating effects. The babies that were fortunate enough to survive are likely enduring severe cognitive effects as adults. Suppose that you, or your child, have suffered health problems caused by consuming tainted water at Camp Lejeune or MCAS New River; you have likely confronted various barriers when seeking compensation. An investigation uncovered that the Department of Veterans Affairs (VA) denied 89 percent of all disability claims related to the associated contaminants in the water at Camp Lejeune. Non-veterans, such as spouses and children of Marines, were previously ineligible to collect any damages or benefits. However, under a new law, if you are a family member of a Marine who was stationed at Camp Lejeune or MCAS New River between 1953 and 1987 and has been diagnosed with any of the above conditions, you may be entitled to obtain the following damages:

The Dietrich Law Firm P.C.’s battle-tested attorneys have successfully represented thousands of victims. Jed Dietrich, Esq. has determinedly persuaded negligent government agencies or other parties to forfeit at least $1,000,000.00 or more 38 times to resolve his clients’ injury claims. Jed Dietrich, Esq., acclaimed as one of America's Top 100 Personal Injury Attorneys, possesses fierce negotiation skills, trial experience, and extensive verified results to demand the big money that you deserve. The last thing our deeply committed team wants to see is the federal government get away with the harm that it has caused you. The Dietrich Law Firm P.C.’s seasoned Camp Lejeune tainted water attorneys are available 24 hours per day and 7 days per week by dialing (716) 839-3939 or by completing our online consultation form. Please do not hesitate to contact our elite and highly qualified legal team to learn more about your options.