Assumption of the Risk Defense

Contact the Dietrich Law Firm P.C., Acclaimed as a 10 Best Personal Injury Law Firm, if You Have Been Seriously Injured in an Accident in Buffalo, New York or Throughout Western New York. 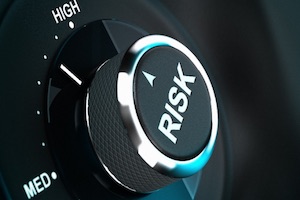 Most personal injury claims center around allegations of negligence. To prove negligence, a plaintiff must show that the defendant owed them a duty of care, that duty was breached, the breach caused the plaintiff to suffer injury, and resulted in actual damages. However, a defendant’s assertion of an assumption of the risk defense alleges that he or she never owed the plaintiff a duty of care to begin with. By alleging an assumption of the risk, the defendant claims that the plaintiff recognized the risk of injury and accepted responsibility for any accident that might occur. If you, or a loved one, have suffered serious injuries because of another’s negligence, you deserve to be adequately compensated. Regrettably, if the defendant can prove that you were aware of the risk and still assumed it anyways, he or she might be able to avoid paying the compensation you rightfully deserve.

Our elite injury attorneys will use the most effective legal strategies to defeat any assumption of the risk defense, improve your chances of receiving the highest possible compensation for all of your injuries, and ensure that justice triumphs. With our help and insightful guidance, common pitfalls and complications can easily be averted. Since 1999, Jed Dietrich, Esq. has exclusively handled personal injury cases. Jed Dietrich, Esq. has battled to obtain over $175 Million in verdicts and settlements for victims who were injured in Buffalo, New York, throughout New York State, and beyond. Although no amount of money can completely erase the harm caused by your injury, compensation can help reduce your financial burdens and pay for your damages. The Dietrich Law Firm P.C.’s team offers free lawsuit consultations. Our veteran team is available 24 hours a day, 7 days a week, at (716) 839-3939 or by filling out our online consultation form. There is never a fee unless we WIN for you!

Categories of Assumption of Risk 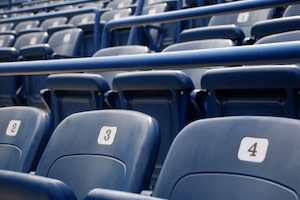 Under New York law, there are 3 different types of assumption of risk, including:

Generally, both primary and express assumptions of risk can completely bar the plaintiff’s recovery. However, plaintiffs are not completely barred from recovering compensation in cases where implied assumption of risk can be shown. When implied assumption arises, courts tend to apply a comparative fault standard to assess each party’s degree of fault. This allows the jury to award the plaintiff compensation for his or her injuries but decrease it by the percentage that they were at fault. Thus, a plaintiff might not recover the full value of their claim.

WERE YOU, OR A LOVED ONE, SEVERELY INJURED IN AN ACCIDENT BECAUSE OF ANOTHER’S NEGLIGENCE IN BUFFALO OR OTHER PARTS OF NEW YORK STATE?

CALL JED DIETRICH, ESQ. AND HIS HIGHLY EXPERIENCED TEAM OF BUFFALO, NEW YORK PERSONAL INJURY ATTORNEYS AT (716) 839-3939 NOW TO OBTAIN THE HELP THAT YOU DESERVE!

How to Effectively Combat Assumption of the Risk Defenses

Although courts usually presume that athletes recognize the risks associated with a particular sport, the primary assumption of risk defense can be overcome by demonstrating that the victim’s injuries could not have been reasonably anticipated. In other words, the injury that occurred was completely uncharacteristic of the sport—for example, a victim who suffered total paralysis from a tennis-related injury. Additionally, if another player acted unsportsmanlike or fouled the victim, our veteran attorneys could argue that the player’s actions were not part of the game. For instance, when Mike Tyson bit Evander Holyfield’s ear off in their historic boxing match.

Under New York Law, agreements waiving a victim’s right to an injury claim are not always considered valid. In particular, any person or entity that requires payment for a recreational activity will presumably be disqualified from raising an assumption of risk defense. For example, gyms’ mandatory waivers that members must sign before activating their memberships are often found to be invalid or improper. Courts can invalidate waivers depending on the wording and the type of injuries sustained. Nevertheless, whether or not a specific activity or establishment is barred from asserting an express assumption of risk defense is determined by the court. Additionally, defendants may still be held accountable for a victim’s injuries despite any liability waiver if they acted in a reckless, intentional, negligent manner.

Our highly experienced personal injury attorneys may be able to successfully challenge a defendant’s assumption of the risk defense to your personal injury claim. Retain the best of the best at the Dietrich Law Firm P.C. for your highest likelihood of successfully beating the assumption of the risk as well as any other defenses. The Dietrich Law Firm P.C.’s top rated team will help ensure that you are in a position to obtain the maximum compensation for your injuries. Call Jed Dietrich, Esq. and his elite team of injury lawyers today at (716) 839-3939 so that we can help you! We are available twenty-four hours per day and seven days per week.