Jed Dietrich, Esq., Recognized as A Best Lawyer of America, Is Ready to Defend Individuals in the Buffalo, New York, and the Greater New York Area Who Have Been Victims of Personal Injury Accidents. 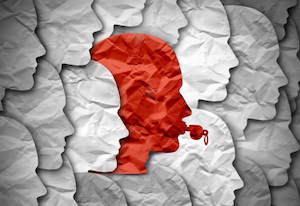 Under the False Claim Act, any individual that knowingly commits a false claim against any United States governmental entity is committing a crime and is subject to legal action. On some occasions, a personal injury lawsuit can uncover evidence of a false claim and consequently place the injury victim in the awkward position of being uncertain about what to do. This webpage covers the history and nature of false claims, as well as what should be done in the event that an individual discovers evidence of a false claim in their personal injury claim.

The Dietrich Law Firm P.C. has been helping accident victims throughout Buffalo, New York, for over a decade. In that time, it has championed countless personal injury claims. If you are looking for a team of dedicated, hardworking, and skilled lawyers to represent you, the Dietrich Law Firm, P.C., is your top choice. For more information on how we might best represent you, call us today for your free consultation at 716-839-3939 or contact us online.

The False Claim Act had its origins in the American Civil War. The Civil War was a period of great unrest. The ongoing debate concerning slavery split the United States in half, and South and North took up arms against each other. With the country so divided, there were individuals who sought to take advantage of the confusion by exploiting the U.S. Government’s urgent need for supplies. These individuals would promise to provide a specific product, such as new military boots, when in fact, they did not possess the products they advertised. Soon it came to Congress’s attention that false goods were being sold, and their response came in the form of the False Claim Act.

The purpose of the False Claim Act was to deputize members of the public, granting them temporary authority to act in place of the U.S. Government to bring a suit against anyone who attempted to swindle the Government by promising them goods they did not own. This deputized entity, known as a relator, was promised half of the damages in the event that a False Claim was successfully proven. In 1863, President Abraham Lincoln signed the act into effect, and since that time, it has been used to successfully argue cases of fraudulent sales to the U.S. Government.

Jed Dietrich, Esq., recognized as a New York Super Lawyer, is well acquainted with the often-calamitous effects of personal injury. He has represented countless clients over the years, obtaining over $175,000,000 in verdicts and settlements for his personal injury clients. If you believe that you or a loved one have been the victim of personal injury in Buffalo, New York, do not hesitate to reach out to the Dietrich Law Firm P.C. at 716-839-3939 or by filling out the online consultation form.

What Is A False Claim?

A private citizen, known as a relator or whistleblower, may choose to bring a false claim suit against an individual if they discover fraud. Known as a qui tam proceeding, which comes from Latin meaning “he who sues on behalf of the king,” the relator can bring a false claim suit to the attention of the Government, after which one of two things will happen. Either the Government will choose to pursue legal action against the party in question or allow the relator to continue fighting the case.

DID YOU, OR A LOVED ONE, SUFFER INJURIES IN BUFFALO, NEW YORK? 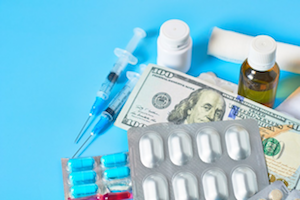 An individual might discover that their personal injury claim has uncovered evidence of a false claim. This could occur, for example, if evidence of potential healthcare fraud is uncovered in your medical records. An individual might have been billed for a service that was never rendered, or a healthcare provider might have performed a medically unnecessary procedure solely for the purpose of billing that individual’s insurance company. Receiving notification that your personal injury claim has uncovered a false claim can be frightening and generate a lot of uncertainty, but fortunately, there are resources available in such instances.

When a case of fraud has been discovered, there are three possible actions an individual may take. In the first place, they have the option of reporting the fraud to the federal agency in question. Alternatively, they can report it to the Federal Bureau of Investigation. Or, they have the option of taking on the mantle of a qui tam relator and filing the complaint themselves with a federal court. If the Government chooses not to pursue the allegation, it will be up to the relator to prove a fraudulent claim.

Many questions can arise in the event that your personal injury claim turns up a false claim, which is why the Dietrich Law Firm P.C. is your best option for timely and expert legal advice. With over $175,000,000 secured in settlements and verdicts for our clients, we are experienced in personal injury law and know how best to assist you. Call us today at 716-839-3939 or visit us online to schedule your free consultation.