Jed Dietrich, Esq. and His Team of Lawyers and Paralegals at the Dietrich Law Firm P.C. Fight to Obtain the Best Results for People Injured in Bicycle Accidents in Western New York

The National Highway Traffic Safety Administration reports that 840 bicyclists died in motor vehicle accidents in 2016. The number of bicycle fatalities increased from 2015.

Winning Results For Bicyclists Injured On The Roads Of Buffalo, New York 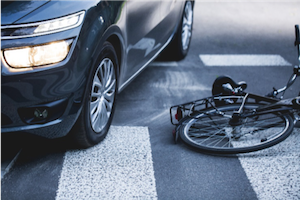 Recently, the Dietrich Law Firm P.C. obtained a $435,000.00 settlement for a 22-year-old man who suffered injuries in a bicycle accident after a car failed to stop at a stop sign and collided with him. Upon impact, the man was thrown approximately 25 feet from the bicycle and suffered skull and left leg fractures and left arm and pulmonary contusions. He also suffered significant scarring to his left thigh, knee and ankle and required left leg surgery as a result of the accident.

Jed Dietrich, Esq. and his team of experienced and aggressive trial lawyers fight hard to obtain the best results for people who were injured in bicycle accidents in Buffalo, New York. If you were injured in a bicycle accident caused by someone else's negligence, call the Buffalo, New York bicycle accident lawyers of the Dietrich Law Firm P.C. right now for your FREE consultation. We can be reached 24 hours a day, 7 days a week at 716-839-3939. We will come to you and there is never a fee until we WIN for you.

Although Vehicle and Traffic Law Section 1146 requires drivers to exercise due care to avoid collisions with bicyclists, accidents do, unfortunately, still happen.

Often, bicycle accidents result from the negligent actions of a motor vehicle operator. That is, the driver failed to operate the motor vehicle as a reasonably prudent person would under similar circumstances. A reasonable driver adequately observes their blind spots for bicyclists and other vehicles. Although a motor vehicle driver may quickly check his or her rear and sideview mirrors for other vehicles, bicycles have a much smaller profile and can be easily overlooked if the driver is not careful.

Examples of negligent conduct that often contributes to bicycle accidents include: 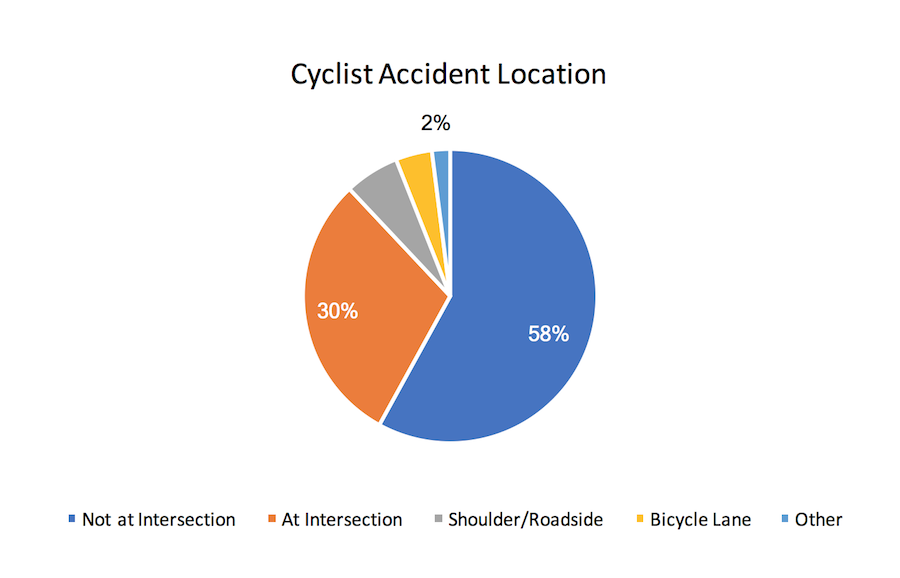 If you, or a loved one, suffered an injury after a bicycle accident caused by someone else’s negligence, contact Jed Dietrich, Esq. and his team of top rated bicycle accident lawyers in Buffalo, New York at 716-839-3939 for a free consultation.

No-Fault Law, Article 51 of the New York State Insurance Law, helps to compensate individuals, including cyclists, who are injured in an accident “arising out of the use and operation of a motor vehicle.”

Accidents involving a car, truck or SUV and a bicycle can cause particularly serious injuries due to the lack of protection that a bicycle offers its operator. Common injuries that individuals suffer after a bicycle accident include:

New York State is a No-Fault state. Therefore, if you were injured by a car, truck or SUV while riding a bicycle in New York, your medical bills and lost wages will be paid by the No-Fault insurance company of the vehicle that hit you, regardless of who was at fault for the accident.

Generally, to obtain No-Fault coverage, the following are required:

If you were injured in a bicycle accident, getting a No-Fault claim set up and ensuring that your medical bills and lost wages are paid, can be overwhelming. The staff of the Dietrich Law Firm P.C. knows how to navigate the No-Fault insurance system and will help you through the process.

Contact Jed Dietrich, Esq. and his team of aggressive, tenacious and hardworking Buffalo, New York bicycle accident lawyers at 716-839-3939 immediately for a free consultation. We are available to help you. 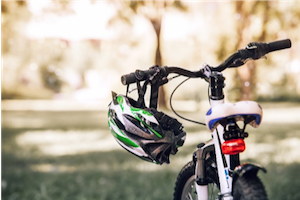 Although bicyclists are not required to wear an approved helmet after age fourteen, helmets are effective at preventing head injuries and therefore riders of every age should wear one.

Generally, a proper fitting bicycle helmet should sit level on your head and low on your forehead with the side straps forming a “V” slightly in front of your ears and the chin strap fitting snugly. Your helmet should be comfortable, positioned correctly and should not rock back and forth or side to side on your head. More information on how to properly fit a bicycle helmet can be found here.

If you, or a loved one, were injured in a bicycle accident that resulted from someone else’s negligence on the road, contact the Dietrich Law Firm P.C. NOW at 716-839-3939 so that we can help you. Jed Dietrich, Esq. and his team of bicycle accident lawyers in Buffalo, New York are always fighting to obtain the best result for you.