Jed Dietrich, Esq. is Recognized as a Best Lawyer of America, and He Will Aggressively and Tenaciously Fight to Attempt to Obtain the Best Result Possible for People Who Were Injured in Bike-Share Accidents in Western New York. 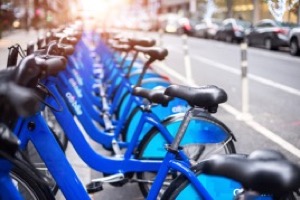 Bike-sharing initiatives began springing up in the United States around 2010, and cities around the country have reported that since their introduction, a third of a billion people have used bike-share transportation. It has been so popular that it increased by 60% from just last year, making it a record 138 million trips on shared bikes in the United States. Bike-share programs were designed to help cities develop climate change goals and to improve the mobility and health of their communities. For example, in Buffalo, New York, bike share programs were developed in 2016 to improve health and expand the availability of transportation methods to the people of Buffalo. So far, hundreds of bikes have been provided throughout the Western New York region, and these programs only look to increase the number of bike-shares as it becomes a favored mode of transportation.

As for the safety of bike-sharing, some studies have shown that cities that implemented bike-sharing programs have had fewer cyclist-related accidents than cities without bike-sharing programs, due in part to an increase in bike safety measures that come along with such programs. Despite the positive outlook on bike-share programs, cyclist accidents will nonetheless continue to happen, especially since there are more cyclist commuters in the United States than in recent history. People who use bike-sharing programs should be cognizant of the risks associated with using them, such as the user’s unfamiliarity with the weight and control of the bike, and in some extreme cases, brake cables on some bikes have even been cut out of acts of vandalism, which could lead the user to suffer severe injuries as they might be unaware of the bike’s defects. There could also be confusion as to liability for injuries when a bike-share user is involved in an accident since the bike programs are often owned by city administrations or non-profit organizations. 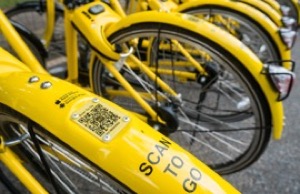 As mentioned above, studies have reported that it is safer to use bikes from bike-share programs than personal bikes. Bike-shares might be safer because of the design of the bikes, as they feature heavier and sturdier frames, making them slower to maneuver and harder to make erratic moves. Bike-share users are usually unfamiliar with the bikes, which forces users to ride more carefully and think about traffic rules more, one study found. Despite the safety benefits from the design and more cautious riders, the activity of cycling is inherently dangerous, and for bike-share users, there may be a serious risk of suffering head injuries as most bike-share programs do not mandate wearing helmets. To mitigate risks associated with using bike-shares, the following are some tips riders should keep in mind:

Along with these useful tips, cyclists are always encouraged to look out for traffic and to ride defensively. In some cases, accidents with motor vehicles may be unavoidable, especially if they are caused by a negligent motorist. Bike-share users or cyclists who were injured in such accidents may be able to recover financial compensation for their injuries. Injured cyclists should seek competent legal representation to better understand their rights and what damages they can claim in their personal injury case.

Do not hesitate to act! If you, a loved one, was injured while using a bike from a bike-share program and had to seek medical attention, immediately call nationally recognized Elite Lawyer of America Jed Dietrich, Esq. and his team of highly qualified attorneys at 716-839-3939. The Dietrich Law Firm P.C. can be reached at any hour and at any time of day to schedule a free consultation for your bike-share injury claim.

Who is Liable in a Bike-Share Accident?

There are several scenarios in which bike-share users may be injured, and the scenario and circumstances may affect who is liable for the sustained injuries. If a bike-share user were to be involved in an accident with a vehicle, the injured bike-share user would go through the legal steps of claiming compensation from the motorist’s insurance company or from the motorist directly. This is because the injury and the question of liability falls squarely between the bike-share user and the motorist, even though the bike itself belongs to a local municipality or organization. Damages to the bike would likely be paid by the negligent party in such a case.

DID YOU, OR A LOVED ONE, SUFFER INJURIES FROM A BIKE-SHARE ACCIDENT IN WESTERN NEW YORK?

CALL JED DIETRICH, ESQ. AND HIS TOP RATED AND HIGHLY EXPERIENCED TEAM OF BUFFALO, NEW YORK BICYCLE ACCIDENT INJURY LAWYERS AT 716-839-3939 NOW TO OBTAIN THE HELP THAT YOU NEED!

The Right Lawyer to Handle Your Claim!