Hit-and-Run Car Accident With a Bicyclist

Jed Dietrich, Esq. is Recognized as a Best Lawyer of America, and He Will Aggressively and Tenaciously Fight to Attempt to Obtain the Best Result Possible for Cyclists Injured in Hit-And-Run Car Accidents in Western New York. 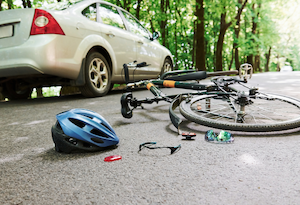 In the United States, there are on average 682,000 hit-and-run accidents each year, hit-and-run deaths in the United States have increased by 7.2% each year since 2009. This type of accident disproportionately affects pedestrians and cyclists; 65% of all deaths from hit-and-run accidents are pedestrians or bicyclists. Hit-and-run accidents are especially nefarious, as this type of accident involves the driver of the vehicle, often the at-fault party, fleeing the scene of the accident and leaving the victim with their injuries and no exchange of insurance or filing of a police report. Hit-and-runs of any type are illegal in all 50 states, and in the State of New York, penalties can range from a misdemeanor for property damage up to a felony and substantial fines if the injured person sustained severe injuries or died.

Because hit-and-run accidents are on the rise, several states and municipalities have implemented new measures with varying degrees of success. Some states have increased punitive penalties on drivers who flee the scenes of accidents, such as increasing maximum sentences and fines. Despite the increase in criminal penalties, it has recently been found that these harsher laws do not necessarily decrease or deter hit-and-run accidents. Studies have shown a minimal difference between states that impose a maximum five-year sentence versus a 25-year sentence for fleeing the scene of an accident. In fact, harsher penalties may encourage at-fault drivers to leave the scene of the accident, as they would rather take their chances evading the law than accepting legal consequences. Instead of focusing on harsher penalties, some other localities have increased the likelihood of apprehending the fleeing driver by enacting protocols, where local law enforcement are able to post and spread information on the make, model, and license plate number of the vehicle on social media platforms and share this information with bus and taxi companies. With the likelihood of apprehending the driver increased, perpetrators of hit-and-run accidents are less inclined to flee the scene as this would inflict even more legal penalties on them. Recently in Buffalo, New York, police were successful in locating a vehicle involved in a hit-and-run accident by using such tactics. 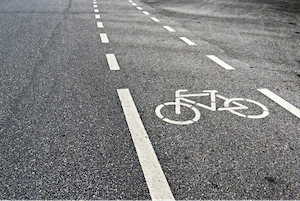 Cyclists are most often injured in urban settings, and this may be due in part to dense roads, congested traffic, and a lack of safe biking lanes. A majority of cyclist-related fatalities occurred at intersections, constituting 30%, whereas only 4% of cyclist fatalities took place in a bike lane. This demonstrates that where a bike lane is available, it can significantly keep cyclists out of harm’s way, and cyclists can better avoid dangerous situations with vehicles. The time of day is also a contributing factor to bicycle-related accidents; most accidents occur between the hours of six to nine in the evening. As location and time of day significantly affect the probability of an accident occurring, cyclists are encouraged to take the following precautions:

As the best way to avoid accidents is to take safer routes and ride in bike lanes, riders in Buffalo, New York, can take solace knowing that the city has pledged to improve biking infrastructure by installing 10 miles of bike lanes around the city. Also, riders can enjoy various bike trails around Niagara and the outer harbor in Buffalo. By taking the necessary precautions such as wearing reflective material, using bright lights, and taking safer routes, cyclists can dramatically lower their risk of being involved in accidents and, to a greater extent, hit-and-run accidents.

Being involved in a hit-and-run accident can be traumatic because victims may be left with severe injuries and the anguish of not knowing the at-fault driver. Victims of hit-and-run accidents must not hesitate to act; if you or a loved one were injured in a hit-and-run cycling accident, immediately call nationally recognized Elite Lawyer of America Jed Dietrich, Esq. and his team of highly qualified injury attorneys at (716) 839-3939. The Dietrich Law Firm P.C. can be reached at any hour and at any time of day to schedule a free consultation for your personal injury claim.

What Victims Should Do After Hit-and-Run Accidents

When cyclists are involved in accidents with vehicles, they are always the most likely to be injured. Ideally, after an accident, the motorist and cyclist would share insurance information or call the police to file an accident report, as these steps would sensibly put the injured party in a better position to receive compensation or financial help with their injuries or property damage. This is, unfortunately, not the case in hit-and-run scenarios where the motorist flees the scene of the accident to escape civil and criminal liability. For those who are cycling enthusiasts or simply casual riders, it is always wise to keep proactive measures in mind in case of such a serious incident as a hit-and-run. The following are tips that may help you in the aftermath of a hit-and-run accident:

In general, most people injured in accidents will receive compensation through the at-fault party’s insurer or their own. In hit-and-run cases, this is much more difficult and may be entirely dependent on the police first apprehending the driver. To remedy this problem for hit-and-run victims in New York, residents who are victims of hit-and-runs can receive benefits under the Motor Vehicle Indemnification Act. The Act aims to compensate victims for injuries and financial loss that otherwise could not be compensated due to the unidentified at-fault driver fleeing the scene.

DID YOU, OR A LOVED ONE, SUFFER INJURIES IN A HIT-AND-RUN CYCLING ACCIDENT IN BUFFALO, NEW YORK?

CALL JED DIETRICH, ESQ. AND HIS TOP RATED AND HIGHLY EXPERIENCED TEAM OF BUFFALO, NEW YORK HIT-AND-RUN ACCIDENT INJURY LAWYERS AT (716) 839-3939 NOW TO OBTAIN THE HELP THAT YOU NEED!

The Best Representation For You!

Recovering from a hit-and-run accident is difficult and may leave victims with significant financial loss stemming from hospital bills, damage to the bike and other personal property, or loss of wages. In order to quickly recover from such a traumatic accident and receive the financial compensation you deserve, any victim of a hit-and-run cycling accident should contact highly accomplished and veteran lawyer Jed Dietrich, Esq. He has over 20 years of experience in personal injury law and has fought adamantly and aggressively to get the best results for his clients. Jed Dietrich, Esq. has demonstrated this commitment to his clients throughout his long-tenured career by securing at least $1,000,000 or more 38 times in personal injury cases.

Jed Dietrich, Esq. and his top ranked team of experienced Western New York injury lawyers at the Dietrich Law Firm P.C. will give you the support you need for your personal injury claim. Anyone who is suffering injuries from a hit-and-run cycling accident may be entitled to financial compensation and should seek the exceptionally competent legal representation that the Dietrich Law Firm P.C. can provide.