Jed Dietrich, Esq. is Recognized as a Best Lawyer of America, and He Will Aggressively and Tenaciously Fight to Attempt to Obtain the Best Result Possible for the Families of People Who Were Fatally Injured in Bicycle Accidents in Buffalo, New York. 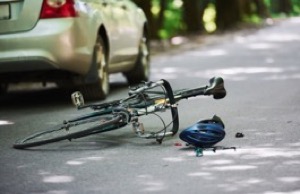 Cycling has always been a favorite mode of transportation or leisure activity for many Americans since its introduction to the United States in the mid-19th century. Now in the 21st century, cycling continues to grow in popularity, and municipalities across the country have begun campaigns and initiatives to invest in infrastructure to accommodate the growing number of cyclists. Despite the growing trend and enthusiasm for bicycles, recent years have proven to be deadly for cyclists, boasting bicycle fatality numbers not seen in over 30 years. Year by year, the number of cyclists fatally injured in accidents continues to rise; in fact, since last year, it has risen by 6.3% or 857 deaths.

This rise in fatalities from bicycle accidents may stem from several factors. One leading cause may be that more Americans are buying bigger vehicles like SUVs and trucks, which increases the chance of fatal injuries when these larger vehicles are involved in accidents with cyclists. Americans may also be more distracted with their phones or other devices in their vehicle as advances in technology continue. Distracted drivers account for 10% of all fatal crashes. In order to combat the rise in bicycle-related deaths in the United States, individual states may seek to enact bicycle helmet mandates that would be similar in enforcement to seatbelt laws. Municipalities could also begin developing infrastructure that separates bike lanes from roads entirely, instead of merely widening bike lanes along busy roads in urban areas. Certainly, efforts can be made by state and local governments to reduce the rise in deaths from bicycle-related accidents, but cyclists and drivers can also take precautions to avoid fatal accidents.

Because bicycles are significantly smaller than motor vehicles and bike lanes are narrow lanes alongside busy roads, cyclists are at a major disadvantage and prone to accidents. The most common types of accidents occur at intersections, where oftentimes, even when the cyclist has the right of way, vehicles fail to yield. Although some accidents may be unavoidable, there are several precautions that cyclists can take in order to try to prevent a potentially fatal accident with a vehicle; these are:

Along with these practicable steps, if it can be avoided, cyclists should not ride their bikes at night as most cyclist deaths take place between 6 pm and 9 pm. Cyclists should also avoid bike riding in high-density urban areas where streets are narrower, as 75% of cyclist deaths occurred in urban areas. Motorists must also be extra careful when driving, as cyclists can be encountered on any road, either urban or rural. It is crucial for motorists to remember to share the road with cyclists and to always check blind spots when turning right on red lights, as many accidents result from these common driver errors.

WAS A LOVED ONE FATALLY INJURED IN A BICYCLE-RELATED ACCIDENT IN BUFFALO, NEW YORK?

CALL JED DIETRICH, ESQ. AND HIS TOP RATED AND HIGHLY EXPERIENCED TEAM OF BUFFALO, NEW YORK BICYCLE ACCIDENT INJURY LAWYERS AT 716-839-3939 NOW TO OBTAIN THE HELP THAT YOU NEED!

As bicycles are prohibited from riding on sidewalks in the City of Buffalo, cyclists must travel in bike lanes or in driving lanes. In denser urban areas such as Buffalo, cyclists will always be in close proximity to vehicles, and accidents are bound to occur. The State of New York mandates that all motorists must have auto liability insurance coverage for accidents ranging from minor injuries to fatal ones. Also, injured cyclists will be paid no matter who is actually at fault, as New York is a “No-Fault” insurance state. In the case of wrongful death, however, it becomes more complicated as the survivors or beneficiaries of the deceased will have to file a claim against the motorist. The people who can file a wrongful death claim under New York State law are the deceased person’s:

Establishing negligence may rely on the deceased’s survivors proving that the motorist was in violation of traffic laws at the time of the accident. Although cyclists do not have the right of way on the road in every situation, drivers are supposed to give due care to pedestrians and cyclists in all scenarios, and this is even codified under section 1146 of New York’s Vehicle and Traffic law.

The State of New York is seeking to expand recoverable wrongful death damages. Currently, only economic damages are recoverable, such as medical and funeral costs. The new legislation aims to expand on pain and suffering damages, such as damages from mental anguish, loss of companionship, and loss of nurture or guidance from the death of a parent of a child. Do not hesitate to act! If you know a cyclist who died in a collision with a motor vehicle, immediately call recognized Elite Lawyer of America, Jed Dietrich, Esq. and his team of highly qualified personal injury attorneys who can be reached 24 hours per day and 7 days per week at 716-839-3939.

Highly Skilled Attorneys Will Fight for Your Claim! 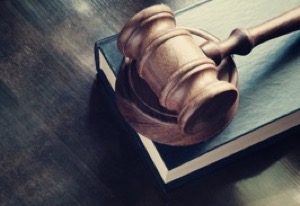 A wrongful death resulting from a collision with a motor vehicle can leave the deceased’s survivors, dependents, or family members with the medical, funeral, and other costs associated with the death of their loved one. Jed Dietrich, Esq. treats his clients’ claims with the utmost care, compassion, and diligence, which is why Jed Dietrich, Esq. is ranked a Top 3 Personal Injury Attorney for Buffalo, New York. As one of Western New York’s most experienced personal injury attorneys, with over 20 years of experience, Jed Dietrich, Esq. has secured at least $1,000,000 or more 38 times for his clients and will always go the extra mile to ensure that those he represents get the compensation they deserve.

The Dietrich Law Firm P.C. is home to a seasoned team of personal injury attorneys. Anyone who is suffering as a result of a wrongful death stemming from a collision with a motor vehicle accident could be entitled to financial compensation and should seek the exceptionally competent legal representation that Jed Dietrich, Esq. and the Dietrich Law Firm P.C. can offer.