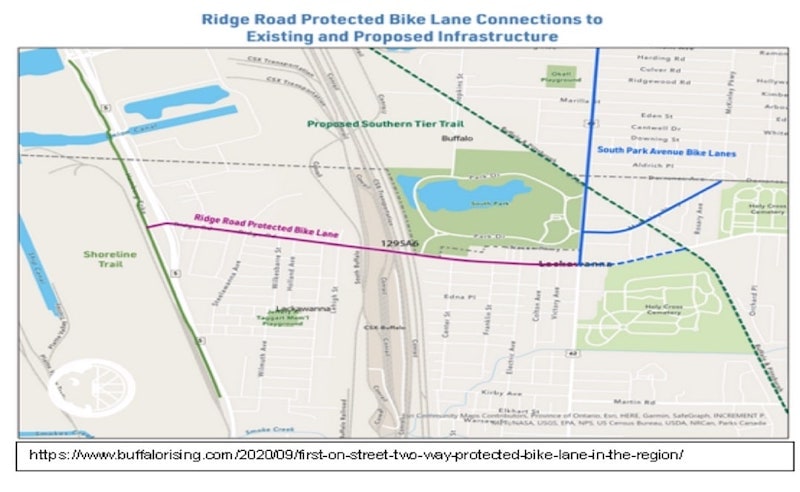 Recently in Buffalo, New York, construction began on a new two-way bike lane. This new project is intended to provide a safe path for bicyclists in and around the Buffalo, New York area. The hope is that “this innovative design will provide a safe and convenient bike path to local recreational and cultural destinations along the Lake Erie waterfront.” If the project is successful, the city of Buffalo might implement more bike lanes in the future for the continued safety of its residents.

In a bustling city such as Buffalo, New York, a bicycle is an excellent alternative to a car. Not only are bicycles a good means of exercise, but their use reduces city traffic, and their impact on the environment is less harmful than other methods of transportation. As with any form of transportation, there are personal safety risks for bicyclists, particularly those that use city bike lanes. The more familiar an individual is with the risks facing bicyclists today, the better their chances of avoiding personal injury in the future.

The Dietrich Law Firm P.C. has successfully represented dozens of clients in serious personal injury cases in the Buffalo, New York area. Jed Dietrich Esq. and his elite team of Buffalo, New York bicycle lane injury lawyers secured as $116,000.00 settlement for a 22-year-old woman who was struck while crossing an intersection in Buffalo, New York. Our top priority is ensuring that you receive the best possible outcome for your personal injury case. Call us now at 716-839-3939 to receive your free consultation. You will not be charged until we secure a win!

Bicycle Lanes And Their Dangers

The National Association of City Transportation Officials defines a bike lane as “a portion of the roadway that has been designated by striping, signage, and pavement markings for the preferential or exclusive use of bicyclists.” There are several types of bike paths currently in use: 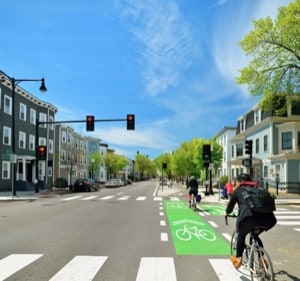 Unlike the proposed two-way bike lane in Buffalo, New York, which separates bicycle lane and roadway, most bike lanes run parallel to roads, with no physical barrier to separate the bicyclist from passing cars. The greatest risk for individuals who use bike lanes is, of course, a collision with a motor vehicle. For cyclists, who have limited physical protection, such a collision can result in broken bones, concussions, and even loss of life.

Other, less serious, risks facing cyclists include crashes with other individuals utilizing public bicycle lanes, which is not limited to bicycles but can include scooters, rollerblades, and even mopeds. Debris from car accidents, potholes, loose gravel, trash, and even puddles, snow, or patches of ice are all dangers which bicyclists should be aware of and watch for while on the road.

A personal injury from a bicycle lane accident can leave a lasting impact. At the Dietrich Law Firm P.C., our clients are our priority, and our team of skilled personal injury attorneys is more than capable of fighting on your behalf. Reach out to us today by calling 716-839-3939 for your free consultation. Our offices are available twenty-four hours a day and seven days a week. 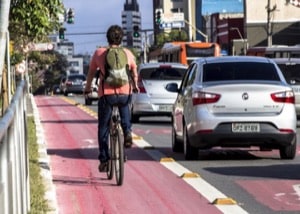 While on the road, the best safeguard against injury is to practice defensive driving. Defensive driving refers to “the practice of using driving strategies that minimize risk and help avoid accidents.” These driving strategies are the same that should be followed while driving a motor vehicle. The more observant a cyclist is while on the road, the better chance of safety for everyone around. The National Highway Traffic Safety Administration has the following recommendations for bicyclists while utilizing public roads:

Jed Dietrich, Esq. is recognized as a New York Super Lawyer and is adept at tackling personal injury cases on his client’s behalf. If you, or a loved one, were injured in a bicycle-related accident in the Buffalo, New York area, contact the Dietrich Law Firm P.C. now at 716-839-3939 for your free consultation.

As with bicycle lanes, a bike path contains hazards for those individuals who frequent them. While a bicycle path does not have the same risk of an accident with a motor vehicle, there is still the danger of a crash or collision with other cyclists, runners, or any individuals using the path.

The League of American Bicyclists has a user-friendly website where they promote safe bicycling practices and encourage bicycling across the United States.

DID YOU, OR A LOVED ONE, SUFFER INJURIES FROM A BICYCLE PATH OR BICYCLE LANE ACCIDENT IN BUFFALO, NEW YORK?

CALL JED DIETRICH, ESQ. AND HIS TEAM OF QUALIFIED BUFFALO, NEW YORK BICYCLE ACCIDENT ATTORNEYS AT 716-839-3939 NOW TO OBTAIN THE HELP THAT YOU NEED!