Jed Dietrich, Esq., Celebrated as a Super Lawyer and Best Attorney of America, and His Team of Assertive, Dogged, and Trustworthy Lawyers at the Dietrich Law Firm P.C., Acclaimed as an American Institute of Personal Injury Attorneys 10 Best Personal Injury Law Firm, Fight Relentlessly to Obtain Unparalleled Outcomes for Victims Who Developed Cancer After Being Exposed to Contaminated Water at Camp Lejeune. 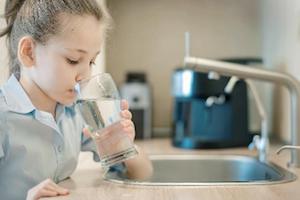 For more than three decades, government officials were aware of the toxic water contamination that plagued the United States Marine Corps Base Camp Lejeune and Marine Corps Air Station (MCAS) New River in North Carolina. Between August 1, 1953, and December 31, 1987, countless service members, civilian contractors, and their families stationed at Camp Lejeune and MCAS New River drank and bathed in water that contained dangerous levels of toxic chemicals, such as industrial solvents, benzene, trichloroethylene, perchloroethylene, and vinyl chloride. Unfortunately, many of these individuals have gone on to suffer dire medical conditions as a consequence of their exposure.

Although many veterans, as well as their spouses and children, previously filed lawsuits against the United States government alleging exposure to hazardous water, all of the claims were dismissed in 2016. The Camp Lejeune Justice Act of 2022, which will soon be signed into law, is intended to improve disability benefits for veterans who were subjected to toxic agents. After all these years, the government has finally acknowledged that for over three decades, the drinking water supplied to Marines and their families was tainted. Treatment plants, runoff from storage tanks, and local businesses polluted the water reserves at Camp Lejeune and MCAS New River. This bill grants veterans, their families, and workers living off-base a chance to seek justice for their illnesses and other injuries resulting from being exposed to water contamination. If you lived, worked, or were stationed at Camp Lejeune between August 1953 and December 1987 and have suffered chronic health problems, you may be entitled to monetary compensation.

Based on our decades of practice, the Dietrich Law Firm P.C.’s battle-tested attorneys predict that thousands of claims will be filed. As the floodgates open on Camp Lejeune water contamination lawsuits, it is only a matter of time before it becomes a mass tort case. There has never been a better time than now to call the Dietrich Law Firm P.C. Jed Dietrich, Esq., highly praised as an Attorney and Practice Magazine’s Top 10 Personal Injury Attorney, and his elite team of toxic exposure attorneys are passionately dedicated to fighting for the rights of injured Marines and their loved ones. Since 1999, Jed Dietrich, Esq. has litigated some of the biggest mass tort cases in the country, including Zantac, Paraquat, 3M defective military earplugs, and many more. Having one of the country’s finest personal injury attorneys to fight for you will substantially increase your chances of winning the biggest recovery for all of your damages. The Dietrich Law Firm P.C.’s highly experienced team provides free, no-obligation lawsuit evaluations and consultations. We would be honored to discuss your contaminated water exposure further. Our top rated lawyers are available 24 hours a day, 7 days a week, at (716) 839-3939 or by completing the online consultation form. After suffering dire consequences all of these years, the time to demand justice has arrived.

Holding the Government Accountable for Your Losses 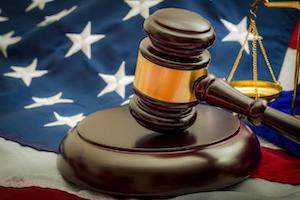 The Dietrich Law Firm P.C.’s leading attorneys believe that there is nothing worse than those in power ignoring the toxic water contamination that ravaged Camp Lejeune. Consequently, members of the armed forces and their loved ones were recklessly exposed to excessive levels of carcinogens and other toxins. To make matters even worse, many of these victims’ claims for disability were denied by the United States Department of Veterans Affairs (VA). The Dietrich Legal Team prides itself on taking on multinational corporations, big pharma, states, and the federal government. Retaining the best possible personal injury lawyer with national experience will force the opposing counsel to take your case seriously. The steps that our seasoned lawyers will take to show defense lawyers that we mean business include:

DID YOU, OR A SOMEONE YOU CARE ABOUT, GET DIAGNOSED WITH CANCER, PARKINSON’S DISEASE, OR NON-HODGKIN’S LYMPHOMA AFTER BEING EXPOSED TO CONTAMINATED WATER AT CAMP LEJEUNE OR MCAS NEW RIVER?

CALL JED DIETRICH, ESQ. AND HIS HIGHLY EXPERIENCED AND NATIONALLY RECOGNIZED TEAM OF CAMP LEJEUNE WATER CONTAMINATION INJURY LAWYERS AT (716) 839-3939 NOW TO GET THE HELP THAT YOU NEED!

Obtaining the Highest Compensation for Your Claim

Most of the chemicals found in the water are classified by the EPA and other federal agencies as causes of deadly diseases, such as bladder cancer, esophageal cancer, lung cancer, kidney cancer, liver cancer, non-Hodgkin’s lymphoma, aplastic anemia, multiple myeloma, Parkinson’s disease, and female infertility. Fortunately, the Dietrich Law Firm P.C. has a long track record for obtaining the best possible result for our clients.

Your Camp Lejeune toxic water case is extremely important to us, and our highly qualified attorneys will promise to make every possible effort to get the maximum compensation for your debilitating disease and related damages. Our expert negotiators will determine the exact value of your case and reject lowball settlement offers. Jed Dietrich, Esq., recognized as an American Institute of Trial Lawyers Litigator of the Year, has tried more than 100 lawsuits to verdict throughout the United States. At the Dietrich Law Firm P.C., our elite attorneys prepare each case with the same level of passion, devotion, and willpower necessary to win in court.

Our battle-tested team strongly encourages you to come forward with your contaminated water exposure claim as soon as possible. Insurance companies, governments, and other negligent parties have paid Jed Dietrich, Esq. at least $1,000,000.00 or more 38 times to compensate his clients. The Dietrich Law Firm’s unbeatable accomplishments come from a blend of our intense case preparation and massive legal proficiency. We take all of our cases on a contingency fee basis, meaning you never have to pay any up-front charges to retain our world-class representation. You have absolutely nothing to lose by retaining our top rated law firm. Jed Dietrich, Esq. would be honored to discuss the details of your case with you. Our nationwide mass tort team is available 24 hours per day and 7 days per week at (716) 839-3939 or by filling out the online consultation form.