Jed Dietrich, Esq., Acclaimed as an Elite Lawyer of America and Distinguished Justice Advocate, and His Team of Aggressive, Tenacious, and Hardworking Attorneys at the Dietrich Law Firm P.C. Fight to Obtain Exceptional Results for Marines and Their Families Who Have Developed Presumptive Conditions After Being Exposed to Contaminated Water at Camp Lejeune and MCAS New River. 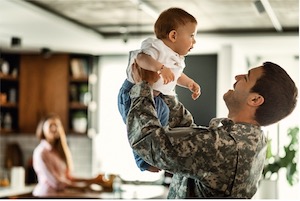 More than one million Marines and their families consumed and bathed in contaminated water while living or working at Marine Corps Base Camp Lejeune and Marine Corps Air Station (MCAS) New River in Jacksonville, North Carolina. There is strong medical and scientific evidence that exposure to the tainted water on-base has caused increased rates of cancer, Parkinson’s disease, and other chronic health conditions. It is believed that thousands of veterans and their loved ones have suffered severe illness and fatalities due to prolonged exposure to toxic chemicals. Unfortunately, many of these victims who previously filed claims against the United States federal government were denied justice following the dismissal of all of the claims in 2016.

After many years of suffering, the government is finally ready to accept responsibility for the contaminated drinking water provided to service members, on-base contractors, and their families. Soon to become law, the https://www.congress.gov/bill/117th-congress/house-bill/6482/text?r=49&s=1 grants toxic exposure victims a crucial opportunity to pursue justice for their illnesses and other injuries by filing lawsuits. If you, or someone that you care about, lived or worked at Camp Lejeune or MCAS New River for at least 30 days between August 1953 and December 1987 and have developed a qualifying medical condition, you may be entitled to receive considerable monetary compensation.

The Dietrich Law Firm P.C.’s battle-tested attorneys are deeply angered by the wrongs done to our service members, civilian contractors, and families at Camp Lejeune. The lives of multiple generations have been detrimentally impacted by water contamination. Our highly experienced personal injury attorneys intend to aggressively advocate for the rights of the victims under the Camp Lejeune Justice Act. We are currently evaluating all potential claims linked to exposure to water containing hazardous agents. Our lawyers are enthusiastically committed to obtaining the best conceivable outcome for the brave Marines and their families who were carelessly exposed to treacherous chemicals while serving our country. If you were previously denied justice, our compassionate attorneys understand your feeling of betrayal. Please allow the Dietrich Law Firm P.C.’s seasoned team to help you rewrite the wrongs of the past and force the government to accept responsibility for the harm it has caused you.

Jed Dietrich, Esq., distinguished by the Best of the Best Top 10 Personal Injury Attorneys, and his team of mass tort lawyers have decades of experience litigating cases similar to yours. Having one of the country’s finest litigators to fight for you will meaningfully increase your chances of obtaining the maximum possible recovery for your damages. The Dietrich Law Firm P.C.’s top rated lawyers understand how to properly and aggressively pursue Camp Lejeune Justice Act claims. Our leading team offers complimentary case evaluations and would be honored to speak with you about your claim. Our best of the best lawyers are available 24 hours a day, 7 days a week, at 716-839-3939 or by completing the online consultation form.

What Toxic Chemicals Were in The Base Water?

In 1982, the United States Marine Corps discovered hazardous substances known as volatile organic compounds (VOCs) in the water samples of two water wells on Camp Lejeune. Although it was determined that the contamination started as early as 1953, toxins continued to poison Marines, base workers, and their families up until 1987. Some of the volatile organic compounds that were found in the contaminated water included: 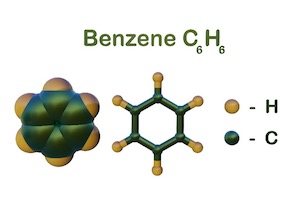 In total, around 70 harmful substances were found in base water supplies. Exposure to many of these toxic chemicals is known for significantly increasing the risk of various chronic illnesses.

DID YOU, OR SOMEONE YOU KNOW, GET DIAGNOSED WITH CANCER, NON-HODGKIN’S LYMPHOMA, OR ANY OTHER CHRONIC HEALTH ISSUES CAUSED BY EXPOSURE TO TOXIC WATER AT CAMP LEJEUNE OR MARINE CORPS AIR STATION NEW RIVER?

CALL JED DIETRICH, ESQ. AND HIS ELITE AND HIGHLY EXPERIENCED TEAM OF CAMP LEJEUNE CONTAMINATED WATER INJURY ATTORNEYS AT 716-839-3939 NOW TO GET THE HELP THAT YOU NEED!

How Were Victims Exposed to Contaminants In The Water?

Camp Lejeune is the largest Marine Corps base on the east coast and plays a crucial role in the expeditionary abilities of our armed services. The base covers almost 250 square miles in Onslow County, North Carolina. Since its establishment, Camp Lejeune has been a temporary and permanent home for millions of Marines and their families, as well as a place of work for hundreds of thousands of military contractors and civilian employees. Camp Lejeune is even equipped with a water system. Tarawa Terrace and Hadnot Point are the two main water plants. It is difficult to imagine that military leaders and government officials did not recognize the risk of Marines consuming water full of dangerous chemicals.

Tetrachloroethylene was one of the primary chemicals discovered in the wells that supplied the Tarawa Terrace system. An off-base dry cleaner contaminated the groundwater with PCE from improper disposal practices and spills. Toxins found in the Hadnot Point water supply involved multiple sources of contaminants, such as on-base spills, leaks from underground storage tanks, and seepages at dumps. The chief toxin discovered in those wells was trichloroethylene. Camp Lejeune’s water was found to have as high as 1,400 ppb, while the Environmental Protection Agency’s (EPA) maximum TCE safety level in water is 5ppb. It is believed that the government knew about the water contamination beginning in the 1950s but failed to stop it or even warn those on base. Consequently, millions of Marines, their spouses, and children were recklessly exposed to contaminants every time they drank, showered, cooked, or even cleaned.

Since 1999, Jed Dietrich, Esq., much-admired as an American Institute of Trial Lawyers Litigator of the Year, has amassed over $175 Million in verdicts and settlements for his clients. The Dietrich Law Firm P.C.’s Camp Lejeune contaminated water attorneys have the experience and confirmed results to make the government pay. Our Best Law Firm of America may be able to obtain full compensation for all past and future medical expenses, lost wages, reduced future earning capacity, pain and suffering, permanent disability, loss of consortium, loss of enjoyment, and much more. Our honorable commitment to surpassing your expectations and securing a superb outcome is what sets us apart from the competition. If you would like to learn more about your legal options, our award-winning team is available twenty-four-seven, by dialing 716-839-3939 or by filling out the online consultation form.