Jed Dietrich, Esq., Distinguished as a New York Super Lawyer and American Institute of Trial Lawyers Litigator of the Year, and His Team of Aggressive, Tenacious, and Hardworking Attorneys at the Dietrich Law Firm P.C. Fight to Obtain the Best Result for Victims Who Suffered Chronic Health Problems After Being Exposed to Paraquat in Buffalo, New York; Niagara Falls, New York; Rochester, New York; Throughout New York State and Beyond. 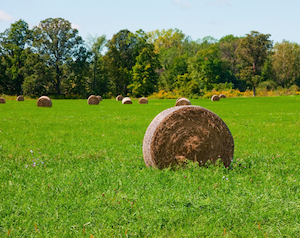 Paraquat dichloride (paraquat), is one of the most widely used herbicides throughout the United States. Since 1961, the chemical substance has been applied to over 100 different types of crops to eliminate weeds and as a post-harvest agent. Over 7 million pounds of paraquat were sprayed throughout the country in 2016 alone. Despite being one of the most commonly used herbicides, the Centers for Disease Control and Prevention (CDC) considers paraquat to be even more toxic than Roundup and other herbicides. Paraquat is one of the most acutely toxic herbicides in the world. As little as a single tablespoonful, 10ml, of paraquat can be lethal. Since there is no proven antidote for paraquat poisoning, most victims do not survive.

All around the world, from South Africa to Fiji, almost every country that used paraquat witnessed hundreds of fatal poisonings per year. In Sri Lanka, the death rate from paraquat poisoning was 65% higher than all other agrochemicals. Most other herbicides have fatality rates of just 4% to 8%. While the exact number of paraquat ingestion-related fatalities is unknown, University of Edinburgh Professor of Clinical Toxicology Michael Eddleston estimates at least tens of thousands died. Besides poisonings, exposure to paraquat can cause the development of Parkinson’s Disease, severe burns, cancer, and a range of birth defects. One report revealed young adult victims exposed to the weed killer had an increased Parkinson’s Disease risk of 200 to 600%. 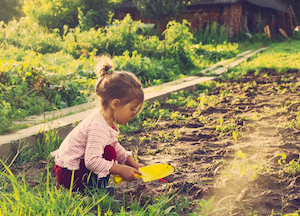 Starting in 2017, numerous lawsuits have been filed against paraquat manufacturers, such as Syngenta, a huge Chinese-owned pesticide manufacturer. As a result of the lawsuits, hundreds of top-secret documents and a whistle-blower’s testimony unveiled how Syngenta used highly manipulated data and ineffective safety measures to keep paraquat on the market. When confronted with all of the allegations regarding accidental swallowing deaths, Syngenta added a compound called emetic. They claimed that adding emetic, which causes victims who swallow it to vomit, made paraquat safer. Nevertheless, Syngenta was told by its scientists for decades that the amount of emetic added was insufficient to prevent poisoning deaths. If you, or a loved one, have suffered health problems or worse after being exposed to paraquat, you should consult with our best of the best toxic weed killer attorneys. Although no amount of money can eliminate your pain and suffering, you may be entitled to pursue monetary compensation in a product liability lawsuit against the liable paraquat manufacturer.

The Dietrich Law Firm P.C.’s elite team is deeply committed to fighting for the rights of paraquat exposure victims. We have extensive experience in obtaining justice and know how to aggressively pursue paraquat injury claims. Victims and their families deserve justice for unknowingly being exposed to lethal toxins. We are dedicated and determined to get you the best possible result after your paraquat-related injury in Buffalo, New York, throughout New York State, and beyond. The Dietrich Law Firm P.C.’s highly experienced team offers complimentary case evaluations and consultations. Our expert team is available 24 hours a day, 7 days a week, at 716-839-3939, or by filling out the online consultation form. There is never a fee unless we WIN for you!

The Dangers Of Swallowing Paraquat

After countless deaths have been connected to accidental ingestion of paraquat, the Environmental Protection Agency (EPA) implemented compulsory training for anyone who mixes or applies the herbicide. Although applicators are most vulnerable to paraquat exposure, research suggests that many other agricultural workers and even families living in farming areas are also exposed. Upon ingesting the herbicide, most victims will instantly feel pain and swelling of the mouth and throat. Additionally, the victim is likely to suffer severe gastrointestinal symptoms, such as nausea, abdominal pain, vomiting, and diarrhea. Within as little as a few hours, victims who swallowed large amounts of paraquat may suffer other symptoms including:

DID YOU, OR A LOVED ONE, SUFFER AN ILLNESS OR WORSE CAUSED BY ACCIDENTAL INGESTION OF PARAQUAT IN BUFFALO, NIAGARA FALLS, ROCHESTER OR OTHER PARTS OF NEW YORK STATE?

CALL JED DIETRICH, ESQ. AND HIS TOP RATED AND HIGHLY EXPERIENCED TEAM OF BUFFALO, NEW YORK TOXIC HERBICIDE INJURY LAWYERS AT 716-839-3939 NOW TO OBTAIN THE HELP THAT YOU NEED!

Protecting Yourself From Paraquat Exposure

Although more than 50 countries have now banned paraquat use, thousands of barrels of the chemical are still being shipped to the U.S. Paraquat poisoning can be caused by ingestion, consuming food or drinks contaminated by Paraquat, inhalation, and even exposure to the skin. If paraquat poisoning is suspected, it is crucial to seek immediate medical care. Additionally, the CDC recommends the following guidelines if you have been exposed to paraquat:

For more than 20 years, Jed Dietrich, Esq. has exclusively handled serious personal injury and toxic tort cases. Jed Dietrich, Esq. has battled to obtain over $175 Million in verdicts and settlements for people who are injured in Buffalo, New York, throughout New York State, and beyond. The Dietrich Law Firm P.C.’s battle-tested team has witnessed the devastating consequences that toxic exposure can have on victims, and ultimately their loved ones. Our veteran attorneys possess the knowledge and skills required to methodically examine your paraquat-related injuries, and ensure that you are in a position to receive the highest possible compensation for your injuries. The Dietrich Law Firm P.C.’s honorable commitment to exceeding your expectations and delivering an excellent outcome is what sets us apart from the competition. Our highly experienced team is available 24 hours a day, 7 days a week, at 716-839-3939, or by filling out the online consultation form. We are the aggressive, tenacious, and hardworking personal injury lawyers who are ready to fight for the compensation that you deserve!