Jed Dietrich, Esq., Distinguished as an American Institute of Trial Lawyers Litigator of the Year and New York Super Lawyer, and His Highly Experienced Team of Lawyers at the Dietrich Law Firm P.C. Fight to Obtain the Best Result for Victims Who Have Suffered from Sepsis Caused by Taking Xeljanz in Buffalo, New York. 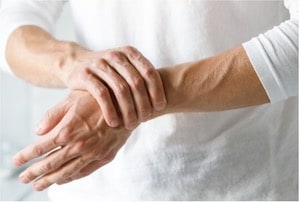 According to the Arthritis Foundation, more than 54 million adults and nearly 300,000 children have arthritis or another type of rheumatic disease. Xeljanz is a medication used to treat moderate to severe symptoms of rheumatoid arthritis and ulcerative colitis. The widely used arthritis drug has been manufactured and sold by Pfizer Inc. since being approved by the U.S. Food & Drug Administration (FDA) in 2012. Nevertheless, lawsuits claiming that Xeljanz causes the development of sepsis are being filed throughout the country. Numerous grievances allege that the elderly and users with a history of infections, such as shingles, are at heightened risk of suffering severe infections while using Xeljanz for extended periods. After taking the arthritis medication for 4 years, one victim suffered from a Group A Streptococcus infection, septic shock, gangrene, and multiple organ failure. Regretfully, to save the victim’s life, doctors had to amputate all four of her limbs.

It has become increasingly apparent that Pfizer knew these risks but deliberately failed to disclose Xeljanz’s sepsis-related dangers with consumers. If you, or a loved one, have taken Xeljanz and developed sepsis or other health complications, you should contact Jed Dietrich, Esq., recognized as a member of the Best Attorneys of America, and his elite attorneys at the Dietrich Law Firm P.C., recognized as an American Institute of Personal Injury Attorneys 10 Best Personal Injury Law Firm, as soon as possible. Our seasoned team will fight for the monetary compensation that you deserve for all of your damages, such as unnecessary pain and suffering, permanent disfigurement, loss of enjoyment, present and future medical bills, lost time from work, diminished future earning capacity, and much more. Please see our Google 5 Star rating and our clients’ testimonials by clicking here.

For over 20 years, Jed Dietrich, Esq. has exclusively handled serious personal injury and product liability cases. Jed Dietrich, Esq., recognized by the Lawyers of Distinction, has battled to obtain over $175 Million in verdicts and settlements for victims who have been injured in Buffalo, New York, throughout New York State, and beyond. Every day, the Dietrich Law Firm P.C.’s team of veteran lawyers strives to provide the highest level of personal injury service to victims who have needlessly developed sepsis and other health problems due to Pfizer’s negligence. Our incredible attorneys possess the knowledge and skills required to systematically investigate your Xeljanz-related illnesses and ensure that you are in a position to receive the highest possible recovery for all of your damages. Our caring attorneys will treat you with the respect and compassion that you deserve. Contact our best of the best law firm today at (716) 839-3939 or by filling out the online consultation form. We are available 24 hours per day and 7 days per week, and there is never a fee unless we WIN for you!

Pfizer’s Deception Regarding the Dangers of Xeljanz 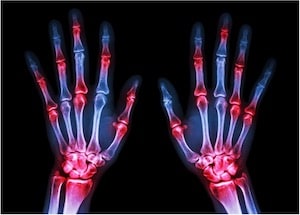 The labeling for Xeljanz marketed in the United States fails to warn consumers about the risk of sepsis and other dangerous side effects. However, packaging for Xeljanz available in Australia, Canada, and European Union (EU) includes vital warnings regarding sepsis. Pfizer’s initial marketing authorization to make Xeljanz available in the EU was rejected. The rejection was partially due to concerns over the link between Xeljanz and the development of sepsis. It is alleged that Pfizer deliberately neglected to maintain consistency in cross-country labeling to broaden the Xeljanz user base in the U.S.

Enbrel, a similar arthritis drug manufactured by Pfizer, also included a warning regarding sepsis on U.S. packaging labels. The drug company purposefully excluded critical clinical trial data to enhance results while failing to report adverse side-effects of Xeljanz to the FDA. Deceptive marketing and mislabeling of drugs can have devastating consequences for innocent victims who rely on Pfizer’s medications. Pfizer must be held liable for such appalling undertakings in pursuit of higher profit margins.

DID YOU, OR A LOVED ONE, DEVELOP SEPSIS INFECTION CAUSED BY TAKING XELJANZ IN BUFFALO, NIAGARA FALLS, ROCHESTER, OR OTHER PARTS OF NEW YORK STATE?

CALL JED DIETRICH, ESQ. AND HIS TOP RATED AND HIGHLY EXPERIENCED TEAM OF BUFFALO, NEW YORK XELJANZ SEPSIS LAWYERS AT (716) 839-3939 NOW TO OBTAIN THE HELP THAT YOU DESERVE!

The Dangers of Sepsis

Xeljanz is classified as a Janus kinase (JAK) inhibitor, which could also significantly hinder essential immune system functions. JAK inhibitors can leave users open to various infections and increase the risk of developing life-threatening blood clots. Sepsis is a deadly illness caused by the body’s reaction to a severe infection. The condition develops when the immune system releases large quantities of chemicals into the bloodstream. Sepsis triggers widespread inflammation that typically leads to blood clots which reduce blood flow to internal organs and limbs. In acute cases, sepsis causes septic shock, a dangerous drop in blood pressure. Septic shock often leads to multiple organ failures, such as the victim’s kidneys, liver, and lungs. Since sepsis arises in various parts of the body, it can have different symptoms. The initial signs usually include confusion and rapid breathing. Other frequently occurring symptoms include:

Sepsis is fatal in approximately 25% to 40% of cases. Thus, if you are experiencing any of the above symptoms, it is critical to contact your doctor immediately. If a physical exam and tests confirm sepsis, you will likely be placed intensive care unit while doctors fight to stop the infection, manage blood pressure, and keep your organs functioning.

Pfizer must be held responsible for recklessly neglecting to caution consumers about the dangers of sepsis associated with Xeljanz. There is no plausible justification for Pfizer’s lack of adequate warning labels, which caused some users to develop gangrene, septic shock, and multiple organ failure. Especially when considering Xeljanz labels in other countries included such warnings. If you, or a loved one, have taken Xeljanz and suffered an associated infection or illness, you must contact Jed Dietrich, Esq., distinguished as an Association of American Trial Lawyers Top 100, and his veteran team of Xeljanz sepsis injury attorneys at the Dietrich Law Firm P.C. today! Our battle-tested team is disciplined, dedicated, and determined to get you the best possible result for your sepsis and other related damages in Buffalo, New York, throughout New York State, and beyond. Honored with a Better Business Bureau A+ Rating, our exceptional law firm will fight to provide you with the highest level of personal injury service. Call us today at (716) 839-3939 for your free consultation. The Dietrich Law Firm P.C.’s extraordinary team of attorneys can be reached 24 hours per day and 7 days per week.