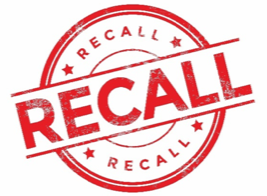 Unfortunately, the Rock ‘N Play Sleeper proved to be hazardous to infants. Research regarding the product failed to disclose the sleeper’s disturbing history of infant injuries and even deaths. Due to these flagrant omissions, parents continued buying the sleeper for several years following the first documented Rock ‘N Play-linked death. Reports of over 59 infant fatalities have all been related to the same type of sleepers. As a result, the Consumer Products Safety Commission (CPSC) ordered a recall of all Rock ‘N Play Sleepers on April 12, 2019. The sleeper is alleged to have asphyxiated infants as they were sleeping in the bed.

Every day Jed Dietrich, Esq. and his top rated team of Buffalo, New York Fisher-Price Rock ‘N Play Sleeper injury attorneys at the Dietrich Law Firm P.C. strive to provide the highest level of personal injury service to parents of babies that suffered sleeper-related injuries in Western New York and throughout New York State. Jed Dietrich, Esq. understands the devastating effects that sleeper-related injuries can have and is prepared to fight for the rights of the families whose lives have been impacted by this dangerous product. The Dietrich Law Firm P.C.’s compassionate team is here to help every step of the way.

The Dietrich Law Firm P.C.’s team of Rock ‘N Play injury lawyers in Buffalo, New York is highly experienced, aggressive, tenacious and hardworking. We are dedicated to obtaining the best possible results for babies injured in sleepers in Buffalo, New York; Rochester, New York; Niagara Falls, New York; throughout New York State and beyond. When you contact the Dietrich Law Firm P.C., recognized as a Best Law Firm of America, we will investigate your claim and determine whether you may be eligible to file a product liability claim against Fisher Price. Since 2005, insurance companies have paid Jed Dietrich, Esq. over $175,000,000.00 in verdicts and settlements to resolve personal injury claims. Let us help you! Contact us today at 716-839-3939 for your free consultation.

How Did The Rock ‘N Play Sleeper Lead To Infant Injuries And Deaths?

In 2005, before the Rock ‘N Play Sleeper was even marketed, the American Academy of Pediatricians (AAP) issued recommendations to place infants on their backs on a firm surface, without any soft materials, in order to decrease the risk of Sudden Infant Death Syndrome (SIDS). Every year, more than 3,500 infants throughout the United States die suddenly due to accidental suffocation or strangulation while sleeping. When designing the Rock ‘N Play Sleeper, which encourages inclined sleeping, Fisher-Price overlooked well-known infant safety sleeping recommendations.

Additionally, the AAP recommended infants should not be placed in car seats or other hard devices for long periods of time, in order to prevent plagiocephaly, also known as flat head syndrome. In 2016, the AAP added that manufacturers should exhibit safe sleep guidelines in their marketing efforts. The National Institutes of Health (NIH) agreed with AAP’s recommendations. Nevertheless, the Rock ‘N Play Sleeper was inclined at 30 degrees and placed infants’ heads at an elevated angle, which violated key principles related to infant sleep safety. When a baby is sleeping on an inclined surface, the baby’s face can push against the fabric, leading to a strangulation. Additionally, the sleeper contained cushioning, which is known to increase the risk of asphyxiation.

Most of the reported deaths were caused by asphyxiation, while the infants were sleeping in the Rock ‘N Play. The deaths typically resulted after the unrestrained infant rolled over, turned or changed positions from sleeping on their backs to their sides or stomachs. The infants that died were too young to fully develop their rolling abilities or even enough bodily controls to avoid asphyxiation.

WAS YOUR CHILD INJURED IN FISHER PRICE’S ROCK ‘N PLAY SLEEPER IN BUFFALO, NIAGARA FALLS, ROCHESTER OR OTHER PARTS OF NEW YORK STATE?

Why Did It Take So Long For Consumers To Find Out About The Sleeper’s Dangers?

Most parents and caregivers were kept in the dark in regards to the Rock ‘N Play Sleeper. There is no record of Fisher-Price disclosing the infant fatality that occurred way back in 2011. The Wall Street Journal reports that since 2005, the CPSC received reports of at least 30 infant fatalities and more than 700 injuries related to the use of the Rock ‘N Play Sleeper, with more than half of those deaths occurring after September 2016. Throughout the last decade, Fisher-Price has received numerous complaints from parents, pediatricians and consumer groups. The Rock ‘N Play Sleeper was not allowed to be advertised in Canada or Australia in the same manner as it was in the United States. Finally, in April 2019, Consumer Reports released an article that noted the multitude of safety violations and 32 infant fatalities connected with the sleeper.

Fisher-Price stated that the information online regarding the sleeper included a safety warning. The safety warning recommended using the sleeper only for babies that were unable to pull up on the sides or roll over. CPSC’s alert indicated that an infant’s capacity to roll begins around three months old. Nevertheless, there are various reports of babies younger than three months dying while in the sleeper. The AAP urged the CPSC to recall the Rock ‘N Play Sleeper because it did not meet their safe sleeping recommendations for babies. Additionally, the AAP asserted that the sleeper placed infants at a risk of rolling into a dangerous position, making them unable to move and leading to strangulation or suffocation.

WAS YOUR CHILD INJURED IN FISHER PRICE’S ROCK ‘N PLAY SLEEPER IN BUFFALO, NIAGARA FALLS, ROCHESTER OR OTHER PARTS OF NEW YORK STATE?

CALL JED DIETRICH, ESQ. AND HIS DEDICATED TEAM OF PERSONAL INJURY ATTORNEYS IN BUFFALO, NEW YORK AT 716-839-3939 TO OBTAIN THE HELP THAT YOU NEED! YOU MUST ACT FAST TO ENSURE YOUR RIGHTS ARE PROTECTED!