The Aggressive, Tenacious, and Hardworking Dietrich Law Firm P.C., Recognized as a Best Law Firm of America, Represents Individuals Who Have Been Injured in PAM Cooking Spray-Related Accidents in Buffalo, New York, and the Greater New York Area. 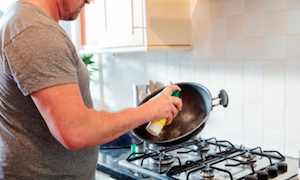 Recently, Conagra Brands has faced lawsuits for injuries caused by their well-known cooking spray PAM. Numerous individuals have brought forward allegations of unsafe products being sold by Conagra, which resulted in exploding cans of PAM and severe burns and fire damage to personal property. In instances when a manufacturer sells a defective product or fails to adequately warn consumers of the potential dangers associated with a product, a defective product liability lawsuit can be brought against the manufacturer.

Jed Dietrich, Esq. recognizes that accidents caused by PAM cooking spray can be life-changing events. For over twenty years, he has represented dozens of clients in personal injury cases and is more than capable of representing you and your loved ones. Call us today at 716-839-3939 or visit us online to schedule your free consultation. Remember, you will never be charged until we secure a win for you!

The Origins Of PAM

PAM was the first non-stick cooking spray to appear on the market in the United States. In 1959, a businessman named Arthur Meyerhoff, Sr. opened a company dedicated to producing cooking sprays, the most iconic of which was called “Product of Arthur Meyerhoff,” or PAM. Many households at the time were seeking alternatives to butter and oil. PAM appealed to them because it provided a quick and easy method to grease pans, muffin tins, and frying pans without the extra hassle of opening a bottle of oil or a stick of butter. 30 years after it first hit the shelves, PAM once again met the demands of an increasingly health-conscious market and started to use canola oil in their sprays. By 2000, PAM had been purchased by Conagra Foods, Inc., a Chicago-based company that owns well-known brands such as Slim Jim, Duncan Hines, Marie Callender’s, and Vlasic. Today PAM remains a staple on the company’s shelves.

DID YOU, OR A LOVED ONE, SUFFER INJURIES FROM A PAM COOKING SPRAY ACCIDENT IN BUFFALO, NEW YORK?

Why Are Cooking Sprays Dangerous?

The dangers of non-stick cooking sprays are a combination of two things: the flammable stimulant, in this case, the oil in the spray, and the pressure of the can itself. Once combined with the mechanism that allows the oil to be sprayed out of the can, a process known as aerosolizing, the incendiary quality of non-stick cooking spray increases, and as a result, becomes more likely to catch fire. PAM cooking spray cans contain a vent on the bottom of the can that allows for any build-up of internal pressure from the aerosolization process to be discharged safely. The lawsuits filed against Conagra alleged that the vents in cans of PAM were opening without warning. Once open, flammable liquid was exposed to potential heat sources and quickly ignited.

Anyone who has suffered a burn from hot bacon grease will be aware of how the grease continues to burn because the oil sticks to the skin. The danger of hot oil is that it remains on the skin and continues to burn, causing second- and often third-degree burns on the body. In one instance, a couple was so focused on putting out the fire in their kitchen that they failed to notice one of them had been burned. He later had to be taken to the hospital to receive medical attention for his injuries. In the event of a severe burn, immediately distance yourself or the injured party from the source of the fire. Use a moist cloth or bandage to cover the burned area to help to reduce swelling and stop the skin from burning. As best as possible, keep calm and immediately seek out medical attention.

Jed Dietrich, Esq. knows that the safety of you and your loved ones is a top priority. It is his mission to ensure that you receive proper representation in your product liability claim and that you obtain the highest compensation possible for your injuries. The team of Buffalo, New York product liability attorneys at the Dietrich Law Firm P.C. are available twenty-four hours a day, seven days a week, and can be reached at 716-839-3939 or online.

In light of the recent lawsuits against the manufacturers of PAM, many households are now seeking new alternatives to what began as an alternative to the non-stick cooking spray. Aside from the potential dangers of exploding cans, cooking spray can pose other health threats. The extra ingredients included in cooking sprays that allow them to function as sprays can also add unwanted ingredients to a recipe. Sometimes, it does not hurt to stick to tried and true methods, especially when it comes to cooking. The best cooking spray substitutes on the market today are: 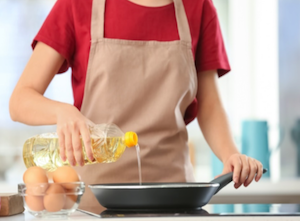 The Dietrich Law Firm P.C. has been helping accident victims throughout Buffalo, New York, for over a decade. In that time, it has championed countless personal injury claims. If you are looking for a team of dedicated, hardworking, and skilled Buffalo injury lawyers to represent you, the Dietrich Law Firm, P.C., is your top choice. For more information on how we might best represent you, call us today for your free consultation at 716-839-3939 or contact us online.