Jed Dietrich, Esq., Commended by Numerous Elite Organizations as an Exceptional Attorney, and His Veteran Team of Lawyers at the Dietrich Law Firm P.C. Aggressively Litigate to Obtain Supreme Results for Victims Diagnosed with Neurological Problems and Other Chronic Health Complications After Being Exposed to Chlorpyrifos in Buffalo, New York. 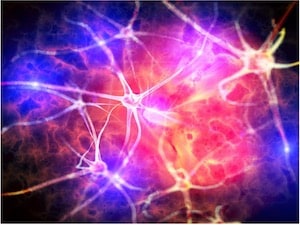 Chlorpyrifos is a popular insect killer marketed under the brand names Lock-On, Lorsban, Dursban, and Cobalt. Each year, approximately 8 million pounds of chlorpyrifos have been sprayed throughout the United States. The insecticide contains a neurotoxic organophosphate (OP) that blocks an enzyme responsible for controlling messages transmitted between nerve cells. When the enzyme is obstructed, it becomes impossible for the nervous system to send signals. This causes the nervous system to break down, eventually exterminating the pest. When chlorpyrifos degrades in humans, it becomes over 1,000 times more poisonous. According to the National Pesticide Information Center (NPIC), victims are exposed to chlorpyrifos through contact with their skin and eyes, inhaling it, and consuming it in contaminated food or water. Additionally, many agricultural workers and families residing near farms that use the insecticide have suffered repeated exposure.

Despite numerous studies linking chlorpyrifos to brain damage in fetuses and young children, the United States Environmental Protection Agency (EPA) rejected a proposal to ban the toxic insecticide in 2019. Consequently, farmers continued to use chlorpyrifos on various crops, including almonds, apples, peaches, strawberries, and oranges. On August 18, 2021, the United States Environmental Protection Agency (EPA) announced that it would stop the application of chlorpyrifos on all food. The agency has finally taken a long-overdue step to protect the public from potentially dangerous consequences of the insecticide. Unfortunately, the ban does little to remedy the unforgivable neurological impairments already caused by chlorpyrifos. If you or your child have suffered serious neurological side effects caused by exposure to the toxic insect killer, you may not even know where to begin. No one should be forced to suffer the emotional, developmental, or neurological damages caused by irresponsible insecticide manufacturers. Even if you were exposed years ago, you owe it to yourself to consult with a highly experienced chlorpyrifos injury attorney.

Jed Dietrich, Esq., a renowned member of the Premier Lawyers of America, has assisted thousands of injury victims throughout New York State by providing the best conceivable legal representation. In just over two decades of practice, Jed Dietrich, Esq. has successfully obtained over $175 Million in judgments and settlements to compensate his clients for their injuries. The Dietrich Law Firm P.C.’s elite team takes a lot of pride in obtaining the best possible result. Our seasoned personal injury lawyers never want our clients to have to worry about not being able to afford their hospital bills. Jed Dietrich, Esq.’s greatest reward is hearing his clients proudly talk about the quality of personal injury representation that the Dietrich Law Firm P.C. provides. We would be honored to discuss the particulars of your chlorpyrifos claim as soon as possible. Please contact our battle-tested team today for your complimentary, no-obligation consultation and case evaluation. We are available twenty-four-seven by calling (716) 839-3939 or by filling out our online consultation form.

Chlorpyrifos is Extremely Harmful to Fetuses and Children 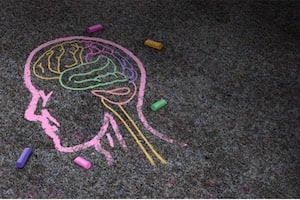 Research has continuously demonstrated a strong correlation between chlorpyrifos exposure and neurological disorders and brain damage. Chlorpyrifos has proven to be especially damaging to the fetuses of pregnant women. A study published in Environmental Research revealed that 87% of newborn babies whose mothers were exposed to the insecticide during pregnancy tested positive for chlorpyrifos. Extended exposure to the insecticide during pregnancy can cause birth defects and significantly alter the neurodevelopment of the unborn baby’s brain. Serious neurological effects from chlorpyrifos that can occur include:

Recent studies have uncovered that neurological and cognitive impairments due to exposure can happen at lower levels than previously stated. Furthermore, prolonged exposure to chlorpyrifos can cause lung cancer and Parkinson’s disease in adults.

WERE YOU, OR YOUR CHILD, DIAGNOSED WITH A NEUROLOGICAL DISORDER AFTER BEING EXPOSED TO CHLORPYRIFOS IN BUFFALO, NIAGARA FALLS, ROCHESTER, OR OTHER PARTS OF NEW YORK STATE?

CALL JED DIETRICH, ESQ. AND HIS TOP RATED AND HIGHLY EXPERIENCED TEAM OF BUFFALO, NEW YORK CHLORPYRIFOS INJURY ATTORNEYS AT (716) 839-3939 NOW TO OBTAIN THE HELP THAT YOU DESERVE!

How Much is Your Chlorpyrifos Lawsuit Worth?

Chlorpyrifos manufacturers, such as Dow Chemical Company, Corteva Inc., and Adama Agricultural Solutions, are now facing a wave of new lawsuits. Victims allege that manufacturers actively concealed injuries caused by their products for many years. Regardless of the severe neurological effects, manufacturers continued to sell chlorpyrifos to unknowing consumers. The Dietrich Law Firm P.C.’s seasoned team of lawyers believe that insecticides sprayed on our food should not cause devastating brain disorders in our children. We acknowledge that many fetuses and children exposed are now suffering severe cognitive effects as adults. If your child was diagnosed with any neurological impairments related to his or her chlorpyrifos exposure, you may be eligible to obtain damages on their behalf through a toxic tort claim, which might include:

If it can be proven that the responsible manufacturer acted with gross negligence or recklessness, punitive damages may also be awarded. Filing a lawsuit can secure crucial compensation to pay for costly treatment as well as provide a sense of justice by holding the liable chlorpyrifos manufacturer accountable for their inexcusable conduct.

Jed Dietrich, Esq., highly praised as one of America's Top 100 Personal Injury Attorneys, possesses both the trial experience and track record to demand the massive settlement that you deserve. Jed Dietrich, Esq. has swayed insurance companies and negligent corporations to forfeit at least $1,000,000.00 or more 38 times to resolve his clients’ injury claims. Our highly devoted team promises not to allow the responsible chlorpyrifos manufacturer to get away with destroying your child’s future. The Dietrich Law Firm P.C.’s top rated Buffalo, New York chlorpyrifos brain damage attorneys are available 24 hours per day and 7 days per week by dialing (716) 839-3939 or by completing our online consultation form. Please do not hesitate to contact our zealous legal team to learn more about your legal rights.