Contact Jed Dietrich, Esq., a Best Lawyer of America and New York Super Lawyer, if You Were Injured as a Result of Vaping in Buffalo, New York; Niagara Falls, New York; Rochester, New York or Throughout New York State. 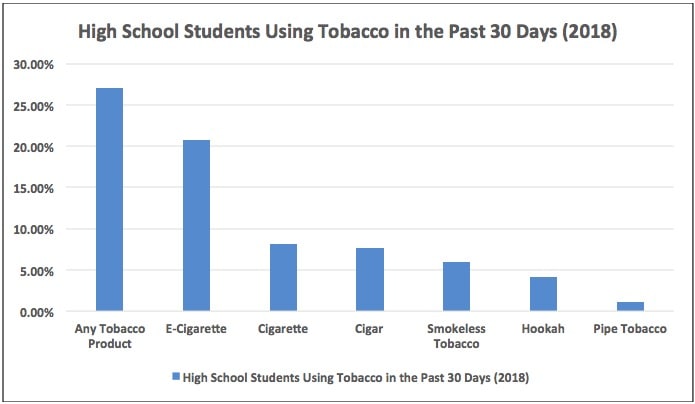 Previously the FDA readily made e-cigarettes widely available to adults using them to quit smoking. However, the FDA decided to intensify its regulation of battery-operated vaping products that release aerosol containing nicotine. Resent research has shown e-cigarettes and personal vaporizers to pose serious risks of danger to users.

Every day the team at the Dietrich Law Firm P.C., a Best Law Firm of America, strives to provide the highest level of personal injury service to the people of Western New York. We are determined, disciplined and dedicated to attempting to obtain the best possible result for vaping injury claims in New York State and beyond. If you were hurt as a result of vaping in Buffalo, New York, the experienced Buffalo, New York vaping injury attorneys at the Dietrich Law Firm P.C. are here to help. Contact us today at 716-839-3939 to find out if you may be entitled to monetary compensation for your injuries.

We believe that you should be compensated for all of the losses that you suffered because of a vaping injury, including your pain and suffering, medical bills and lost wages. Insurance companies have paid Jed Dietrich, Esq. over $175 million to resolve personal injury claims. Hire the Dietrich Legal Team of vaping injury lawyers in Buffalo, New York to battle to attempt to obtain the best result for your vaping injury claim.

The Rise Of Vaping In Schools

It is not unusual to walk into a high school or even middle school bathroom and see students vaping with Juuls. Juuling has quickly become the most popular form of vaping for teen users because they come in a variety of flavors that appeal to young people and can be easily concealed.

Most Juul pods are small enough to easily fit in the palms of students’ hands. Due to the similarity in appearance of Juul pods and USB devices, unsuspecting teachers and parents often incorrectly believe that the Juul vaping devices are USB flash drives. Additionally, most vaping devices tend to be odorless, which enables teenagers to smoke them whenever they want without getting caught—often just blowing the vapor into their sleeves or hoodies during class.

The Centers for Disease Control and Prevention (CDC) warn that vaping and e-cigarette use harms adolescent brain development. In addition, the CDC has launched investigations into nearly 100 cases of pulmonary diseases which are allegedly linked to the use of vaping products—many of which involve teenage and young adult vape users.

Concerns over the use of vaping products among young crowds has moved some school districts, such as the Salamanca City Schools, to crack down on vaping in school. The Salamanca Schools installed ten halo devices in bathrooms and hallways. These devices sense toxins in the air, such as those from the use of a Juul, and then alert district officials when and where the devices have been triggered so that students using vaping devices can be identified and reprimanded accordingly.

Investigation is still ongoing as to the full extent of the dangers of vaping. However, if you may have suffered an injury caused by vaping, contact our team of Buffalo, New York Juul vaping injury lawyers today. We will take immediate action to investigate your injury, determine who is liable to you and file a claim to preserve your rights. Contact us today so that we can help you! We are available 24 hours per day and 7 days per week at 716-839-3939.

The following factors are commonly associated with youth vaping:

If you, or a loved one, were seriously injured as a result of vaping, contact the legal team of Buffalo, New York vaping injury attorneys at the Dietrich Law Firm P.C. today so that we can help you. We are dedicated and determined to get you the best possible result after your personal injury in Buffalo, New York; Niagara Falls, New York; Rochester, New York and throughout New York State. Contact us today at 716-839-3939.

Ways To Reduce Vaping In School

The implementation of anti-vaping programs at national, state and local levels has demonstrated the ability to decrease and prevent the use of vaping products in schools; especially when combined with any of the following activities:

It is crucial for adults to continue doing whatever is in their power to prevent and lessen the use of vaporizers and e-cigarettes among all youth.

It may be unclear for some parents how to protect their teens from all the unnecessary health risks of vaping. Often parents are unaware of the potential dangers their children face with vaping, because vaping has been advertised as healthy alternative to smoking traditional cigarettes. However, it is important for every parent to take preventative measures and warn their kids about the risks of vaping.

Nicotine in any form is not only extremely addictive, but it can also hurt young people in many other ways—having an especially harmful impact on the developing brains of adolescents. Nicotine is often connected with cognitive difficulties and problems with impulse control, which makes it particularly harmful to teens.

If, you suffered an injury caused by vaping, contact our team of Buffalo, New York Juul vaping injury lawyers today for your free consultation. We are available 24 hours per day and 7 days per week at 716-839-3939.

WERE YOU, OR A LOVED ONE, INJURED AS A RESULT OF VAPING IN BUFFALO, NIAGARA FALLS, ROCHESTER OR OTHER PARTS OF NEW YORK STATE?