Jed Dietrich, Esq. and His Team of Lawyers and Paralegals at the Dietrich Law Firm P.C., a Best Law Firm of America, Fight to Obtain the Best Result for People Injured from Vaping or E-Cigarettes. 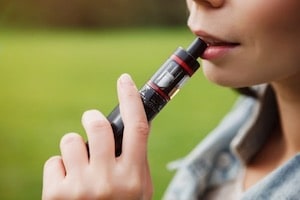 Vaping products are not as safe as vaping companies once promoted them to be. Numerous scientific studies and research data show that the potential dangers from vaping can be equivalent to or even more damaging than conventional cigarettes. Various studies have demonstrated that the harmful impact of vaping can lead to changes in users’ DNA and serious lung problems. Many vape users falsely believed that they could continue to vape without the same negative effects of traditional cigarettes.

Stories of vaping related injuries and deaths are becoming more and more prevalent in New York State and throughout the United States. Tragic happenings like these inspire Jed Dietrich, Esq. to strive to provide the highest level of personal injury service to the people of Western New York each and every day. The Dietrich Law Firm P.C.’s team of vaping injury lawyers in Buffalo, New York is highly experienced, aggressive, tenacious and hardworking. We are determined, disciplined and dedicated to obtaining the best possible results for people injured through vaping in Buffalo, New York; Rochester, New York; Niagara Falls, New York; throughout New York State and beyond.

Since 1999, Jed Dietrich, Esq. has exclusively handled serious personal injury cases. Jed Dietrich, Esq. has battled to obtain over $175 Million in verdicts and settlements for people who are injured in Buffalo, New York and beyond. The Dietrich Law Firm P.C.’s team of highly experienced and top rated Buffalo, New York vaping injury lawyers possess the knowledge and skills necessary to methodically investigate your vaping injuries and ensure that you are in a position to receive the highest possible recovery for your injuries. Contact us today at 716-839-3939 for your free consultation. We can be reached 24 hours per day and 7 days per week.

E-cigarettes and other vaping products hit the market generally unregulated and many scientists and other health experts have been racing to fully comprehend all of the health hazards connected to the extensive range of vaping products.

Until recently, vaping products, which use liquid as opposed to tobacco, were thought to be a less harmful substitute to traditional cigarettes. Vape users believed that they could achieve a similar effect to smoking without the dangerous side-effects of smoke inhalation. Nevertheless, vaping still consists of inhalation of high levels of nicotine, numerous hazardous substances and undetermined chemicals that can result in serious health problems for users. It is especially troublesome that most vapers are not even cognizant of what they are inhaling. Some of the ingredients in vaping liquids have not been approved by the FDA.

Vaporizer and e-cigarette users often inhale the following in their products:

If you, or a loved one, were seriously injured as a result of vaping, contact the legal team of Buffalo, New York vaping injury lawyers at the Dietrich Law Firm P.C. today so that we can help you. We are dedicated and determined to get you the best possible result after your personal injury in Buffalo, New York and throughout New York State. Contact us today at 716-839-3939. 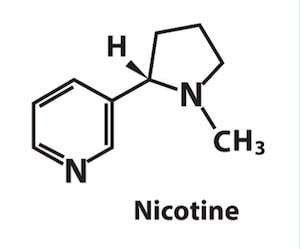 Most vaping liquids contain poisonous toxins and cancer-causing chemicals. Although doctors and researchers are still unaware of all the long-term negative health effects of vaping, recently many dangerous potential side effects have begun to become evident in vapers.

Listed below are potential dangerous side effects of vape and e-cigarette use that have sparked concern amongst health officials:

The frequency of injuries and deaths allegedly linked to vaping is alarming. If you, or a loved one, have been injured from vape or e-cigarette use, you may have a legal right to compensation for the injuries that you suffered. Contact the Dietrich Law Firm P.C.’s team of highly experienced, aggressive, tenacious and hardworking vaping injury attorneys in Buffalo, New York today to learn more about your legal rights. We can be reached 24 hours per day and 7 days per week at 716-839-3939. Call us today!