Jed Dietrich, Esq. is a Best Lawyer of America and New York Super Lawyer Who Fights to Obtain the Best Result for People Injured as a Result of Vaping or E-Cigarette Use.

For almost the past 50 years cigarette advertising has been prohibited on both television and radio. However, manufacturers of e-cigarettes and vaporizers, such as Juul, are still allowed to advertise on tv and other heavily regulated media outlets.

From 2011 to 2014, vaping manufacturers increased spending on advertisements from $6.4 million to a whopping $115 million. Many of the popular messages once commonly used for promoting traditional cigarettes such as self-confidence, rebellion and individuality, are being utilized in vaping advertisements. For these reasons, anti-smoking advocates are fighting to have the same marketing limitations applied to vapes that apply to traditional cigarettes.

The first vaping-related death was recently reported after the victim came down with a mysterious lung disease. According to the U.S. Centers for Disease Control and Prevention (CDC), 193 other vape users have suffered similar symptoms. The seriousness and dramatic increase of sicknesses that vape users have been suffering from is extremely concerning and beginning to have catastrophic consequences.

The Dietrich Law Firm P.C.’s team of vaping and e-cigarette injury lawyers in Buffalo, New York is highly experienced, aggressive, tenacious and hardworking. We are determined, disciplined and dedicated to obtaining the best possible results for injured vapers in Buffalo, New York; Rochester, New York; Niagara Falls, New York; throughout New York State and beyond. We believe that you should be compensated for all of your losses, including your pain and suffering, medical bills and lost wages.

Jed Dietrich, Esq. is a Best Lawyer of America and New York Super Lawyer who has exclusively handled serious personal injury cases since 1999. Jed Dietrich, Esq. has battled to obtain over $175 Million in verdicts and settlements for people who are injured in Buffalo, New York and beyond, including securing outcomes of $1 Million, or more, in 33 separate cases. The Dietrich Law Firm P.C.’s team of highly experienced and top rated Buffalo, New York vaping injury lawyers possess the knowledge and skills to systematically investigate your vaping injuries, and to battle to attempt to obtain the best result for your vaping injury claim. Contact us today at 716-839-3939 for your free consultation. We can be reached 24 hours per day and 7 days per week.

Vaping Is Advertised As A Healthy Alternative To Cigarettes 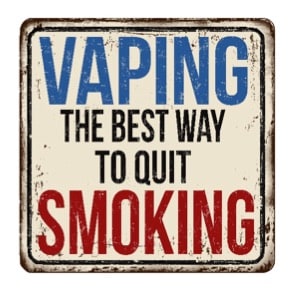 Vaping companies capitalize on the perception that they are disrupting tobacco producers, while driving the revolution to eliminate traditional cigarettes. Vaping is often hyped as a healthier alternative to cigarette smoking. Advertisements commonly feature cigarette smokers’ positive life changes after switching to vaping. E-cigarette manufacturers boast that their products do not generate tar, which is where most carcinogens from tobacco smoke originate. Traditional cigarette companies previously used similar and widely exaggerated health claims, as well as fake medical imagery, to entice Americans to smoke.

Juul dominates the vaping market and makes up over three-fourths of the e-cigarette sales. In its beginning years, Juul relied heavily on social media outlets and television advertisements did not play a big role in promoting its product. However, in 2019, Juul commenced a $10 Million television advertising campaign which was designed to help adult smokers find a healthier alternative to traditional cigarettes. They failed to mention that a single Juul cartridge is equal to approximately one pack of cigarettes. Although Juul is often marketed as a gratifying and safe alternative to traditional cigarettes, it is putting users at risk of a lifetime of nicotine dependency and cigarette consumption.

On August 29, 2019, in an interview with CBS This Morning, Juul Labs CEO Kevin Burns issued a warning to consumers about the Juul vaping product:

“Don’t start using nicotine if you don’t have a preexisting relationship with nicotine. Don’t use the product. You’re not our target consumer.”

Further, labels on the packaging of vaping products are not always dependable gauges of the actual nicotine contents. Research has discovered that mislabeling is a widespread problem and that there are few obstacles to selling vaping products as leisure and recreational apparatuses.

All of vaping companies’ clever advertising has led to considerable confusion about the true health impact of vaping. However, it is noteworthy that e-cigarettes have never been approved by the U.S. Preventative Service Task Force as cigarette quitting aids, and there is very limited research that supports vaping actually helps people to quit smoking traditional cigarettes.

The Dietrich Law Firm P.C. is recognized as a Best Law Firm of America that strives to provide the highest level of personal injury service to the people of Western New York. Vaping illnesses and deaths are mysterious and complex because experts are still not fully aware of all the possible side-effects and dangers associated with vaping. After your vaping injury, our Juul vaping injury attorneys in Buffalo, New York will take immediate action to investigate your injury, engage world-renowned experts to determine who is liable to you and file a claim to preserve your rights. Contact us today at 716-839-3939 so that we can help you!

Since 2011, spending for advertising of vapes and e-cigarettes has dramatically increased. Approximately 70% of middle and high school students have been subjected to various vape ads in stores, online, in magazines, on tv or in movies. It is believed vaping advertisements have greatly added to the rapid increase of vaping among younger users, because youths are particularly vulnerable to the ads. It is estimated that more than 18 million youths were subjected to vaping advertisements in 2014. Repeated exposure to vaping ads is linked to vaping among young users.

The majority of community health advocates are extremely suspicious of vape companies’ claims that their target audience is adults. For example, even when Juul depended primary on social media to promote its e-cigarettes, the featured ads showcased younger users, primarily in their 20s. According to the lead investigator at Stanford Research Into the Impact of Tobacco Advertising (SRITA), Juul’s promotional activities and advertising techniques may have contributed to their vapes being targeted at and sold to young people. 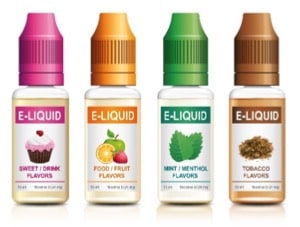 After the FDA decided to get tough on teen vaping, Juul chose to shut down its Facebook, Instagram accounts and other social media outlets. However, the harm is already done as young vapers still post about vaping on social media. In a way, young users are doing the work for the vaping companies. Almost half of vapers that wanted to share information related to vaping did so on Facebook. In addition, researchers examined vaping videos on YouTube and discovered almost 30,000 videos posted by approximately 10,000 different user accounts, with over 100 million combined views.

The rapid increase of recent vaping-related injuries, illnesses and deaths is frightening. If you, or a loved one, were injured as a result of vaping or e-cigarette use, you may have a legal right to monetary compensation for the injuries that you suffered. Contact the Dietrich Law Firm P.C.’s team of highly experienced, aggressive, tenacious and hardworking Buffalo, New York vaping injury lawyers today to learn more about your legal rights. We can be reached 24 hours per day and 7 days per week at 716-839-3939. Call us today!

DID YOU SUFFER AN INJURY FROM THE USE OF A JUUL, PERSONAL VAPORIZER OR E-CIGARETTE IN BUFFALO, NIAGARA FALLS, ROCHESTER OR OTHER PARTS OF NEW YORK STATE?

CALL JED DIETRICH, ESQ. AND HIS TOP RATED AND HIGHLY EXPERIENCED TEAM OF BUFFALO, NEW YORK VAPING AND E-CIGARETTE INJURY ATTORNEYS AT 716-839-3939 NOW TO OBTAIN THE HELP THAT YOU NEED!