Jed Dietrich, Esq., Acclaimed as an American Institute of Trial Lawyers Litigator of the Year and Premier Lawyers of America, and His Exceptional Team of Attorneys at the Dietrich Law Firm P.C. Utilize Hard-Hitting Litigation Tactics to Obtain the Highest Compensation for Clients and Their Children Harmed by Chlorpyrifos in Buffalo, New York; Niagara Falls, New York; Rochester, New York; Throughout New York State and Beyond. 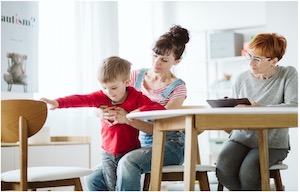 Chlorpyrifos is a toxic pesticide that has been regularly used on various fruits and vegetables to kill pests, including mosquitoes, ants, termites, and roundworms. The organophosphate insecticide, made of colorless or white crystals, was originally employed as a nerve gas by Nazi Germany in World War II. Later repurposed for agricultural uses, chlorpyrifos was patented by Dow Chemical Company in 1966. After its introduction, chlorpyrifos proved to be a highly effective insect deterrent, and widespread use quickly ensued throughout the country. The toxic chemical is now found in our air, food, soil, and drinking water. Unfortunately, studies on humans and animals have repeatedly shown that chlorpyrifos damages the brain and reduces intelligence quotients (IQ) while causing attention-deficit hyperactivity disorder (ADHD) and tremors in children. In adults, the chemical has been linked to countless cases of lung cancer and Parkinson’s disease.

Over the last 55 years, chlorpyrifos was responsible for hundreds of thousands of neurological disorders caused during pregnancy. After being sued, the United States Environmental Protection Agency (EPA) recently banned the use of the insecticide on all food to protect children’s developing brains. While it took way too many years to ban, children will no longer consume food and water tainted with the poisonous insecticide. Suppose you or your child has suffered health problems after being exposed to or handling chlorpyrifos; it is extremely important to contact the Dietrich Law Firm P.C. as soon as possible. You may be entitled to pursue monetary compensation through a toxic tort lawsuit against the manufacturers of chlorpyrifos. In 2005, Jed Dietrich, Esq. established the Dietrich Law Firm P.C. to exclusively represent those severely injured by the negligence of others.

Jed Dietrich, Esq. and his battle-tested attorneys aggressively and tenaciously conquer every case that we take with hard work, dedication, and discipline. As a result of fighting to provide clients with the highest level of personal injury representation, the Dietrich Law Firm P.C. has been distinguished as an American Institute of Personal Injury Attorneys 10 Best Personal Injury Law Firm. Our compassionate team takes considerable pride in treating clients with the admiration and respect that they deserve. We aim to help you get the compensation that you are worthy of so that you can receive proper medical care. Insurance companies and negligent manufacturers have paid over $175,000,000.00 in verdicts and settlements to compensate Jed Dietrich, Esq.’s clients, for their injuries and related damages. Please contact our remarkable team now for your free, no-obligation consultation. We are available twenty-four-seven by dialing (716) 839-3939 or by submitting our online consultation form. 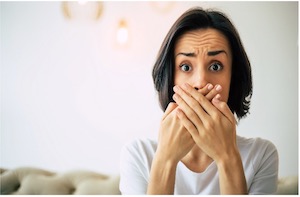 While victims living close to farms where chlorpyrifos was routinely sprayed on crops have been subjected to the toxic, many others were exposed to contaminated drinking water or food. According to the National Pesticide Information Center (NPIC), the insecticide can be harmful if it is inhaled, ingested, or even touches the skin. Short-term side effects and symptoms that can occur following chlorpyrifos exposure include:

In cases of acute poisoning, chlorpyrifos exposure can result in convulsions, difficulty breathing, loss of bladder and bowel movements, seizures, cardiac arrest, unconsciousness, and paralysis. Chlorpyrifos can move throughout the whole body and affect the victim’s nervous system, similar to how it paralyzes pests. Signs and symptoms can emerge in minutes or take several hours following exposure. The above effects typically persist for days or even weeks. During this period, the body attempts to restore the enzymes depleted throughout the nervous system so that it can operate normally again. Continued exposure to chlorpyrifos can cause a wide range of neurodevelopmental disorders in unborn babies, infants, and children, including tremors, birth defects, severe brain damage, autism, and other cognitive deficits.

DID YOU, OR YOUR CHILD, DEVELOP A NEUROLOGICAL DISORDER AFTER BEING EXPOSED TO CHLORPYRIFOS IN BUFFALO, NIAGARA FALLS, ROCHESTER, OR OTHER PARTS OF NEW YORK STATE?

CALL JED DIETRICH, ESQ. AND HIS TOP RATED AND HIGHLY EXPERIENCED TEAM OF WESTERN NEW YORK CHLORPYRIFOS INJURY LAWYERS AT (716)-839-3939 NOW TO RETAIN THE HELP THAT YOU DESERVE!

Filing a Lawsuit Against the Liable Chlorpyrifos Manufacturer

Currently, the principal manufacturers of chlorpyrifos include Corteva Inc., Dow AgroSciences LLC, Adama Agricultural Solutions, FMC Corporation, Dow Chemical Company, and Garda and Platte Chemical Company. By far, Dow is the largest manufacturer of chlorpyrifos in the world. These companies are now facing thousands of toxic tort lawsuits on behalf of victims who have suffered brain damage and other adverse health effects. Chlorpyrifos lawsuits represent the next massive wave of pesticide-related toxic tort cases. Claims center on the notion that manufacturers were aware that when chlorpyrifos degrades in the body, it becomes 1,000 times more toxic. The Environmental Protection Agency even fined Dow for failing to report the adverse incidents associated with the chemical. Manufacturers had a legal obligation to ensure that their insecticide did not result in significant impairment. After suffering irreversible neurodevelopmental disorders caused by chlorpyrifos, victims exposed can hold manufacturers responsible under the following conditions:

Our veteran team of attorneys will thoroughly evaluate your circumstances to determine whether or not you are eligible to pursue a chlorpyrifos exposure claim. There is no possible defense for concealing the risks related to the insect killer. Nothing would please the Dietrich Law Firm P.C.’s battle-tested toxic exposure lawyers more than holding the responsible manufacturer liable for the damage that they have caused. Jed Dietrich, Esq. recognized by the Best of the Best Top 10 Personal Injury Attorneys, and his elite team are passionately determined to obtain the maximum compensation for your chlorpyrifos-related injuries in Buffalo, New York, throughout New York State, and beyond. Insurance companies and dishonest corporations have given Jed Dietrich, Esq. at least $1,000,000.00 or more 38 times to compensate his clients for their injuries and ailments. The Dietrich Law Firm P.C.’s leading team would be honored to help you get through this tough period. For more information, kindly contact our highly experienced litigators today at (716) 839-3939 or by completing the online consultation form.

Call the Dietrich Law Firm P.C. immediately at (716) 839-3939 so that our aggressive, tenacious and hardworking personal injury lawyers can fight to obtain the best result for your personal injury claim in Western New York. We are available 24 hours a day, 7 days a week, and there is never a fee until we WIN for you!