The Relationship Between Paraquat Exposure and Parkinson's Disease

Jed Dietrich, Esq., Recognized as a Distinguished Justice Advocate, and His Team of Aggressive, Tenacious, and Hardworking Attorneys at the Dietrich Law Firm P.C. Fight to Obtain Exceptional Results for Victims Who Have Developed Parkinson’s Disease Because of Paraquat Exposure in Buffalo, New York. 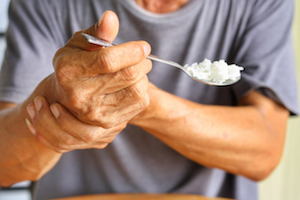 Paraquat is a toxic herbicide widely used in commercial farming. In the past 10 years, the use of the chemical has increased by over 200% in agricultural farms throughout the United States. Nevertheless, paraquat has been banned in at least 32 countries, due to safety concerns, including China and Brazil. During the last 20 years, the scientific community has increasingly scrutinized the effects of paraquat exposure on humans, particularly the risk of Parkinson’s disease. Several researchers have shown that farmers who used paraquat had more than double the risk of developing Parkinson’s as farmers who did not use it.

Several lawsuits have already been filed against manufacturers alleging the companies knew about the neurological risks associated with paraquat but failed to adequately warn agricultural workers and handlers. Considering the vast resources and scientific abilities of paraquat manufacturers, it is almost impossible to believe they never found the link. Despite numerous studies concluding Parkinson’s was strongly associated with paraquat, manufacturers like Syngenta continue to claim there is no connection. If by any chance you, or a loved one, are agonizing with Parkinson’s due to paraquat exposure, our battle-tested attorneys strongly encourage you to contact the Dietrich Law Firm P.C. today.

Jed Dietrich, Esq., distinguished by the Best of the Best Top 10 Personal Injury Attorneys, sympathizes with the devastating impact that Parkinson’s and other related illnesses can have on victims and ultimately their loved ones. The Dietrich Law Firm P.C.’s seasoned team of personal injury attorneys has represented numerous victims whose lives were turned upside down because of toxic exposure. We will thoroughly evaluate the circumstances of your case and determine whether you are entitled to pursue a toxic exposure claim. Having the best attorney in Western New York to fight for you will significantly increase your chances of obtaining the highest possible recovery for your damages.

Heartbreaking stories of agricultural workers developing Parkinson’s or worse inspire Jed Dietrich, Esq. to strive to provide the highest level of personal injury service to victims in Buffalo, New York, throughout New York State, and Beyond. The Dietrich Law Firm P.C.’s elite lawyers understand how to properly and aggressively pursue toxic exposure claims. We will zealously fight to obtain the best possible result for your damages. The Dietrich Law Firm P.C.’s veteran team offers complimentary lawsuit evaluations and consultations. We would be honored to speak with you about your case. Our seasoned team is available 24 hours a day, 7 days a week, at 716-839-3939, or by filling out the online consultation form. There is never a fee unless we WIN for you!

What Is Parkinson’s Disease? 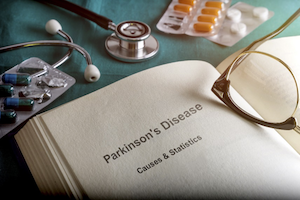 According to the National Institutes of Health, paraquat can increase the risk of developing early-onset Parkinson’s Disease by 250%. After Alzheimer’s disease, Parkinson’s is the second most common neurodegenerative disease. The progressive degeneration disorder with a human onset usually in middle to old age causes dopaminergic neurons in the brain to significantly decline. The main cause of Parkinson’s remained a mystery up until various scientific research began to link Parkinson’s disease to environmental exposures, such as herbicides.

The symptoms of Parkinson’s disease include muscle stiffness in the limbs and body, loss of automatic movements, tremors in the arms and legs, loss of balance and coordination, and slow movement. Other symptoms, such as speech changes and difficult swallowing, are also common. Typically, the above symptoms are present in the early stages of the disease. Parkinson’s tends to affect each sufferer in different ways. While some sufferers are diagnosed with Parkinson’s disease at an earlier age and stay in the early stages for many years, others rapidly progress to stage four.

Stage four Parkinson’s disease sufferers have visible rigidity and bradykinesia. In most instances, these sufferers need help standing up, walking, and moving. By the time sufferers reach stage five, the final stage of Parkinson’s, they normally need a wheelchair and are completely bedbound. In the end-stage of the disease, sufferers commonly undergo non-motor symptoms, such as insomnia, dementia, and incontinence.

In only 25 years, from 1990 to 2015, the number of victims with Parkinson’s disease around the world has more than doubled, from 2.6 million to 6.3 million. Scientists project the number of those afflicted to hit 12.9 million by 2040. Since Parkinson’s is unique, each sufferer endures distinctive symptoms and progresses at a different rate. As always it is extremely important to consult with your doctor if you suffer from Parkinson’s disease or think you may have the disease. Besides the above bodily symptoms, social and emotional changes can also arise. It is important for patients to actively monitor their symptoms and know how they are affected.

Unfortunately, modern medical treatments only provide partial relief of symptoms, as there is still no cure for the chronic disorder. Some medications used to treat Parkinson’s disease are known to cause hallucinations. With the help of their doctors, patients should design specific treatment regimens that feel effective and comfortable. Then, make the appropriate changes to deal with progression as required. Most doctors recommend a team-based approach, including a movement disorder specialist and psychologist, to keep patients physically and mentally strong. It always helps to have strong lines of communication with family and friends. Lastly, our compassionate lawyers suggest considering joining a support group to cope with the day-to-day realities of suffering from Parkinson’s disease. A great resource for people newly diagnosed with Parkinson’s is the Michael J. Fox Foundation.

Since 1999, Jed Dietrich, Esq., recognized as an American Institute of Trial Lawyers Litigator of the Year, has collected more than $175 Million in verdicts and settlements for his clients. The Dietrich Law Firm P.C.’s team of paraquat exposure-related Parkinson’s attorneys is highly experienced, aggressive, tenacious, and hardworking. You may be able to obtain full compensation for all past and future medical expenses, rehabilitation, lost wages from missing work, reduced future earning capacity, pain and suffering, loss of consortium, loss of enjoyment, and any other unanticipated damages. Our honorable commitment to exceeding your expectations and delivering an excellent outcome is what sets us apart from the competition. If you have been exposed to the herbicide paraquat and have Parkinson’s, it is crucial to call our veteran attorneys today at 716-839-3939 to find out more about how we can help you!