The Environmental Protection Agency On Paraquat

Jed Dietrich, Esq., Recognized by Numerous Elite Organizations as a Superior Lawyer, and His Team of Aggressive, Tenacious, and Hardworking Attorneys at the Dietrich Law Firm P.C., Distinguished as a Best Law Firm of America, Strive to Provide the Best Personal Injury Representation to Victims Who Have Developed Parkinson’s Disease After Being Exposed to Paraquat in Buffalo, New York. 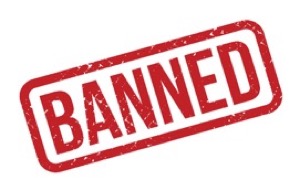 Starting in the 1980s, paraquat manufacturers began introducing their products into new markets. As a result, herbicide poisoning-related deaths began dramatically surging. Countries around the world, such as South Korea, Sri Lanka, South Africa, India, and China, all began to see hundreds of fatalities in agricultural areas. Before Japan banned paraquat, the country witnessed over 1,000 fatal poisonings per year. Perhaps expectedly, paraquat is now strictly prohibited in at least 32 countries. However, paraquat remains one of the most widely used herbicides throughout the United States and many developing countries. Approximately 380 companies still manufacture paraquat worldwide. Gramoxone, manufactured by Syngenta, is extensively sprayed throughout the country. Although both the United Kingdom and China have banned paraquat use on their soils, Syngenta, the Chinese-owned agrochemical giant, continues to export tens of thousands of pounds of paraquat from its factory in England.

Paraquat is a highly toxic substance known for causing severe health issues and death to anyone unfortunate enough to be exposed. The Centers for Disease Control and Prevention (CDC) considers the chemical to be even deadlier than other herbicides. Agricultural laborers and others working or living around commercial farms are at risk of paraquat exposure from inhalation, contact with skin, and accidental ingestion. Research has repeatedly linked long-term paraquat exposure to Parkinson’s disease, an incurable neurodegenerative brain disorder that causes various motor and non-motor symptoms. Additionally, the weed killer is infamous for causing appalling birth defects, seizures, heart failure, and cancer. Regrettably, heartbreaking stories of the damage and chronic illnesses caused by paraquat have become all too common.

The Dietrich Law Firm P.C.’s veteran team has witnessed far too many agricultural workers, and ultimately their families suffer disturbing health problems caused by paraquat and other poisonous chemicals. Harrowing tales like these inspire Jed Dietrich, Esq., to devote his life to seeking justice for paraquat exposure victims in Western New York. For more than two decades, Jed Dietrich, Esq., recognized by the American Institute of Legal Advocates, has led his team of outstanding attorneys to provide his clients with the highest level of personal injury service. Each day, the Dietrich Law Firm P.C.’s seasoned team aggressively negotiates and litigates to obtain the highest compensation for victims in Buffalo, New York, and beyond. Our highly experienced lawyers have a superior reputation for demanding the highest possible compensation. Jed Dietrich, Esq. and his top rated team of elite litigation attorneys, have fought to obtain over $175 million in judgments and settlements on behalf of clients. The Dietrich Law Firm P.C.’s extraordinary ethics, client reviews, peer nominations, and courtroom presence are a few of the countless reasons why you should consider retaining us. Our leading team is available 24 hours a day, 7 days a week, at 716-839-3939, or by completing the online consultation form. 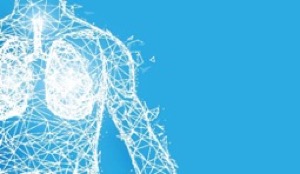 The severity of paraquat exposure symptoms fluctuates depending on how someone was subjected and the amount of exposure. For instance, ingesting a mouthful of the herbicide often results in the abrupt appearance of symptoms and acute poisoning. Farmers, licensed applicators, and mixers that have been in contact with small amounts of paraquat over a long period may not undergo severe symptoms of poisoning. However, the long-term consequences from exposure, such as a heightened risk for developing Parkinson’s, can manifest years later. There is no antidote, and paraquat poisoning is generally fatal. Victims who are fortunate enough to survive acute paraquat poisoning often suffer chronic health problems concerning their vital organs. Short-term side effects and symptoms that can take place shortly after exposure include:

All around the world, roughly 250,000 people use hazardous pesticides to take their own lives each year. Paraquat is one of the most commonly used agents for committing suicide because of its high toxicity.

WERE YOU, OR A LOVED ONE, DIAGNOSED WITH PARKINSON’S DISEASE OR ANY OTHER CHRONIC HEALTH PROBLEM AFTER COMING INTO CONTACT WITH PARAQUAT IN BUFFALO, NIAGARA FALLS, ROCHESTER, OR OTHER PARTS OF NEW YORK STATE?

CONTACT JED DIETRICH, ESQ. AND HIS TOP RATED AND HIGHLY SKILLED TEAM OF BUFFALO, NEW YORK PARAQUAT ILLNESS ATTORNEYS AT 716-839-3939 TODAY TO GET THE HELP THAT YOU DESERVE!

The Environmental Protection Agency is currently conducting a registration review of paraquat. In 2019, the Agency released a Preliminary Ecological Risk Assessment for Registration Review to the public. In response to the public’s comments, the Environmental Protection Agency released their Proposed Interim Decision, which recommended the following safeguards for reducing paraquat exposure:

The Dietrich Law Firm P.C.’s seasoned team is zealously dedicated to fighting for the rights of paraquat exposure victims. Jed Dietrich, Esq., a proud member of the Distinguished Justice Advocates, and his elite squad of Buffalo, New York toxic exposure lawyers will systematically evaluate your case and determine if you are entitled to pursue a lawsuit against the liable manufacturer. Our battle-tested attorneys believe that all victims who were irresponsibly exposed to paraquat deserve justice. You may have a right to damages for your present and future hospital bills, lost time from work, diminished future earning potential, and pain and suffering, loss of enjoyment, loss of consortium, and so much more. Jed Dietrich, Esq. would be honored to discuss your paraquat claim in further detail. The Dietrich Law Firm P.C.’s leading lawyers offer free, non-binding case evaluations and consultations. Our best of the best team is available 24 hours a day, 7 days a week, by dialing 716-839-3939 or by completing the online consultation form. We are prepared to fight relentlessly to force responsible paraquat manufacturers to pay for their mistakes!