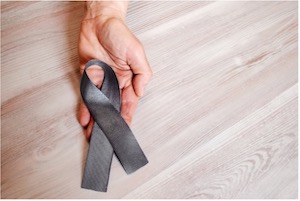 All around the United States, from New York to California, every state where paraquat has been used is witnessing a dramatic increase in the prevalence of Parkinson’s disease. Based on current population projections from the United States Census Bureau, by 2030, an estimated 1,238,000 Americans will be living with Parkinson’s. Recent investigative reports revealed that paraquat exposure increased the risk of young adults developing Parkinson’s by 200 to 600%. Behind only Alzheimer’s disease, Parkinson’s is the second-largest neurodegenerative disease. The progressive degeneration disorder triggers a substantial deterioration of dopaminergic neurons in the brain. Common symptoms of Parkinson’s include stiffness of muscles throughout the limbs and body, tremors in the arms and legs, loss of coordination and balance, loss of automatic movements, slow movement, speech changes, and difficulty swallowing.

Besides the development of neurodegenerative diseases, exposure to paraquat is known for causing cancer, an assortment of birth defects, severe burns, and even death. Michael Eddleston, a clinical toxicology professor at the University of Edinburgh, estimates tens of thousands of fatalities resulted from paraquat poisonings. The death rate caused by paraquat poisoning is 65% higher than all other agrochemicals. Despite over 7 million pounds of the weed killer being sprayed throughout the country, the Centers for Disease Control and Prevention (CDC) regards paraquat as being even more poisonous than other toxic herbicides.

Starting in 2017, hundreds of claims were filed against some of the largest manufacturers of paraquat. As the number of lawsuits continues to multiply, the Judicial Panel on Multidistrict Litigation has ordered all paraquat lawsuits to be consolidated into multidistrict litigation, MDL No. 3004. Paraquat lawsuits are quickly gaining steam and could soon turn into a mass tort case. If you, or a loved one, have suffered from chronic health problems or worse after being exposed to toxic herbicides, there is no better time than now to contact the Dietrich Law Firm P.C. Jed Dietrich, Esq., applauded as an Attorney and Practice Magazine’s Top 10 Personal Injury Attorney, and his leading team of product liability attorneys are devoted to fighting for the rights of paraquat exposure victims. Since 1999, Jed Dietrich, Esq. has exclusively negotiated and litigated serious personal injury cases, including several toxic exposure claims. Having Western New York’s finest personal injury attorney to fight for you will meaningfully increase your probability of winning the highest possible recovery for all of your damages. The Dietrich Law Firm P.C.’s battle-tested team provides complimentary, no-obligation lawsuit evaluations and consultations. We would be honored to discuss your potential paraquat claim further. Our seasoned team is available 24 hours a day, 7 days a week, at (716) 839-3939, or by completing the online consultation form. With dreadful potential consequences on your future and way of life, it is time to lawyer up today! 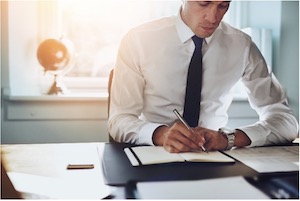 Our elite lawyers believe that there is nothing worse than allowing careless and irresponsible corporations to get away with destroying the lives of innocent victims. Retaining the best possible personal injury lawyer in Buffalo, New York, will force the responsible paraquat manufacturer to take your case seriously. Steps our veteran attorneys will take to show manufacturers of paraquat that we mean business include:

DID YOU, OR SOMEONE YOU CARE ABOUT, GET DIAGNOSED WITH PARKINSON’S DISEASE AFTER BEING CARELESSLY EXPOSED TO PARAQUAT IN BUFFALO, NIAGARA FALLS, ROCHESTER, OR OTHER PARTS OF NEW YORK STATE?

CONTACT JED DIETRICH, ESQ. AND HIS LEADING AND HIGHLY EXPERIENCED TEAM OF BUFFALO, NEW YORK PARAQUAT ILLNESS ATTORNEYS AT (716)-839-3939 NOW TO OBTAIN THE HELP THAT YOU DESERVE!

Obtaining the Maximum Compensation for Your Case

The Dietrich Law Firm P.C. has a superior reputation for obtaining the highest possible compensation for our clients. When the accountable manufacturer discovers that Jed Dietrich, Esq. is representing you, they are likely to offer a top dollar settlement just to avoid facing our top rated team in court. Your paraquat exposure claim is immensely important to us, and our veteran lawyers will do everything within our vast power to get the maximum compensation for your Parkinson’s disease and related damages. We promise never to accept a low-ball settlement offer just to avoid going to court. Our skillful negotiators know precisely how much your case is worth and refuse to accept anything less. Jed Dietrich, Esq., documented as an American Institute of Trial Lawyers Litigator of the Year, has tried more than 100 cases to verdict throughout the country. At the Dietrich Law Firm P.C., our best of the best team prepares each case with the same amount of discipline, dedication, and determination necessary to win at trial.

With numerous lawsuits already filed alleging the paraquat manufacturers knew about the neurological risks connected to paraquat, our battle-tested attorneys strongly encourage you to come forward with your toxic exposure claim today. Insurance companies and negligent corporations have paid Jed Dietrich, Esq. at least $1,000,000.00 or more 38 times to compensate his clients. The Dietrich Law Firm’s unrivaled achievements come from a combination of our painstaking level of preparation and immense legal expertise. We work on a contingency fee basis, meaning you will never pay any up-front costs to retain our world-class legal services. You have absolutely nothing to lose by hiring our best of the best law firm. Jed Dietrich, Esq. would be pleased to speak with you about your paraquat case. Our outstanding team is available 24 hours per day and 7 days per week at (716) 839-3939 or by completing the online consultation form.