Seasoned Paraquat-Related Illness Attorneys in Albany, New York, and Throughout the Capital Region

Jed Dietrich, Esq., a Proud Member of the Million Dollar Advocates Forum and New York Super Lawyer, and His Top Rated Team of Toxic Exposure Lawyers at the Dietrich Law Firm P.C. Fight to Demand the Highest Compensation for Victims Diagnosed with Parkinson’s Disease or Other Adverse Health Effects After Being Exposed to Paraquat in Albany, New York, and Throughout the Capital Region. 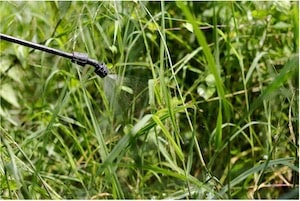 Since the early 1960s, paraquat dichloride (paraquat) has been one of the most popular weed killers used throughout the United States. Paraquat is sold by different manufacturers under various trade names, such as Bonfire, Helmquat, Blanco, and Devour. The chemical substance is known to be extremely toxic to anyone unfortunate enough to come into contact with it. There is overwhelming clinical data linking paraquat to the development of Parkinson’s disease. Additionally, countless deaths have been caused by the accidental ingestion of the herbicide. Paraquat manufacturers, like Growmark and Syngenta, continue to deny the relationship between their products and Parkinson’s. One study uncovered teen and young adults exposed to the herbicide, depending upon the duration, had 200 to 600 percent higher odds of developing Parkinson’s disease.

Even with all the scientific evidence revealing the dangers of paraquat, use throughout the country is at an all-time high. To protect their profit margins, paraquat manufacturers have elected to recklessly ignore the health and safety of hundreds of thousands of farms, pesticide mixers, and families living near no-till farms. Starting in 2017, hundreds of claims have been filed against manufacturers on behalf of victims who developed Parkinson’s after being exposed to paraquat. If you, or a loved one, have been diagnosed with Parkinson’s after coming into contact with paraquat, although no amount of money can reverse the damage to your brain tissue, you may be eligible to file a product liability lawsuit.

The Dietrich Law Firm P.C. sympathizes with your feelings of anger, agony, and uneasiness after being diagnosed with Parkinson’s. We understand that progressive neurodegenerative disorder can place sufferers in a fight to maintain their lifestyles. Pursuing your claim can provide a sense of justice by holding the responsible paraquat manufacturer liable for their indifference and deplorable conduct. Costly litigation typically persuades companies to be more focused on producing safer products and not exposing future victims to detrimental toxins. Jed Dietrich, Esq., much-admired as one of America's Top 100 Personal Injury Attorneys, has been litigating serious personal injury and product liability cases for more than two decades and possesses both the expertise and proven results to demand the compensation you deserve. Jed Dietrich, Esq. has forced insurance companies and negligent companies to pay over $175,000,000.00 in verdicts and settlements to resolve personal injury claims. Our battle-tested team vows not to allow irresponsible paraquat manufacturers to get away with destroying your life. The Dietrich Law Firm P.C.’s team of highly experienced and elite Albany, New York paraquat injury lawyers will ensure that you are in a position to receive the highest possible recovery for your damages. Our remarkable team is available 24 hours per day and 7 days per week by calling (716) 839-3939.

Parkinson’s is the second most widespread neurodegenerative disease in the world. The progressive degeneration disorder causes dopaminergic neurons in the brain to deteriorate. While no Parkinson’s sufferers have the same symptoms, indications commonly present in the early stages of the disease include:

WERE YOU, OR A LOVED ONE, DIAGNOSED WITH PARKINSON’S DISEASE
AFTER BEING SUBJECTED TO PARAQUAT IN ALBANY, THROUGHOUT
THE CAPITAL REGION OR OTHER PARTS OF NEW YORK STATE?

CONTACT JED DIETRICH, ESQ. AND HIS LEADING AND HIGHLY EXPERIENCED
TEAM OF ALBANY, NEW YORK PARAQUAT AILMENT LAWYERS AT
(716) 839-3939 NOW TO OBTAIN THE HELP THAT YOU DESERVE!

Determining Compensation for Your Paraquat Case 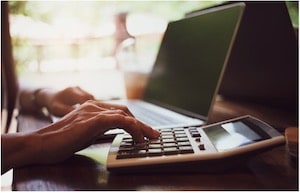 The Dietrich Law Firm P.C.’s Albany, New York toxic exposure attorneys acknowledge that victims who develop Parkinson’s disease caused by paraquat exposure may be incapacitated or worse. Our outstanding team strongly believes that herbicides used on crops should not cause such devastating health consequences. It is estimated that victims seriously affected by Parkinson’s pay over $26,000 annually for their medical care. Victims diagnosed with any chronic health problems following their exposure to paraquat may be eligible to receive monetary compensation for injuries through a product liability claim, which may include:

To accurately calculate the anticipated value of your claim, our elite attorneys must determine the scope and nature of all your damages. Several factors can meaningfully influence the amount of compensation you will obtain, such as your overall physical condition before developing Parkinson’s, age, occupation, the pain and symptoms caused by your treatment, any necessary future care, and expected lifespan.

The Dietrich Law Firm P.C.’s battle-tested toxic exposure lawyers are here to hold paraquat manufacturers accountable. There is no excuse for failing to adequately warn farmers about paraquat’s hazards. Jed Dietrich, Esq. and his top rated team constantly strive to provide the finest personal injury representation to victims suffering from health ailments after exposure to toxic chemicals. Our veteran team promises to take measures to investigate your health issues, ascertain legal responsibility, and file a lawsuit to protect your right to compensation. We are enthusiastically devoted to obtaining the best possible result for your paraquat-related Parkinson’s and all other damages in Albany, New York, throughout the Capital Region, and beyond. Insurance companies have paid Jed Dietrich, Esq. at least $1,000,000.00 or more on 38 separate occasions to compensate his clients for their injuries and illnesses. The Dietrich Law Firm P.C.’s select team would take great pleasure in helping you pull through this challenging time. Please contact our highly skilled litigation powerhouse today at (716) 839-3939 or by completing the online consultation form.

Call the Dietrich Law Firm P.C. immediately at (716) 839-3939 so that our aggressive, tenacious and hardworking personal injury lawyers can fight to obtain the best result for your personal injury claim in Albany, New York. We are available 24 hours a day, 7 days a week, and there is never a fee until we WIN for you!