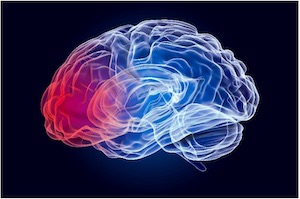 Paraquat dichloride, referred to as simply paraquat has become one of the most widely sprayed weed killers throughout the United States. The poisonous chemical is applied on more than 100 different types of crops as a post-harvest drying agent and to destroy weeds. Unfortunately, paraquat has destroyed a lot more than just unwanted plants. The toxic herbicide has devastated the lives of tens of thousands of innocent farmers, certified applicators, those who have worked in paraquat manufacturing factories, pesticide transporters, and families living near commercial farms. While many victims have been subjected to paraquat in the atmosphere, others inadvertently ingested small particles.

The toxic herbicide presents incalculable hazards to plants, animals, and people. Small particles of the paraquat can cause kidney and liver failure, first-degree burns, esophageal strictures, heart failure, total respiratory failure, cancer, and death. Not to mention, paraquat exposure is known for heightening the risk of developing Parkinson’s disease by as much as 600%. It is not surprising that various countries throughout the world, such as Brazil, China, and the European Union, have all banned or started gradually eliminating the use of this weed killer. Many harvesters and other unsuspecting victims would have surely been able to avoid catastrophic health problems if only paraquat manufacturers adequately warned the public. Instead, these careless and irresponsible companies continued marketing their venomous herbicides.

In 2016 alone, more than 7 million pounds of paraquat tainted close to 15 million acres of farmland throughout the country. Jed Dietrich, Esq., highly praised as an Association of American Trial Lawyers Top 100, and his veteran team of Buffalo, New York personal injury lawyers are here to help should you, or someone you care about, have developed Parkinson’s after being exposed to this toxic weed killer. The best approach to determine if you are eligible to file a lawsuit is to obtain a free, no-obligation case evaluation from our paraquat exposure lawyers.

Painful stories of paraquat-related illnesses have become all too common throughout Western New York. Jed Dietrich, Esq. has compassion for those who have developed Parkinson’s and their families. The Dietrich Law Firm P.C.’s best of the best team has proudly battled for plenty of victims whose lives were ruined due to exposure to hazardous substances. Jed Dietrich, Esq. has successfully negotiated and tried cases to obtain over $175 Million in verdicts and settlements for clients who are injured in Buffalo, New York, throughout New York State, and beyond. We promise that no other lawyer will fight for you harder and smarter than the Dietrich Law Firm P.C. Our zealous team is available twenty-four-seven by dialing (716) 839-3939 or by completing the online consultation form. We are prepared to fight for every dollar that your damages merit!

Were You Recently Diagnosed With Parkinson’s Disease? 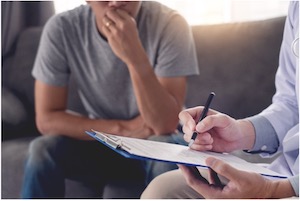 While brain scans are generally performed to exclude other neurodegenerative diseases, they usually fail to detect evidence of Parkinson’s. The early signs and symptoms of the disease are often mistakenly assumed to be normal consequences of aging or other medical conditions. This can make diagnosing Parkinson’s difficult, especially in its early stages. Diagnoses are traditionally made based on a combination of the sufferer’s medical records and a comprehensive neurological checkup. Oftentimes, continuous monitoring is required before the symptoms start to become more persistent.

While a Parkinson’s diagnosis may come as a surprise to some, it can help justify previously unexplained symptoms. Either way, it often leaves victims overwhelmed, worried, and frightened about their futures. As you begin dealing with your emotions, it is crucial to remember that you are not alone. When you feel that you are ready, connect with other Parkinson’s sufferers and try to build a solid support network. The Parkinson’s Foundation offers a strong community, vast resources, and advice to support you and your loved ones. You may consider signing up for PD Conversations. The online community was designed to help those who have been newly diagnosed connect with others and discuss specific topics of interest. Another excellent resource for people recently diagnosed is the Michael J. Fox Foundation.

CONTACT JED DIETRICH, ESQ. AND HIS ELITE AND HIGHLY EXPERIENCED TEAM OF BUFFALO, NEW YORK PARAQUAT EXPOSURE ILLNESS LAWYERS AT (716)-839-3939 NOW TO OBTAIN THE HELP THAT YOU NEED!

Unfortunately, there is still no cure for Parkinson’s disease. Scientists estimate the number of those living with the disorder will reach nearly 13 million by 2040. Parkinson’s is a neurodegenerative disease that contributes to the progressive breakdown of the nervous system and dopaminergic neurons in the brain. Symptoms tend to worsen over time. The typical patterns of progression in Parkinson’s are categorized by stages. The five stages of the disease include:

The Dietrich Law Firm P.C.’s dream team of personal injury attorneys is ardently committed to aggressively fighting for the legal rights of paraquat exposure victims. We have wide-ranging experience in demanding justice for clients, as well as the knowledge and expertise necessary to successfully litigate your case. Our battle-tested lawyers will systematically evaluate your health issues and accurately determine your chances of negotiating a settlement or winning at trial. If we can establish that paraquat exposure led you to develop Parkinson’s, you could receive damages for past and future hospital bills, missed time from work, reduced future earning capacity, and pain and suffering, loss of enjoyment, and other imminent consequences. Our overriding objective is to get the responsible paraquat manufacturer to pay you the highest possible compensation. The Dietrich Law Firm P.C.’s seasoned lawyers are happy to provide you with a complimentary case evaluation and consultation. Jed Dietrich, Esq. would be honored to discuss how paraquat exposure caused your Parkinson’s disease. Our outstanding team is available 24 hours a day, 7 days a week, at (716) 839-3939, or by completing the online consultation form.