Determining the Value of Your Paraquat Claim

Determining the Value of Your Paraquat-Related Injury Claim

Jed Dietrich, Esq., Distinguished as an American Institute of Trial Lawyers Litigator of the Year and New York Super Lawyer, and His Elite Team of Lawyers at the Dietrich Law Firm P.C. Fight to Obtain the Best Result for Victims Who Have Suffered from Illnesses Caused by Exposure to Paraquat in Buffalo, New York; Niagara Falls, New York; Rochester, New York; Throughout New York State and Beyond. 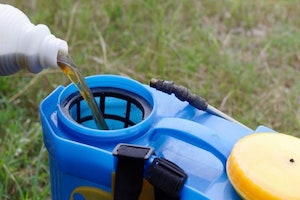 Paraquat dichloride (paraquat) is an extremely toxic herbicide that is primarily used to kill weeds and defoliate crops before harvest. It is one of the most widely used weedkillers registered in the country. Nevertheless, there is strong scientific evidence connecting paraquat to the development of Parkinson’s. Since 2017, numerous lawsuits have been filed against manufacturers of paraquat, such as Syngenta and Growmark. Complaints filed across the country, on behalf of agricultural workers and mixers, alleged victims had developed Parkinson’s disease (PD) after exposure to paraquat. One study revealed teen and young adult victims exposed to the herbicide had an increased Parkinson’s disease risk of 200 to 600 percent, depending upon their period of exposure. Parkinson’s is a progressive neurodegenerative disorder that eventually causes patients to become debilitated. Unfortunately, there is no cure for Parkinson’s disease or any treatments to reverse the damage to brain tissue.

After numerous fatalities were connected to accidental ingestion of paraquat, the Environmental Protection Agency (EPA) implemented mandatory training for anyone before being permitted to mix or apply the herbicide. Despite numerous studies detailing the detrimental health risk associated with paraquat, the EPA has until October 2022 to determine the future use of it. Manufacturers continue to claim that there is no relationship between paraquat and Parkinson’s. Many scientists believe that manufacturers will continue to refute the known risks, regardless of the scientific evidence, to protect their profits. It is alleged that manufactures, such as Chevron Chemical Company, chose to recklessly disregard agricultural workers’ health and safety in pursuit of larger profit margins. If you, or a loved one, have been diagnosed with Parkinson’s after being exposed to paraquat, although no amount of money can erase your pain and suffering, you may have the right to file a product liability lawsuit.

The Dietrich Law Firm P.C.’s battle-tested toxic exposure attorneys believe that manufacturers should be held accountable for failing to properly warn farmers about the dangerous risks linked to paraquat. Our seasoned team will take immediate action to investigate your health ailment, determine liability, and file a claim to preserve your rights. We are determined, disciplined, and dedicated to obtaining the best possible result for your paraquat-related Parkinson’s and all other damages in Buffalo, New York; Niagara Falls, New York; Rochester, New York; throughout New York State and beyond. Insurance companies have paid Jed Dietrich, Esq. at least $1,000,000.00 or more 38 times to compensate his clients for their injuries. The Dietrich Law Firm P.C.’s elite team is here to help you through this tough time and will treat you with the respect and compassion that you deserve. Contact our highly experienced law firm today at (716) 839-3939 or by filling out the online consultation form.

Calculating Compensation for Your Paraquat Claim 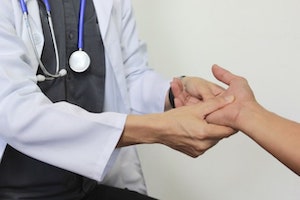 The Dietrich Law Firm P.C.’s battle-tested team acknowledges that victims unfortunate enough to develop Parkinson’s disease due to paraquat exposure may be completely debilitated or worse. Our veteran personal injury attorneys strongly believe that herbicides widely used throughout the country should not cause toxic exposure. It is estimated that individuals suffering from Parkinson’s spend $26,400 per year on their care. Victims diagnosed with Parkinson’s disease or other health issues after exposure to paraquat may be entitled to seek monetary compensation for injuries through a product liability claim, which may include the following compensation:

Accurately assessing the anticipated value of your case involves determining the types and scope of all your damages. A variety of different elements can significantly influence how much compensation you will receive, such as your age, occupation, overall health before developing Parkinson’s disease, the pain and side effects resulting from your treatment, any crucial future treatment, and total life expectancy.

DID YOU, OR A LOVED ONE, DEVELOP PARKINSON’S OR ANOTHER RELATED SICKNESS BECAUSE OF EXPOSURE TO PARAQUAT IN BUFFALO, NIAGARA FALLS, ROCHESTER OR OTHER PARTS OF NEW YORK STATE?

CALL JED DIETRICH, ESQ. AND HIS TOP RATED AND HIGHLY EXPERIENCED TEAM OF BUFFALO, NEW YORK TOXIC HERBICIDE ILLNESS LAWYERS AT (716) 839-3939 NOW TO OBTAIN THE HELP THAT YOU NEED!

The loss of a family member because of paraquat exposure can put loved ones in an extremely tough situation both emotionally and financially. For those who lost a family member because of paraquat, although nothing can eliminate your loved one’s pain or the agony caused by their untimely loss, you may be eligible to file a wrongful death lawsuit against the liable manufacturer and any other parties found to be responsible. Wrongful death claims are intended to provide surviving family members with monetary compensation and comfort after their untimely loss. Determining damages in a wrongful death lawsuit is a very complicated undertaking that typically requires the assistance of a forensic economist and other expert witnesses. The victim’s family may be entitled to recover compensation for past and future losses, including:

Our compassionate attorneys realize that no amount of money can bring your loved one back, but compensation can help provide some much-needed assistance. Above all, a filing wrongful death lawsuit can provide a sense of justice by holding the responsible paraquat manufacturers accountable for their indifference and unacceptable behaviors. Costly litigation often motivates companies to be more concerned with the public’s health and not expose future victims to harmful toxins.

Bringing a legal claim against the responsible manufacturer serves justice against deceptive advertising practices, placing profits above the welfare of others and the senseless destruction they have caused. Jed Dietrich, Esq., acclaimed as a Top 3 Personal Injury Lawyers in Buffalo, has been handling serious personal injury and product liability cases for more than 20 years and possesses both the expertise and verified results to help you get the compensation you deserve. Insurance companies have paid Jed Dietrich, Esq. over $175,000,000.00 in verdicts and settlements to resolve personal injury claims. Do not allow careless and irresponsible herbicide manufacturers to get away with ruining your life. The Dietrich Law Firm P.C.’s team of highly experienced and top rated Western New York paraquat injury attorneys will ensure that you are in a position to receive the highest possible recovery for your injuries. Our team is available 24 hours per day and 7 days per week at (716) 839-3939.