Jed Dietrich, Esq. and His Team of Lawyers at the Dietrich Law Firm P.C. Will Fight to Obtain the Best Result for Your Buffalo, New York Paragard IUD Personal Injury Case. 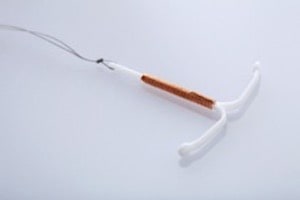 Women are often faced with finding an effective method of birth control that suits their lifestyle and is also safe. Various concerns about oral contraceptives have led many women to consider other options such as intrauterine devices, commonly referred to as IUDs. Once an IUD is inserted, the device acts as a long-term method of birth control, which can last between 3 to 10 years depending on the brand and the type of IUD. This low maintenance feature makes these devices attractive to women with active lifestyles. Unfortunately, this method of birth control can also cause serious personal injuries.

If you have suffered a serious personal injury as a result of a Paragard IUD, you may be entitled to compensation. The Dietrich Law Firm P.C. has a highly experienced team of Buffalo, New York Paragard IUD personal injury lawyers. Our team will be happy to provide you with a FREE consultation on your case. The Dietrich Law Firm P.C. is available twenty-four hours a day and seven days a week by going online or by calling 716-839-3939.

Paragard IUDs are non-hormonal which means that they do not use hormones to prevent pregnancy. Instead, according to the Mayo Clinic, the copper wire that is coiled around the device produces an inflammatory reaction that is toxic to sperm and eggs, which prevents pregnancy. Paragard maintains that the Paragard IUD can remain active for up to ten years. Paragard warns consumers about several mild and short-term side effects that may occur, such as bleeding between menstrual periods, severe cramping and stomach pain, and severe menstrual pain. 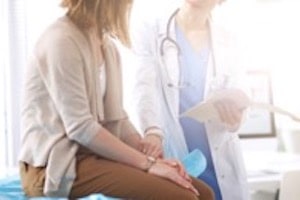 Paragard states that if you have serious pain or bleeding that will not subside, you should immediately contact your healthcare provider for advice. It is important to note that problems and defects with a Paragard IUD may necessitate an emergency hysterectomy. A hysterectomy is a procedure that involves completely removing the patient’s uterus. When a woman has a hysterectomy, she loses the ability to become pregnant. As a result, problems associated with a Paragard IUD can have a devastating and life-altering impact.

You may be entitled to compensation if you, or someone you love, suffered a serious personal injury from a Paragard IUD. In cases of personal injury from a medical device, it can be challenging to prove that the provider is liable for the injuries. The Dietrich Law Firm P.C., recognized as a Best Law Firm of America, will work diligently to investigate your case and fight to get you the compensation you deserve. Our team of top rated Paragard IUD personal injury lawyers in Buffalo, New York have a track record of success. Call us at 716-839-3939 for your FREE consultation.

The frequency with which side effects from Paragard IUDs have been reported highlights concerns that there may be issues with the device itself. It is believed that Paragard complications may have been underreported by medical professionals, creating a false sense of security. It is believed that manufacturers neglected to provide appropriate warnings that the T-shaped IUD arms may break off. This could be a result of the fact that the Paragard design has not been updated since it was created in the 1980s.

The copper Paragard IUD becomes less effective over time and may not work effectively through its 10-year life span. It is more likely to result in an unplanned pregnancy the longer it is used. With the IUD in place, the unexpected pregnancy will likely be an ectopic pregnancy which could put the mother and the baby at risk. If you suffered a serious injury from a Paragard IUD, you might be entitled to compensation for your injuries. Jed Dietrich Esq. and his top rated team of Paragard IUD personal injury lawyers in Buffalo, New York, can help. We will investigate your case and help you determine liability, and there is never a fee until we win for you!

At the Dietrich Law Firm P.C., we understand that a Paragard IUD personal injury might have led to the inability to have children. Our compassionate team of Buffalo, New York Paragard IUD personal injury lawyers understands that this is an upsetting and difficult time in your life. We promise to handle your case with care and diligence while fighting to get the best possible result. Call the Dietrich Law Firm P.C. today at 716-839-3939 and let us fight for you!

DID YOU SUFFER A SERIOUS PERSONAL INJURY FROM A PARAGARD IUD IN BUFFALO, NIAGARA FALLS, ROCHESTER OR OTHER PARTS OF NEW YORK STATE?